Kieran McGeeney responds to critics who called Armagh 'an embarrassment'

Armagh manager Kieran McGeeney has defended his side's quarter-final exit from this year's Ulster Senior Football Championship and said that he has to put up with a lot of 'slabbering' from the pundits.

Armagh were dumped from their provincial championship by eventual finalists Fermanagh last month after a 0-12 to 0-7 defeat at Brewster Park in Enniskillen.

The Orchard county rebounded on Saturday with a convincing 3-16 to 1-11 win over Westmeath in the first round of the All-Ireland qualifiers and McGeeney was quick to highlight that his side were missing a third of the team that advanced to the All-Ireland quarter-final against Tyrone last year.

"When you consider the players that are taking time out – and there's no animosity between our players and them – they're young lads who wanted a break and wanted to travel.

“People maybe have to step back and take a deep breath before they start slabbering.

“[We were called] an 'embarrassment'. Fermanagh are a good team. It was tit for tat between us for a while and we lost a man early in the second half and for people to call us an “embarrassment”, it's tough to take. But when a Division One team gets beaten, it's just they didn't turn up.

“It's interesting when you're standing from my perspective. I listen to teams who are depleted, who are missing one or two, and we're missing 10 and we are an “embarrassment”.” 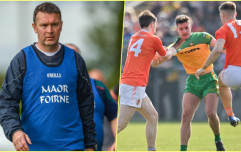 END_OF_DOCUMENT_TOKEN_TO_BE_REPLACED

Colin Kelly resigned as manager of Westmeath following the defeat ending his lone season in charge of the Lake County.

Kelly cited travel and family reasons for his resignation from the post.

“It’s a massive commitment for me; I’ve a young family getting to the age now – I’ve a young girl and boy playing soccer and Gaelic in Dublin," he said in a statement. 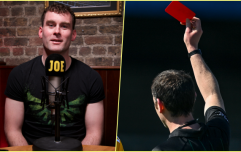 END_OF_DOCUMENT_TOKEN_TO_BE_REPLACED

"Today I was at soccer in Wicklow and I came straight to here. That’s not an excuse; I’ve enjoyed my time here. I’ve a great relationship with Billy Foley and Pat Reilly (Chairman and Secretary of the County Board) and I’ve made some great friends among the players,” he said.

“We’ve had some fun along the way and maybe it’s time for a Westmeath man to take it on.”

“Colin’s commitment to Westmeath was outstanding right throughout the year and we really appreciate his and his team’s efforts during the past year,