"Jim Gavin does not trust his bench"

If we go back to the 2018 All-Ireland final against Tyrone, Jim Gavin had five substitutions made by the 67th minute.

His faith in his replacements clear for all to see. Rewind another year to that thriller against Mayo and the Dublin manager had four subs on by the time the clock had struck 64. A 19/20 man game. Dublin's late arrivals, a la Diarmuid Connolly in that 2017 final, often made game-changing impacts.

The 2019 final told a very different story. Dublin stuck in a tight game against Kerry but their bench was a lot less active.

By the 67th minute, Paddy Small was the only sub to have joined the action. Connolly, Costello and McManamon got their call but they didn't have long to leave an impression.

A strange one for Dublin, especially when you consider that this second half was crying out for fresh legs.

We took a look at this season as a whole to find out why that might be the case. The Super 8s is where the story begins.

So after a decent Leinster campaign where he showed glimpses, Cormac Costello was given his chance ahead of Dean Rock in the Cork game. The Whitehall-Colmcille man was the first sub off on 45 minutes. He'd hit 0-1 but also knocked a couple wide. The inconsistency that has dogged his career still present. 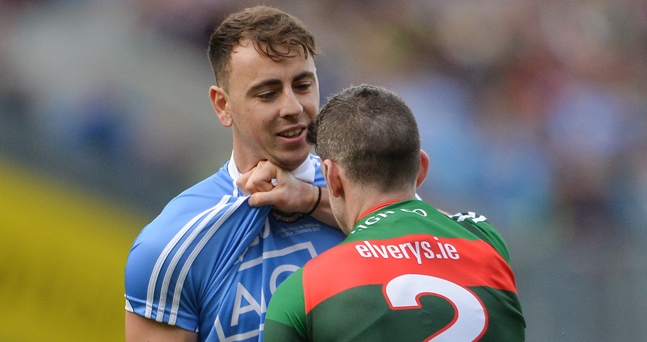 END_OF_DOCUMENT_TOKEN_TO_BE_REPLACED

Next up was Roscommon. A perfect opportunity for Gavin to see what's available to him. Small, McManamon and Andrews get the call relatively early in the second half but Small is the only man to make a real impression, hitting 0-3 from play in half an hour.

Hard to read too much into that though, given that the game was a dead duck by half-time. So then game three. A dead rubber v Tyrone and Jim Gavin gives the second string the start.

Meh. None of the forwards score more than 0-2 from play. The young Sean Bugler did more than most in midfield. This is no slight on these younger players, it's more of a reflection on what we're used to seeing from Dublin.

Players like Bernard Brogan, Paul Flynn and Connolly used come on. Maybe not in their pomp. But not far off it. Jim Gavin had years of trust built up in these lads. They still had it in them to change games.

Just like the Kerry bench did on Sunday. Spillane and Walsh turned it on its head. That same game-breaker doesn't appear to be on the Dublin bench. The fact that Costello, a super-sub in the past, was held back until the 67th minute shows that he might not be in the form of years gone by

"That's why Connolly was brought back in and it's why there were very few substitutions made," continued Cian Ward.

"They haven't made any impact on any of the games, the evidence of the lack of substitutions tells you that he doesn't trust them." 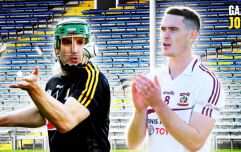 END_OF_DOCUMENT_TOKEN_TO_BE_REPLACED

One player who can feel a little bit unlucky in this regard is Eric Lowndes. The defender/midfielder always makes an impact on introduction and could have been trusted with to curb Sean O'Shea's influence as he roamed free in the final minutes.

"It's very surprising to me that Eric Lowndes wasn't in there, he always does  well," added Ward.

"Wouldn't he be the perfect utility man," said Wooly.

"Take off a forward, bring on Lowndes. Why wouldn't you have him there because he can do a job anywhere in that middle third, with great pace and power..."

Could Dublin's knockout blow suddenly be their Achilles Heel?

You can watch The GAA Hour All-Ireland final review show.


popular
The SportsJOE 12 o'clock quiz | Day 191
Manchester United launch sensational bid to sign N'Golo Kante
QUIZ: Guess the Premier League footballer from their Wikipedia page
QUIZ: Can you name every top European football club that begins with 'L'?
"I remember looking at the players, in the warm-up, and Keats was just bawling crying"
The SportsJOE 12 o'clock quiz | Day 190
Conor McGregor shares DMs from Dana White to justify boxing comeback
You may also like
1 month ago
"I'd say to fellas 'if you bring a friend and they stay playing, we'll give you a prize"
1 month ago
"That's a risk I'd be willing to take" - Byrne ready and raring for a championship
1 month ago
Goal disallowed in Dublin SFC because player wasn't wearing his gumshield
2 months ago
The former Dublin minor star that led Ireland to Grand Slam glory
3 months ago
No promotion or relegation in Dublin championship in 2020
4 months ago
Seven-time All-Star Goldrick using time off to strengthen and improve
Next Page