He was one of the most distinguishable hurlers to have played the game with his bright red helmet and his fiery on-field persona.

His energetic, blazing style and ability was rewarded with plenty of success too, with the Tullaroan man winning a whopping nine All-Stars, nine All-Ireland medals and one Hurler of the Year accolade along the way with Kilkenny.

The almighty half back had his decorated career deservedly hailed with an episode of Laochra Gael dedicated to him on Wednesday night.

The Kilkenny man was heralded by former team-mates, opposing players and managers alike during the TG4 production.

Former Galway hurler Cathal Moore was struck with the teak toughness of the Tullaroan man - “He was able to give a belt, but he was able to take them too.” Walsh was famed for his no-prisoners type approach. He was able to swing that Hurley of his as Eoin Kelly, Damian Hayes, Andy Smith and even referee Brian Gavin found out to their cost.

As Walsh himself said of going in full tilt - "If you can't see the ball, you pull where you think it is."

Former Tipperary star Eoin Kelly faced Walsh on numerous occasion in the past. He knew that judging the 5-foot-8 dynamo on his small frame was only done at his opponents peril:

One of Walsh’s most honed skills was his prowess under the dropping ball. His ability to jump higher and more aggressively than taller and wider opponents made a mockery of the theory that small men can’t compete in the air.

Eddie Brennan played alongside Walsh for much of his Kilkenny career and what stood out for him was Tommy’s ferocious competitiveness on the training field. “The biggest problem I had with him was that he was hurling the ears off me most nights in training," he said. "Tommy just wanted to be on the team more than anyone I’ve ever seen.”

Brennan recalls one instance of how he, as a forward was sent out to mark Walsh who was playing wing back. A true testament to the marauding and influential nature of Walsh’s game was that forwards marked him, not the other way around. “That was it in a nutshell, you were sent out to mark him, I always thought it was the other way around that backs marked forwards.” Brennan said.

You get the impression off Walsh that he just hated missing out on playing, such was his hunger for the ball and for the game. The man absolutely lived and breathed hurling. This hunger was never more so apparent than in the build up to the 2007 All-Ireland final against Limerick.

“Before the match, for whatever reason, I wasn’t able to sleep and it felt like I had a flu. I remember we had our pre-match meal in the Crowne Plaza (hotel) a few hours before the game and I’ll never forget after the meal I slipped off to the toilets and I lied down on the floor and went for a little sleep for an hour.

"I obviously couldn’t tell Brian Cody because if I told him I probably wouldn’t be playing the match. There is one thing worse than losing and that’s not playing and nothing was going to stop me playing in that final."

An example of the driven character of the man. 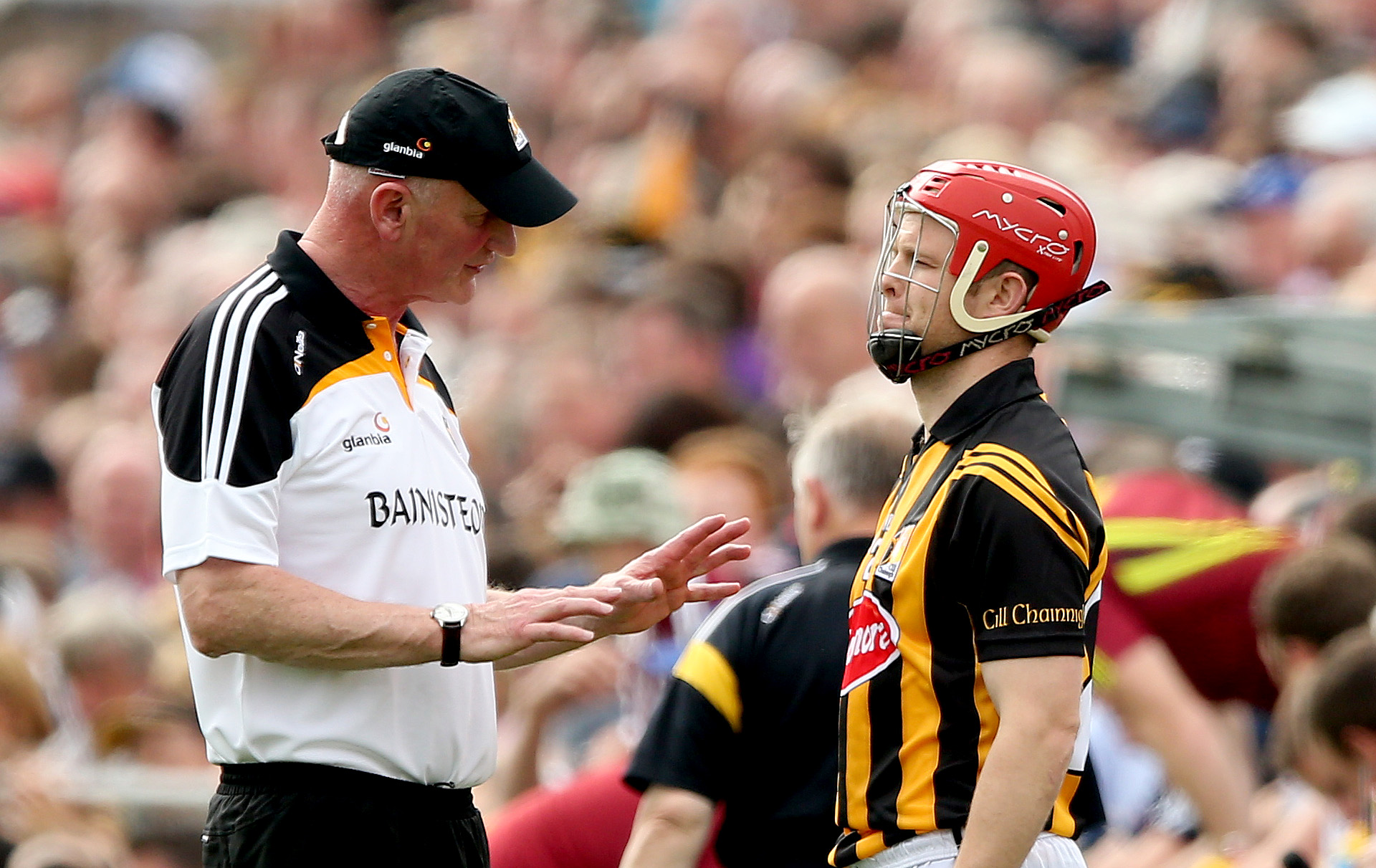 Walsh spoke with joy on his face of the fantastic memories he had of the game, and these memories are worth much more to him than medals. You get the impression that the Tullaroan man would go back and do it all again in a split second.

“I would often think back on the times you won them finals or the nights you had at them All-Star awards, they were always brilliant and I’ll always have them memories and you try and never forget them… It’s not the medals, it’s the memories.”

Walsh retired at the age of 31 after the 2014 All-Ireland-final which Kilkenny won. An age that many thought was too young for him to bow out at. Brian Cody, however had made his decision and it was made clear to Tommy throughout the 2014 season that Cody saw no place for him on the team. Ironically, it was his younger brother Padraig who was taking his place and despite Tommy’s itch to be involved, he was so proud of his brother.

“For the previous 11 years, once I was fit Brian Cody always picked me. Then in the first few league matches I wasn’t starting so I knew straight away they were going to be trying out different things this year. I was training from November to May that year and played something like two or three matches so I was very frustrated.

"It was very hard being dropped but the one thing that was making up for it was Pádraig was playing instead of me. So you know You’re always hoping the best for him.”

Eddie Brennan spoke of the dignity and respect with which Tommy dealt with being dropped, and this to him was a true reflection on Tommy’s character. “I’m sure inside in him, it was probably killing him not to be on the field because he was just, like I said he was our heartbeat for so long. It was a measure of the man Tommy Walsh was that it wasn’t about him, it was about the team.”

A warrior on the field, and a gentleman off it.

Watch the action for yourself from TG4 here.


popular
In 86 seconds, Patrick Bamford becomes English football's voice of reason
Springboks legend Tendai Mtawawira tells us what he really thinks of Ellis Genge
'Make him hurt, make him yours' - How the Springboks ruled the world
'Beast' Mtawawira is a big fan of Mike Ross' Lions front row
Jose Mourinho is about to step up and become the hero football needs
"We did find him hours later and we made up." - How Flynn and his best friend came to blows in Croke Park
Jose Mourinho is the picture of happiness and health after Spurs sacking
You may also like
1 month ago
Gaule honoured as camogie player of the year for a second time
2 months ago
"I kind of decided on Hill 16, 'you're either going to do this or you're not going to do this.'"
3 months ago
"The divil you know is better than the divil you don't" - Larkin stands by Cody
4 months ago
You may write the weekend off with no fewer than 11 GAA games LIVE on TV
4 months ago
"There's no nonsense with this team, they're just going out there and playing the game"
5 months ago
Kilkenny camogie community left devastated with tragic passing of under-14
Next Page