The 2019 All-Ireland semi-final is the last time Limerick lost a game of hurling.

It was a day that felt so familiar, as a ravenous Kilkenny devoured all and sundry but now we're two years on and with each passing game, it seems like more and more of a freak.

That was a day when Kilkenny, from 1 to 15, performed miracles and in his capacity as a GAA Hour pundit for 2021, Paul Murphy takes us back. The Danesfort man was corner back that day, where he shook hands with Peter Casey, but while that was the first time the pair met, it wasn't the first time Murphy thought about the Na Piarsaigh player.

END_OF_DOCUMENT_TOKEN_TO_BE_REPLACED

"In the 2019 semi-final, I was on Peter Casey. What happened was brilliant and I really admired him for it."

"I had watched the games prior to it and I was looking to see how he was breaking for the ball, and what I saw was that he did a great impression of not caring where the ball was, just walking around and he's gone then, he just runs.

"I suppose if I hadn't looked at him before the match I would have went 'oh, he's not interested in the ball, grand' but the whole time I was standing there, I was just going 'this fella is about to break and he's going to go ninety miles an hour and all I need to do is get there and get a flick. Even knowing that, it's still very hard." 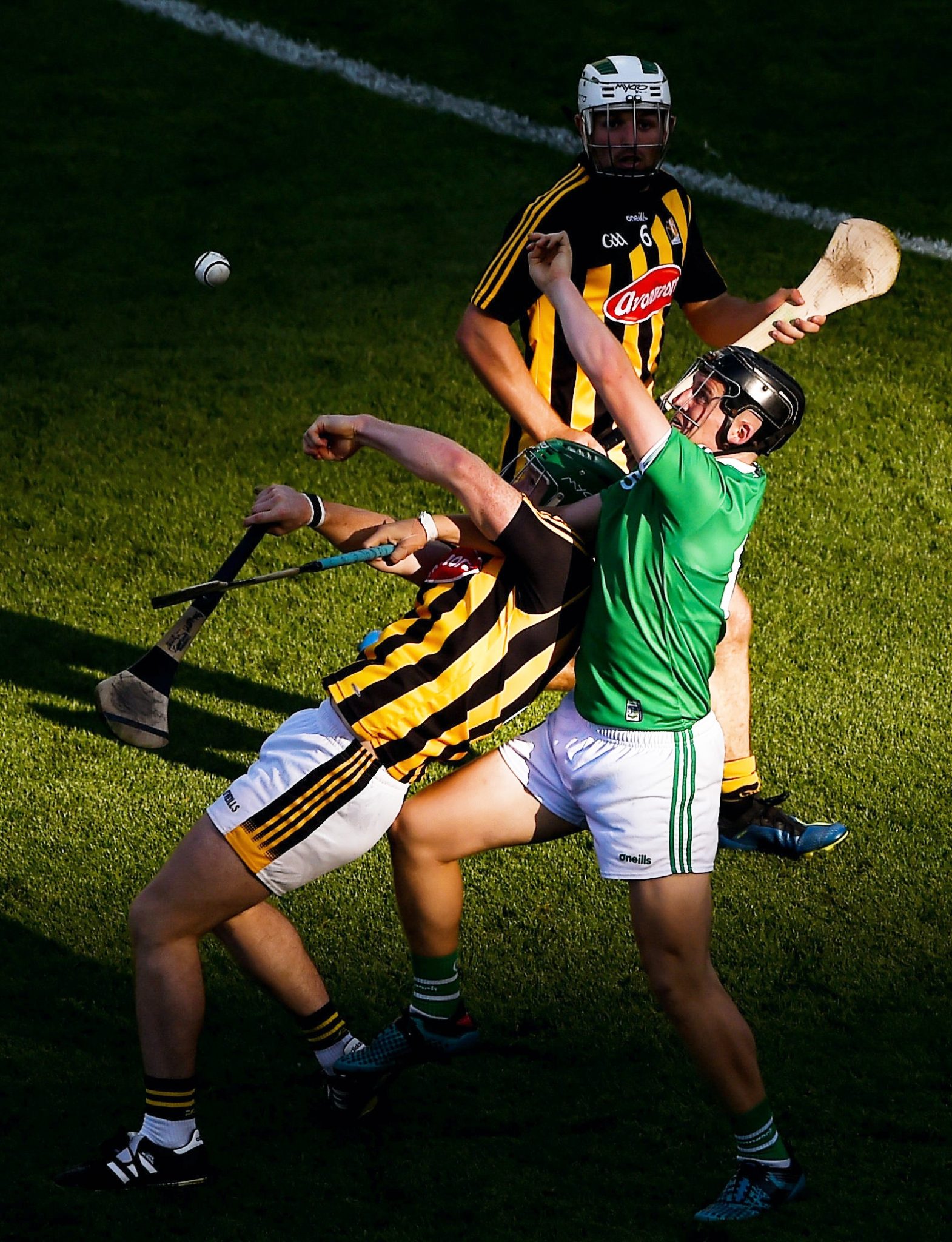 Casey isn't the only Limerick forward feigning ignorance, with Murphy suggesting that this disinterested nonchalance is all a part of the plan.

"They'll pull in around the 14 yard box," Murphy says of the Treaty's full forward line, "pool together and they'll just break from there.

"What you have then is acres of space all around. They all look completely disinterested in the ball, they're not looking but they know that once the half back gets it, then they can break. Two might break right, one might break left and that's what they do.

END_OF_DOCUMENT_TOKEN_TO_BE_REPLACED

"We played them in Thurles a few years ago. It was the first time I encountered this style. You can't out-run someone like Graham Mulcahy, Seamus Flanagan, Peter Casey - the best you can do is match them for pace. As long as they get a yard or two ahead of you, that's all they need.

"What we found worked in 2019 was that we just stood on the outside of the bunch, don't get dragged in. Let's say if you're following Peter Casey and he's on the right and he breaks left, suddenly you run across and then Aaron Gillane has come across to the right. Whereas if you just stay right, you're out in front."

In the same summer, a rejuvenated Kilkenny defeated Cork and out in the half back line, the same principle of holding his position stood Murphy and Kilkenny in good stead. 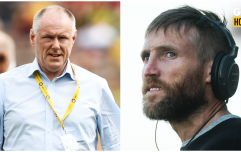 END_OF_DOCUMENT_TOKEN_TO_BE_REPLACED

"There was a mix-up between myself and Joey Holden, I didn't hear what he said. There was a little break in play and I just said to him 'what did you say there.' He said 'Listen, they're just breaking left and right and creating space, I'll go left, you stay right. I went grand. The next ball, both of the Cork players went left, Joey stayed left and I stayed right. What happened was, if I had went left, it would have cruised into the corner forward on my side. But I stayed right and the ball just came straight into my hands..."

From a forward's perspective, fellow GAA Hour pundit Ken McGrath insists that constant movement is the key for every forward.

"From a very young age, you're told to move as a forward. Any-time you're having a lull in your career as a forward, or a bad few weeks, it was down to a lack of movement."

As for Ciaran Doyle's wonder-score, McGrath, no stranger to a bit of first time hurling himself, praised the Westmeath man for his instinctive play. The Mount Sion club-man had scored a similar point in the 2002 Munster hurling final.

If Ciaran Doyle missed, then he would probably have got a bollocking which, he'll know himself, he couldn't really have had any complaints about.

That's exactly what makes it so special 🏏pic.twitter.com/TYS0qxeCps

"Mine wasn't as good as that! Seamus Prendergast caught a ball, threw it out to me and I just flicked it up and struck it over without using the hands. That was a skill I used to love to do back then, it was a faster way of striking it.

"I got a couple over in Gaelic Park, I got two points like it. Back then, Gaelic park was dangerous enough. I got two points on the volley and I decided to stop doing that now for the second half! I wanted to enjoy the rest of my break over there. But God, if the ball pops up like that to you, it's probably your natural instinct just to let fly..."

You may also like
1 week ago
"That's just sport. It made yesterday all the sweeter." - After the darkness comes light for Mahony
3 weeks ago
GAA could learn a thing or two from AFL's parade and self-promotion
1 month ago
"I am a very nervous person" - Morgan's pre-game routine shows that nerves are part of the journey
1 month ago
"Jesus, the man deserves an All-Ireland medal, but it doesn't look like he's going to get one now"
1 month ago
"There were murmurs that he didn't have it on the big days" - McCurry's redemption
1 month ago
"Why is he going for the top right hand corner?" - The GAA Hour break down Ryan O’Donoghue’s penalty miss
Next Page