Former Meath minor Conor Nash will make his AFL debut this weekend after he was named in the Hawthorn Hawks side to take on the Geelong Cats at the Melbourne Cricket Ground on Saturday.

Nash was officially drafted as an international rookie in last year's AFL Rookie Draft but has spent most of his time in Melbourne playing with the Box Hill Hawks in the Victorian Football League.

The former Leinster Rugby prospect joined the Hawks in late 2016 as a Category B rookie and said that he discovered that he would be making his AFL debut whilst sitting in the car with his family.

“When I found out yesterday in front of the family in the car, it was just pure joy. I can’t wait, and I look forward to contributing to the team.”

Hawthorn will unveil Irish debutant Conor Nash this Saturday against the Cats.

Nash’s parents and younger brother and sister were holidaying in Australia and were preparing to return to Ireland before receiving the news from Hawthorn coach Alastair Clarkson.

“Clarko asked them if they could prolong their flights until Sunday or Monday,” Nash said.

“They’ll get to see me play which is a very special moment for them, and for myself as well.” 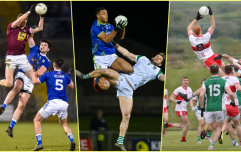 END_OF_DOCUMENT_TOKEN_TO_BE_REPLACED

Nash's call up follows recent debuts from compatriots Darragh Joyce and Ray Connellan, both of whom are playing at St Kilda.

Interestingly, the Hawthorn website said that he turned down 'a Gaelic football academy contract to pursue the foreign sport of AFL on the other side of the world'.

Not sure what Gaelic football academies are handing out contracts but the best of luck to him nonetheless.

You may also like
1 week ago
Rory Gallagher absolutely loses his mind celebrating as Derry beat Monaghan in Ulster semi-final
1 week ago
Austin Gleeson sent off as Seamus Harnedy stands up again with an absolute stormer
1 week ago
Kilkenny, Dublin and Wexford could all still end up going out of the championship next Saturday
1 week ago
Familiar feeling for the Dubs as Kilkenny rack up a cricket score
1 week ago
"It's just hard to believe really" - all up in the air for Irish players as AFLW uncertainty drags on
1 week ago
Monaghan will be a "different kind of challenge" compared to Tyrone says Derry boss
Next Page