Erratic to pure grace: How Paul Flynn perfected his kicking is a lesson for every player

If you were lucky enough to watch him in his prime you'd think that Paul Flynn was born to kick points. A smooth, effortless and graceful kicker, whenever the Fingallians man started to wind up the umpires were already reaching.

END_OF_DOCUMENT_TOKEN_TO_BE_REPLACED

Brackets and the 0-4 or 0-5 followed his name in almost every game he played between 2011 and 2014 as Flynn established himself as one of the most accurate, consistent and rounded half-forwards in the game.

At 32, Flynn has decided to pass on the baton. With his own stats (sprints per game) dropping, with the body aching and with his starts weaning, he hung up those famous boots and in an hour-long interview with Colm Parkinson, he thrashed out his career in great detail. 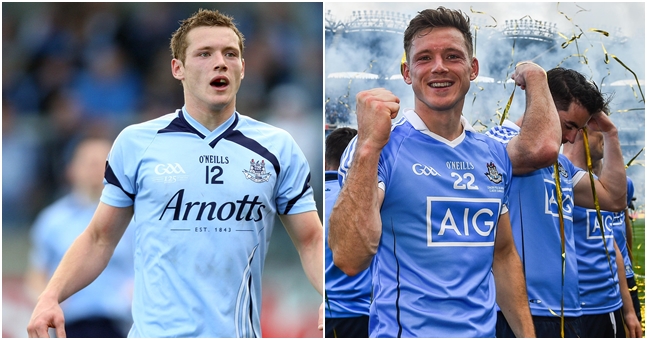 One of the most stirring parts of the interview was the discussion about the development of Flynn's kicking technique. The four-time All-Star is adamant that he was by no means a natural, and that all of that grace and elegance came from incessant practice and clever advice.

"I'd say I worked hard on it. A natural? (I don't know.) It was erratic, growing up, I wouldn't have been the player who kicked three or four points every game.

Much of that practice took place in his college years, while he was in DCU with Donegal's Michael Murphy.

"There were a couple of key interventions, one was with Michael Murphy - getting the chance to kick with him. Part of it was the fact that I was kicking more because we'd go out and do kicking sessions. The other part was that you're listening and watching the style. He's got a real nonchalant, relaxed style where I was like - I was going 100% to get the ball, and then I was trying to kick it 100%.

"Paul Clark, a great coach, he always said to me from a very young age - 'work hard to get the ball but then you're kicking it, you need to go back to around 80%, you'll get the good strikes then..."

"As well as that, myself, Pat Gilroy and Bernard used to do kicking sessions. That really broke it down into three stages of a kick.

It's all about the three stages.

1. Compose yourself. 2. Concentrate on getting a good strike. 3. Make sure you follow through.

"I had a kicking routine that I did and that I still do and that was it...You're to not care about where the ball ends up, but nine times out of ten if you're composed and concentrate on getting a good strike, they will end up going over the bar..."

A number of Flynn's scores came from his own right hand wing, where he'd gallop down the line rather than cutting in. Any footballer will know it's one of the hardest shots to take on, but through sheer will he became a master at it.

"The lads would call me 'sweet spot' in training because I'd literally get 30 balls from that spot. I'd always be thinking in my head that the other side is easier, so that if I get this kick, this is the hardest one, the other one will be easier. If you're cutting in, there's always going to be men in there. If you're going out, you're going away from the players. If you can just get the angles right, I just felt anywhere around that space I could back myself."

You can listen to the Paul Flynn show here.


popular
World Cup 2022 Day 14: All the major action and talking points
From Ireland to Argentina: Alexis Mac Allister's Irish roots explained
Shay Given on how far Ireland could've gone at the 2002 World Cup with Roy Keane in the team
Ronaldo finally reveals why he got that hideous haircut
New released footage shows controversial Japan goal against Spain was right to stand
Positive update on Pele's condition as messages of good-will pour in
"Nowadays, even if I don't hit a ball, I don't care as long as we win" - Gleeson learning from the past
You may also like
2 weeks ago
"I was living day to day" - Shane Carthy and Cormac Ryan open up about their past and present struggles
2 weeks ago
"I'll try get that little bit faster, that little bit fitter. I'll try to put on a bit more weight" - How Gannon aims to improve during off-season
2 weeks ago
"I couldn't get over the amount of differences between the hurling and the football" - Leaving hurlers was never an option for O'Donnell
3 weeks ago
Shocking scenes as brawl extends into the stands during Oulart-the-Ballagh vs Naomh Barróg
3 weeks ago
"We've kind of gone away from stats" - the personal goals Dias sets for himself each game as a midfielder
1 month ago
GAA JOE Team of the weekend
Next Page