Former UFC Lightweight champion Eddie Alvarez has lent his support to Tyrone ahead of their All-Ireland Quarter-Final Group Stage match with Dublin this weekend.

Alvarez is no stranger to the GAA having met Tyrone native Aaron Elliott last year after the 23-year-old was rushed to hospital to undergo emergency surgery on a severe compound fracture which had left his elbow shattered.

Elliot was then placed in a neuro critical care unit where he suffered a blood clot, leak in the brain and a fractured skull, which led to further surgery on a collapsed lung.

Alvarez went to visit Elliot at Abington Memorial Hosptial and praised his character, will and toughness.

Finally got a chance to go see Aaron Elliot , this kids a walking miracle and testimony to pure Will and toughness #ufc #thnq #Aaronsabeast pic.twitter.com/fUPD9zAD22

Alvarez native once again answered the call from The Red hands this week when he lent his support to Mickey Harte's side ahead of their Super 8 tie with three-time defending All-Ireland champions Dublin. 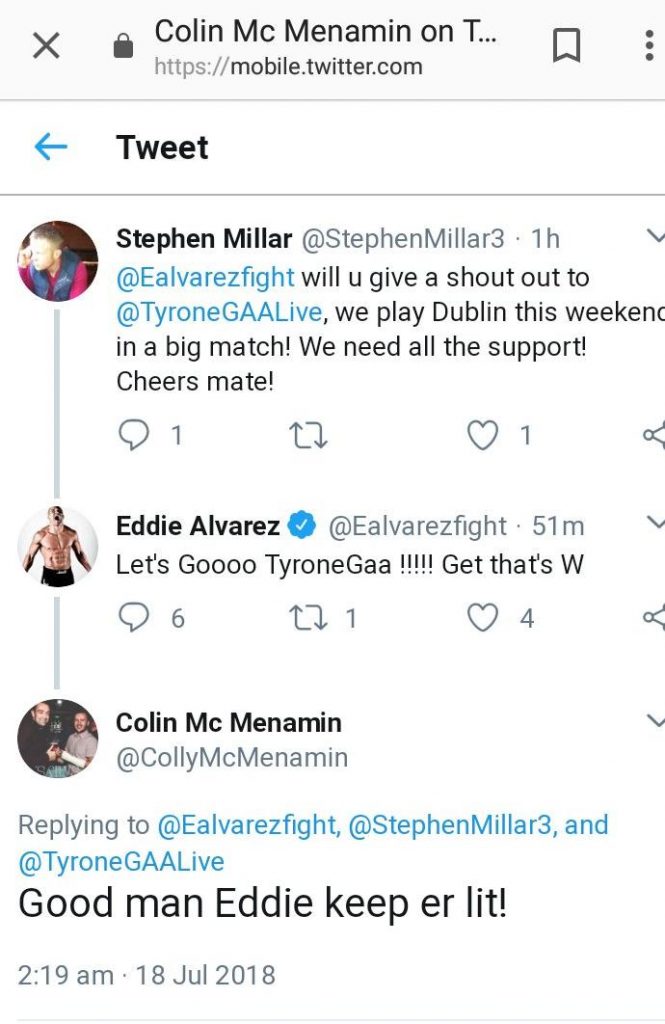 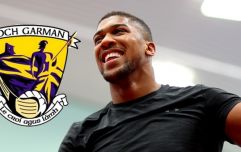 END_OF_DOCUMENT_TOKEN_TO_BE_REPLACED

Alvarez is not the only notable fighter to throw their support behind Tyrone after heavyweight champion Anthony Joshua posed in the county's jersey ahead of their All-Ireland semi-final with Dublin last year.

Connor McAliskey, Tyrone's star forward from their run to the Ulster title in 2016, posted the picture of the heavyweight champ wearing the red and white. 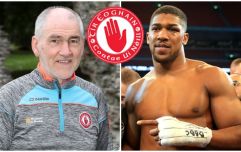 END_OF_DOCUMENT_TOKEN_TO_BE_REPLACED

Tyrone opened their group stage campaign with a convincing 18-point win over Roscommon last weekend, however, Dublin trounced them in last year's All-Ireland semi-final to seal their fourth All-Ireland final appearance in the last five years.

They'll need more than the support of foreign fighters this weekend if they are to put an end to Dublin's dominance.