Colm Parkinson: The old sweeper system is extinct - anyone with half a brain can get around it

"Maybe our set-up, adding one to the backs, drew them on a small bit. That is a decision we took and it didn't work. Maybe we should go toe-to-toe with teams. But we decided to be a small bit more conservative and play a sweeper at the back.”

John Sugrue giving his typically honest analysis after Laois lost to Monaghan at the weekend.

He makes a very interesting point regarding full time sweepers and their place in the modern game.

Mark McHugh was the best exponent of the sweeper role that I've seen in Gaelic football. He had a great football brain and was very good at intercepting ball and launching counter attacks.

Mark is now struggling to make the Donegal starting team and comes on in a variety of positions now like midfield and wing back. I remember asking him why he's not considered for the sweeping role any more and his answer was simple.

“Teams stopped kicking the ball to me.”

Now we need to make the distinction between bringing back a forward to sweep and using a halfback or midfielder to drop off their man and sweep. The former is outdated and will only cause your team problems. 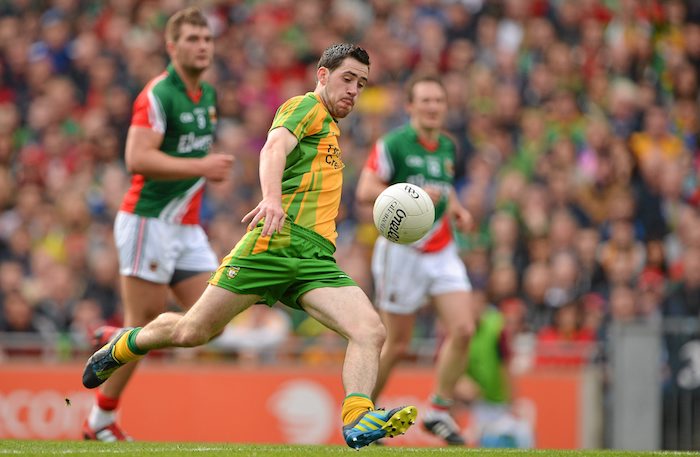 Problem number one is that five forwards pushing up on kickouts is a waste of time. As Ross Munnelly pointed out on The GAA Hour yesterday, goalkeepers are so accurate with their short kickouts, two men on the full forward line trying to split three in the full back line is too difficult. You might as well be conceding the kickout. Then when the goalkeeper goes short the opposition has an extra man to work the ball down the field, putting your team under pressure.

Obviously if they use that extra man effectively it’s difficult to have the same pressure on the ball coming into your defence. Teams are giving diagonal ball and bypassing your sweeper. Other teams like Monaghan are happy to give it to Conor McManus down the line where he can score from tight angles.

END_OF_DOCUMENT_TOKEN_TO_BE_REPLACED

Often the forward chosen for the sweeper role will be picked corner forward, hoping to leave the cornerback free at the other end. That's wishful thinking. The opposition will just do a quick rejig of their backline and leave an offensive player as their spare man. Leaving a player like Karl O'Connell as a free man is a big mistake and I think that’s what John Sugrue regretted. 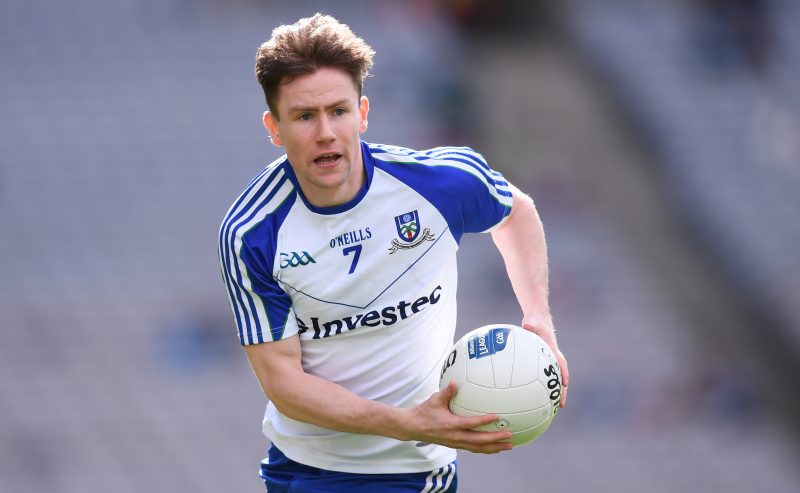 So, for me, the solution is to use a midfielder to drop back in general play like how Tyrone use Colm Cavanagh. Midfielders don’t have far to travel to drop back around the ‘D’ and while it’s much more difficult to intercept balls these days as mentioned, they are still useful for preventing goals. When the midfielder drops, your wing forward drops to his man and the corner forward to the wing and you're leaving the cornerback free.

When this happens in general play, it's a lot more difficult for teams to rejig and get their good ball players free. Switching which midfielder drops is a good idea too to keep the opposition guessing.

Tyrone are so obvious with Cavanagh I’m amazed no team has pushed up on him. When Dublin play Tyrone, imagine every time he runs back to his sweeping position Michael Darragh MacAuley follows him. MDMA is well capable of making runs from full forward and Cavanagh would have no choice but to follow him.

One positive from the weekend is that surely we’ve seen the end of the ultra defensive systems used by Fermanagh. Good teams show them up for what they are - unimaginative cow dung that simply cannot work long term.

As I’ve mentioned many times, tactically astute teams won’t bring the ball into contact and will push enough players up to work scores. So in the end Fermanagh conceded too much and had no chance of scoring enough at the other end with Seamus Quigley on his own.

END_OF_DOCUMENT_TOKEN_TO_BE_REPLACED

Fermanagh leaving Sean Quigley and Tomas Corrigan on the bench is almost anti-football - two of your best scoring forwards on the bench while ‘workers’ kick wides on the pitch.

Fortune favours the brave and, whilst most teams are getting bodies back, if the opposition is slow with their build up, the days of retreating back ahead of the ball and giving the opposition free a free pass to your 45' are thankfully coming to an end. It’s braindead football and worked for a few years until players evolved their natural attacking instincts for a more controlled and patient build up. It’s not only Dublin that showed it up last year against Tyrone, Kildare did it against Fermanagh, and at a lower level, Laois did it three times against Carlow this year.

Fermanagh beat Monaghan because Monaghan are still in the outdated mindset of mirroring the ultra defensive team - then it becomes a stalemate which is exactly what they want.

Committing more bodies to the attack and giving all the zonal defenders someone to mark it the way forward now - you will often see a 12 v 13 or 13 v 13 situation on the defensive teams half of the field - making these systems much less effective. Obviously with a mindset that if a ball is turned over you will work as hard as them to track runners.

The Super 8s are going to be fantastic with lots of attack minded teams involved. Dublin, Kerry, Roscommon and Kildare are all flair teams and while Donegal, Galway, Tyrone and Monaghan are a bit more defensive but they are evolving all the time away from that and the Super 8s will force them to evolve even further.

Move over hurling, football has arrived.

popular
Peter Sagan pays classy tribute ahead of Sam Bennett's big moment
The SportsJOE 12 o'clock quiz | Day 183
Irish cyclist Sam Bennett delivers classic putdown to British cycling magazine
Sam Bennett admission shows how incredible his final stage win was
Luke Shaw steps up to make common sense plea to Ed Woodward
Sky Sports retract false claim from Patrice Evra about Wilfried Zaha and David Moyes' daughter
Wild scenes at Semple Stadium as Kiladangan score last gasp stunner
You may also like
1 year ago
"The weights fell off both sides and I was left with the bar like a plonker"
1 year ago
'Michael Murphy would be the No.1 transfer for every inter-county side'
1 year ago
"I see Mayo as dead men walking, ready to be taken out" - Colm Parkinson
1 year ago
"I don't believe for a second that his contact lens came out"
1 year ago
GAA Director General admits there is no plan in place if Dublin continue to dominate
1 year ago
Colm Parkinson: The handpass restriction will force managers to evolve
Next Page