Colm Parkinson: Suck it up, the manager's in charge - take it from my experience

"On my first night back, the majority of the training was all running. I made a passing comment to him like 'Jesus Peter, is it going to be all running tonight or will it be any football. I didn't mean anything malicious by it, it's not my character. The following night I received a phonecall from Peter about the  comment I made and he basically attacked me on the phone.”

I remember my last few games with the Portlaoise senior team in 2011.

END_OF_DOCUMENT_TOKEN_TO_BE_REPLACED

We had just won the Laois county championship and were preparing for a rattle at the Leinster club but when we played St. Brigid's from Roscommon in a challenge game a week later, we were hammered. The following night at training, we were told by management that we weren’t fit.

So that evening, we did press-ups and sit-ups and ended up with a brutal physical training session that wouldn’t be out of place in pre-season, never mind a couple of weeks before a Leinster club championship game.

Out of pure frustration, I told the management in front of the group that fitness wasn’t our problem against St Brigid's and that, in fact, we were all over the place tactically. 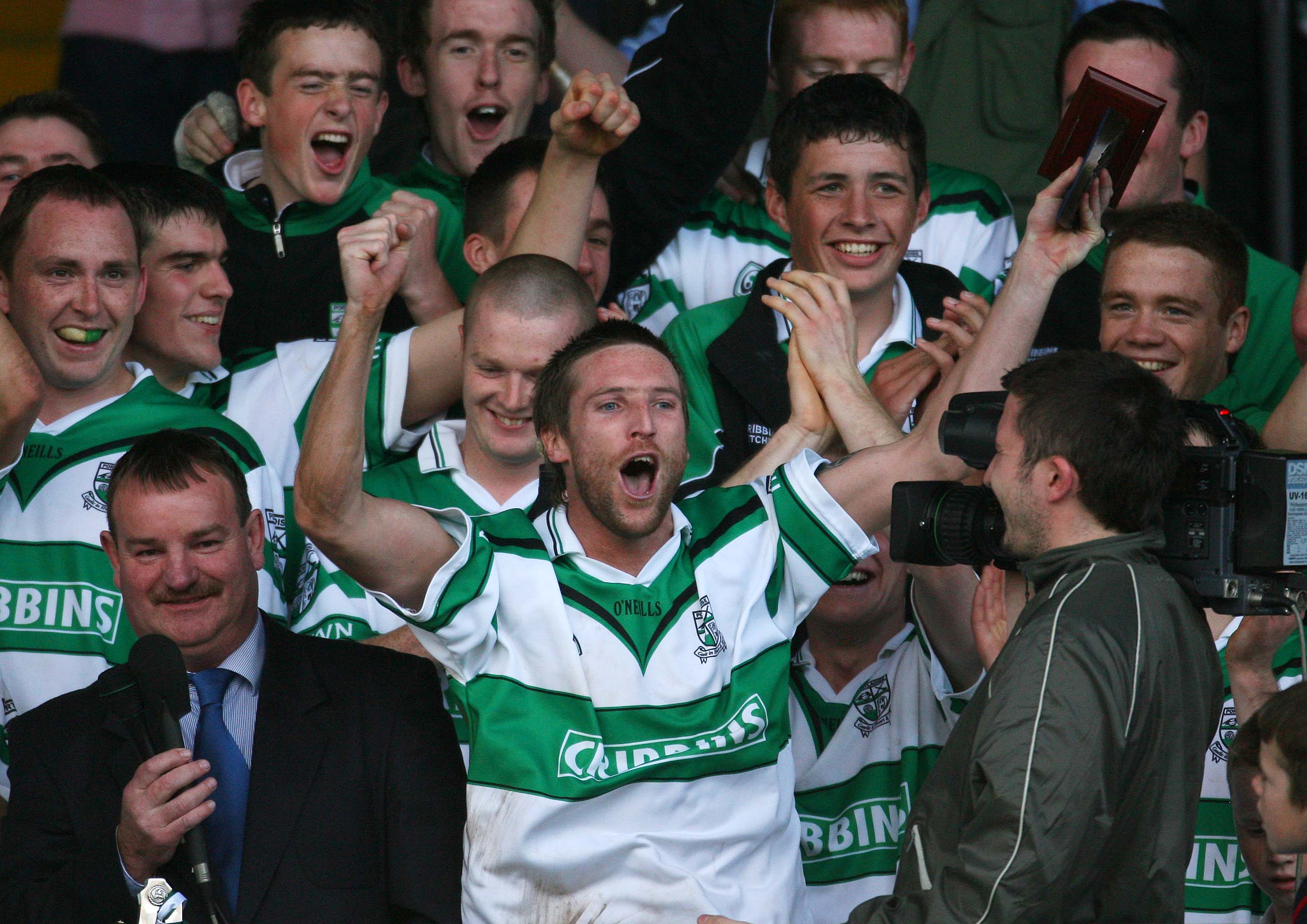 END_OF_DOCUMENT_TOKEN_TO_BE_REPLACED

After playing every game in the Laois championship and finishing as top scorer from play too, I was dropped for the first round of the Leinster club. I wasn’t even given a reason as to why, even though I heard management pull another player aside before the announcement and explain to him exactly why he wasn’t starting.

Was I right about fitness not being the issue? Yes.

Was I wrong to challenge the management in such a way? Absolutely yes to that too.

My reputation went before me as being outspoken and sometimes management need to put you in your place. I felt isolated and hurt by the snub and lack of an explanation, especially after everything I’d done for Portlaoise in the past, but there was nothing I could do.

END_OF_DOCUMENT_TOKEN_TO_BE_REPLACED

Simply put, I had made my bed and now I was just going to have to suck it up.

If Peter Leahy felt, and he’s not alone, that some senior players had too much say in what happened on the Mayo senior football team, then that’s his job to change that. If that meant coming down hard on players that attempted to tell him how to do his job, then it’s his prerogative.

"On May, we had training in Rochfortbridge up the country. At the end of training everyone had gone and I went up to Peter to say that we had an issue in the backs all season. In the league we had been conceding high scores. I said, 'I think there's a massive communication issue here and if we can get a past player in to come in as a player or a guest coach to talk us through a few things, that it would add value to the set-up'."

Even I haven’t gone this far with management.

To suggest that manager needs a coach to improve his training or tactics is the ultimate insult and I’m not sure there’s a manager in the country who would accept this. Imagine Stephen Cluxton saying something like that to Jim Gavin. I’m smiling even at the thought of it.

Incidentally, Sarah was one of the girls that conceded big scores during the league. Mayo also made the final and performed above expectations.

🔊
Peter Leahy's version of how the attempted coup in Mayo came about and the meetings that led to some of the players walking out.@TheGAAHour w/ @paddypower pic.twitter.com/1HXVX8GPie

When Mick O'Dwyer was Laois manager, it’s no secret he had four of five favourites. He was the same in Kildare and in Kerry too. These favourites could drop out of training with a tight muscle without a word being said while others might be questioned. They could arrive out late to training after getting a massage and nothing said about that either while I’d be questioned for being late after driving down from Dublin for two hours.

Micko wasn’t approachable with any issues I might have had. In fact, he often completely ignored me as I walked past. I felt very isolated in his final year as the team made it to the All-Irealnd quarter-final and I was on the outside of it all.

I also know my attitude and commitment contributed to the way I was being treated.

Again, I sucked it up. 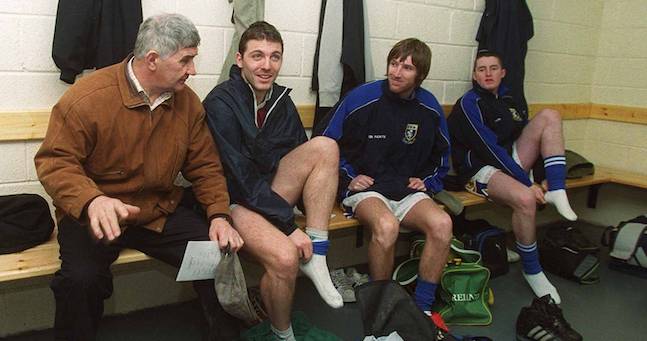 It all flipped on its head when Liam Kearns became manager.

Suddenly the favourites were being treated just like every other panel member. I remember being injured and sitting on the bench beside one of them. He was just back from injury and didn't go straight back into the 15 like he would have the previous four years and had a bit of a face on him. I laughed to myself thinking how great it was to have a manager that treated everyone the same.

Peter Leahy tried to change all that and, like me with Liam Kearns, most of the players loved him for it. The statement from the players that remained, said:

“We fully support our management team and as a team believe that all of their decisions and selections were made fairly after careful consideration. We had a fantastic league campaign, culminating in a league final appearance in Parnell Park and while the last few months were difficult and disappointing; many new players were given an opportunity to perform at county level.

“Our manager Peter Leahy has shown integrity and honour under tremendous pressure and he has always treated us as elite athletes, has supported and stood strong for us allowing us to play football without fear or intimidation.”

For me, the issues highlighted by the girls today are player-management issues and are not serious. I have dropped off enough panels with managers who I thought were not treating me right or were not good enough - but never have i spoken about my emotions because I’d be too embarrassed to. I knew I contributed to every issue I had with management down the years but it was always my prerogative to leave a squad I was unhappy in.

This has become more serious now with talk of mental health, intimidation and player welfare. I hope the whole episode doesn’t discourage male managers to get involved in the ladies game. The reality is ladies football needs male coaches. They need their expertise to move the game forward because we know that men's GAA is years ahead in terms of evolution and technique and without that cross-pollination of coaching and expertise, the women's game, while making huge strides, won’t catch up.

Look at the job a highly rated coach in the men's game has done with Dublin. Mick Bohan has brought them to a whole new level and had done a lot of work on their technique and other areas of coaching. Carla Rowe scored 1-1 in last year's final with her right foot and two this year with the inside of her left. These Dublin girls will benefit from this when they finish and move into coaching themselves.

In fairness, this does seem to be a uniquely Mayo issue and one that has been festering for years, long before Peter Leahy got involved. Maybe this will be the end of it and Mayo football can move on with a happy and united squad.

And, of course, the girls who don't want to be part of that don’t have to be.

But, with this, they do need to just suck it up now. Just like I did.


popular
Sean Dyche set to be named Everton manager after Marcelo Bielsa talks break down
Roy Keane flatly rejects longstanding perception of ex-Man United midfielder Paul Ince
Allianz National Football League Round 1: All the action and talking points
Roy Keane leaves ITV pundits in stitches after Pep Guardiola's pre-match interview
Conor McGregor hit by car ‘at full speed’ while cycling
"I don't like to fill my time that way" - O'Hora going his own way in an era of obsessives and covering all bases
Quiz: Identify these 15 football clubs that are not named after a place
You may also like
1 year ago
"He's still following this soccer dream but for me he should be coming back to GAA"
1 year ago
"Football has to be about risks" - The GAA Hour discuss the issues with the Donegal club football final
1 year ago
Drama in Antrim as semi-final may have to be replayed due to error with extra time
1 year ago
Mickey Graham admits that he was "disappointed" that Proposal B was defeated
1 year ago
GPA CEO Tom Parsons believes that the league-based championship is the future of Gaelic football
1 year ago
Darran O'Sullivan says that Kerry fans are "50/50" about Jack O'Connor appointment
Next Page