Club GAA weekends are so action-packed that you always feel as if you've missed something.

A county player lording it for example, or a less heralded club star making a name for themselves.

Over the last two years, you simply couldn't miss anything Tony Brosnan did, as the Dr Crokes ace shot the lights out with such abandon and with such enthusiasm, that he became the red-hot face of club football.

The club scene will continue over the next few weeks, and championships will be won and lost but the presence of Tony Brosnan, all verve and class, will be dearly missed. A punctured lung in a Dr Crokes training session rules him out for the rest of the campaign. It's a huge blow for the club themselves, for Kerry football in general but above all, it's a blow for that man Tony Brosnan who had points to kick and games to win. 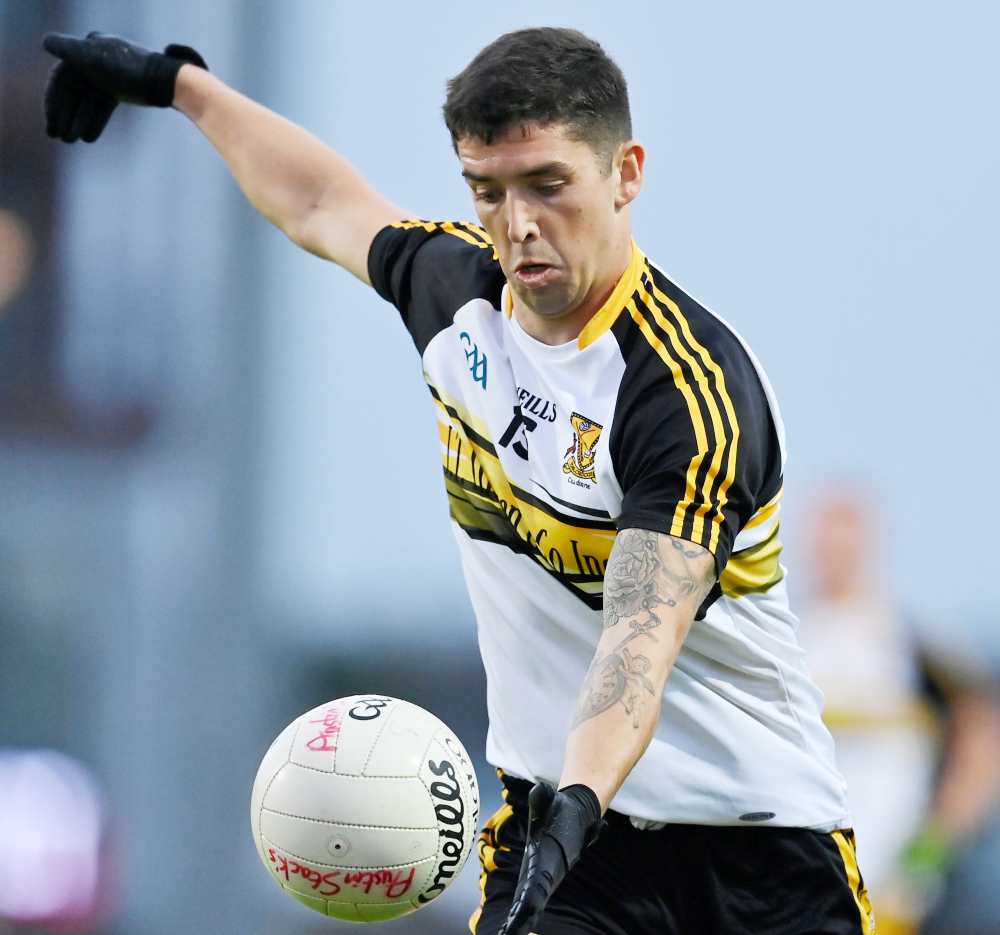 It's funny how it all started. With the 2019 Kerry club championship well underway, it took an injury to Colm Cooper for Brosnan to get his chance, but he made up for lost time instantly with a 1-14 blitz of the An Ghaeltacht defence on a sensational Sunday. From one legend to a rising star, it was like the passing of a torch.

Brosnan was no one-hit wonder and the scores just kept on coming.

"The GAA Hour is going to follow Tony Brosnan's career very closely this year," said Colm Parkinson on The GAA Hour, after Brosnan hit Killarney Legion for 0-9 in his next outing.

Rathmore were ripped apart, South Kerry couldn't cope with the 25-year-old's mix of explosive speed and mystifying skill and by the end of the season, Brosnan was the jet-heeled forward who had inspired Dr Crokes to the All-Ireland club final.

His scoring tallies were simply incredible.

END_OF_DOCUMENT_TOKEN_TO_BE_REPLACED

In Dr Crokes, they were always aware of this man's potential. In 2013, he was a Kerry minor and three years later, he'd made the senior panel, replacing James O'Donoghue when the Kingdom defeated Clare in the 2016 All-Ireland quarter final.

Injuries stalled him for a few years but they wouldn't hold him back forever.

Surprisingly, the Kerry senior call never came after his club heroics and so off Brosnan went to America, harbouring no ill-grudges about his exclusion and ready to dismantle defences on the other side of the world.

"He (Peter Keane) mightn’t have seen enough of me, which is fair, I can’t really complain about it. Hopefully Kerry do have a good run at it, put it up to the Dubs and he might come calling next year hopefully! Listen, I’m in no way sour about it or whatever, I was delighted to get such a good run with Crokes, they’re the boys you grew up with, you’d give anything for your club," he told SportsJOE last year.

Unsurprisingly, he was called in for the 2020 League and kicked a point against Mayo.

For the club, he picked up where he left off, scoring 3-18 in two club championship games for the Crokes. His performance against Austin Stacks a couple of weeks ago will live long in the memory and thankfully TG4 were there to capture the magic.

Just the 2-10 from the free-scoring Tony Brosnan last night...but this catch and set-up was the highlight of the night 🪂

He'll be missed these next few weeks but the best of Tony Brosnan, in a Dr Crokes jersey and in a Kerry jersey, is yet to come.


popular
Conor McGregor bought out of Proper 12 whiskey company
"No one comes into racing for money – it is a hard way to make a living" - Elliott releases heartfelt statement
Longford leaving cert schools Europe's finest with measured masterclass
Ugo Monye's Lions XV features two Ireland players and Welsh captain
QUIZ: How well do you remember the 2010 World Cup?
"There's 30 pints of Guinness on the table! The night before a World Cup quarter final"
Mike Haley magic and Bundee's blunder sees Munster reach PRO14 Final
You may also like
3 months ago
"I love soccer. I'm still stone mad about soccer" - No regrets for talented soccer player O'Sullivan
4 months ago
"In Kerry, it's nearly like a religion."
4 months ago
No victory speech for Clifford as Cavan drop down the Leagues
4 months ago
"There’s nothing to state ‘lucky winner.' An All-Ireland medal is an All-Ireland medal"
5 months ago
Marc Ó Sé: Split the season, give Tony Brosnan his Kerry chance
6 months ago
"Even on player's bad days, you were very kind" - Seán Óg sums up O Muircheartaigh's magic
Next Page