It's 12 noon on the other side of the world.

Real football weather. 25 degrees he’s told as he scans the shops for a new pair of boots. This is downtown Boston, it’s championship season and it’s a long way from Killarney.

Dr Crokes man Tony Brosnan is preparing for the first round of the Boston Senior Football Championship. He arrived over here last Wednesday and he’ll spend his summer playing with Aidan McAnespie’s GFC.

City rivals Connemara Gaels are first up, Brosnan has the inside track. In 2016, he wore their green and white jersey. 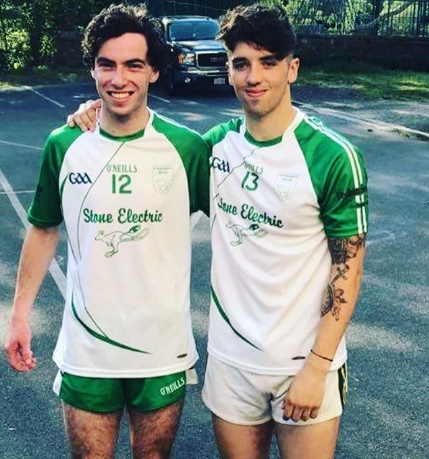 “They could be out to get me,” he laughs.

Back home, Kerry are a day after hitting rubber with road with a win over Clare in the first round of the Munster championship. The same team Brosnan made his Kerry senior debut against in the All-Ireland quarter final three years ago.

Time has moved fast but in a slow way since. He could just as easily have been in Cusack Park as Massachusetts last night. But there are no grudges or ill-feelings being harboured here. His time will come.

“I suppose getting to the All-Ireland final with Crokes kind of stopped any chance of getting a call-up because after we lost to Corofin, it was straight back in for the April club month - all the county players went back with their clubs and come May then - I’ve talked to Peter and that, but he kind of had his own plans in place already I suppose," he tells SportsJOE.

"He mightn’t have seen enough of me, which is fair, I can’t really complain about it. Hopefully Kerry do have a good run at it, put it up to the Dubs and he might come calling next year hopefully! Listen, I’m in no way sour about it or whatever, I was delighted to get such a good run with Crokes, they’re the boys you grew up with, you’d give anything for your club…”

“I’ll be keeping up to date with it, I'll be hoping that the games are on tv but if not I’ll be scrolling through Twitter! Two of the club boys are playing, Micheál and Gavin are on the panel. I’d know a lot of lads on the panel so hopefully they do the business in Munster and kick on from there! 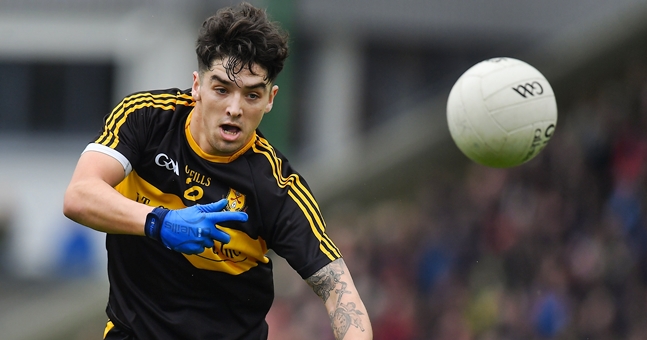 "In the future, I hope to be there myself so you would be mad to see how they’re getting on and how things are going. Peter’s a good manager, he has a good head on him so I think they’ll be in good shape and have a good run at it this year..."

For now though, Boston is where it's at. Sharing a house with 14 other lads the majority of them footballers, is a bit of a novelty in itself. He wonders when it's going to wear off.

"I suppose I kind of know my way around the place at this stage so it’s handy! Ah I love it here!"

The Irish connection as you would expect is strong. The Gaelic football is serious.

"Boston is a great place, it's a lovely city to live in, there's so much stuff to do...The football over here is as good as home. You’ve some class players out here. They take it very serious, it’s the right way to have it. If you’re not in with your county at home, you’re just playing league games like, over here, the football is top level in my eyes. You’re playing it every week….”

"Any young lad coming up, this is where I’d send them, you’d have a great summer, make a lot of buddies out here too. They bring you over here, put you up and look after you. What more could you want?"

Brosnan is in the form of his life. For Dr Crokes, he's been irresistible and that's what had Kerry fans dreaming an inside line of Clifford, Geaney and himself come summer Sundays.

“I had a broken wrist and I missed the first two championship games. They didn’t want to be playing me so soon after the injury, but things went right for me that day against An Gaeltacht..."

He scored 1-14 that day. And they wondered why Gooch didn't get his place back.

“Personally, it was a great year. We still had a great year as a club in 2018. We won all five trophies that were up for grabs. Not winning the Andy Merrigan was disappointing but it still won’t take away from what a great year we had…”

He's a different man now and a second chance with the Kerry seniors hasn't left his mind.

"I came out of Kerry 21s and I was playing well for the club at the time (2016) when Eamon decided to bring me in. Before I knew it, I was coming on against Clare in Croke Park..."

"It was so surreal at that time, I didn’t really know how to handle it. After that I went back with Crokes and ended up losing my spot - we were with Crokes up until the final in Paddy’s day and I did my knee in a club game a week later.  I tried my best and maybe appreciated it a bit more this year then, to be back playing football again and fully fit...

It would take a brave man to bet against him.


popular
Bill Shankly’s grandson asks for statue to be removed from Anfield
'War-scene' in Tyrone dressing room before 2005 final sums up an iconic team
Solskjaer chats with protesting United fans who broke into club's training ground
We knew Sean O'Brien wouldn't let us down with his Lions XV
Keith Earls backed for Lions XV by one of the best in the game
Dream on hold for Munster fans as O'Gara agrees to new deal at La Rochelle
Springboks legend Tendai Mtawawira tells us what he really thinks of Ellis Genge
You may also like
4 months ago
"I love soccer. I'm still stone mad about soccer" - No regrets for talented soccer player O'Sullivan
5 months ago
"In Kerry, it's nearly like a religion."
5 months ago
No victory speech for Clifford as Cavan drop down the Leagues
6 months ago
"There’s nothing to state ‘lucky winner.' An All-Ireland medal is an All-Ireland medal"
6 months ago
Marc Ó Sé: Split the season, give Tony Brosnan his Kerry chance
7 months ago
Club championship just won't be the same without Tony Brosnan
Next Page