This is what happens when you spend too much time away from your club...

Paul Galvin confirmed on Thursday that he was making a club football comeback. It was a good thing he gave us some notice as it would have been a complete shock to the system to see him in a maroon St Oliver Plunkett's jersey.

The former Kerry captain is living and working in Dublin now and is keen to test his footballing wits for Plunkett's.

"I'm still able to do in the gym what I could do two or three years ago," he proclaimed on Today FM during the week. Pushing tin is one thing, getting the better of a tightly packed defence is another.

Galvin has been thrown in straight from the start and he has been given a jersey number that many associate with a living legend of Dublin football - Benard Brogan. 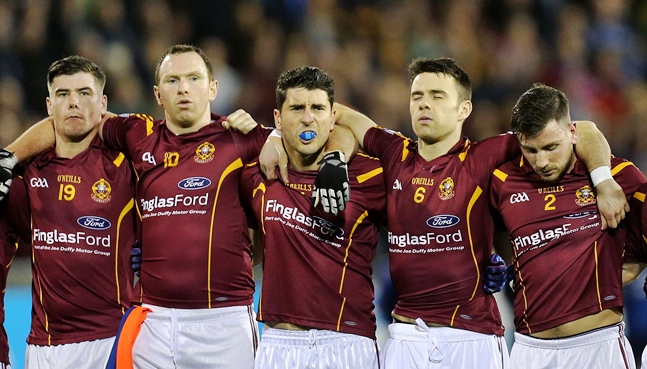 Brogan varies between the 14 and 15 jersey when he plays club football, while the famous 15 has been graced by Jason Sherlock in the past.

Brogan dropped down to cheer on his new club-mate but fired an ever so gentle warning.

Welcome to the parish @pgal10 don't get to used to that number though 😎 pic.twitter.com/qpOC59SioU

We reckon Brogan will be itching to get back in club action soon.

As for Galvin, he's not clutching to the new jersey too tightly:


popular
Warren Gatland mentions three Irish players as potential Lions captain
The SportsJOE 12 o'clock quiz | Day 221
"We're doing it for the group and for what's going on in the country" - Andy Farrell
QUIZ: Can you guess the football club badge?
Two changes as Ireland name team for Six Nations title decider
The SportsJOE 12 o'clock quiz | Day 220
Marcus Rashford has moved his mum into this incredible luxury pad in Manchester
You may also like
1 year ago
'Diarmuid Connolly is the first forward coming on... The rest of them have done nothing'
1 year ago
Brogan reveals what he told Dublin team after he was dropped for All-Ireland final
2 years ago
Bernard Brogan sends lovely message to Josh van der Flier after scoring return
2 years ago
Mixed fortunes for Brogan brothers in tense Dublin championship clash
2 years ago
Dublin's team photo gesture to Bernard Brogan captures their squad mentality
2 years ago
23 weeks after ACL surgery, Bernard Brogan makes sensational comeback
Next Page