Cavan in the early 2000s and the youngster from Killygarry is the best young soccer player in the county. That mightn't be saying too much in a place where Gaelic football rules but his move to Home Farm, and subsequent appearance on the Republic of Ireland under-18 squad alongside names such as Darron Gibson and Anthony Stokes, tells more.

Reilly was on the cusp of it. And so was Cian Mackey.

The vibrant, hopeful Cavan pair began playing with Home Farm FC towards the end of their teenage years. Reilly would make the cut too.

Burnley liked what they saw in a trial across the pond and snapped this gem up. Even outside of Cavan they were talking about the left footed creator who had it all.

You'd be forgiven for thinking this was May 2019 with the Ulster championship in full swing.  15 years later and they're finally talking about Martin Reilly again.

He was outstanding in Cavan's historic win over Monaghan in the Ulster quarter final and his barnstorming display earned him the PWC Player of the Month award for May.

Speaking to us at the collection of that award, the Breffni man reflects on a career that started with so much hype and reignited in the public eye anyway, not until a good while on.

"Yeah, I was discussing that with a few people and they thought it was strange enough," he says with a rye smile.

He insists that those miraculous passes have been happening however, just away from the glitz and glam of the Sky Sports cameras.

"I think I've had a few good passes in the years before. I think I gave a couple of them before. I don't know, maybe because it was on TV and it was on SKY, a few more people noticed it," he laughs.

So how did the soccer dream turn out? Reilly has seen plenty anyway, that's for sure. He made the move over to Turf Moor while he was still in secondary school but found the transition tough.

Missed Cavan, found it difficult to settle in and came home to a world that had moved on. He'd missed out on his Leaving cert year, had no interest in going back to school and it took an apprenticeship with his cousin to get him going again.

"I came home when I was about 19. I found it tough to be honest. You're going over there very young and you're leaving your family and friends. If you knew then what you know now and have the experience things possibly could be different. But it's tough for someone so young going over there. Some people take to it better than others"

"I didn't really have much interest in going back and doing it (Leaving Cert). So I did an apprenticeship as an electrician."

That set him up for College in DIT, where he studied Electrical Engineering and won a Sigerson Cup.

"I never thought I would go to college but I went a roundabout way of doing it..."

On the day the Leaving cert begins, it's certainly worth nothing that the Cavan man is happy as Larry as an automation engineer despite not having sat his sixth year exams. He looks back on a former life with no regrets. 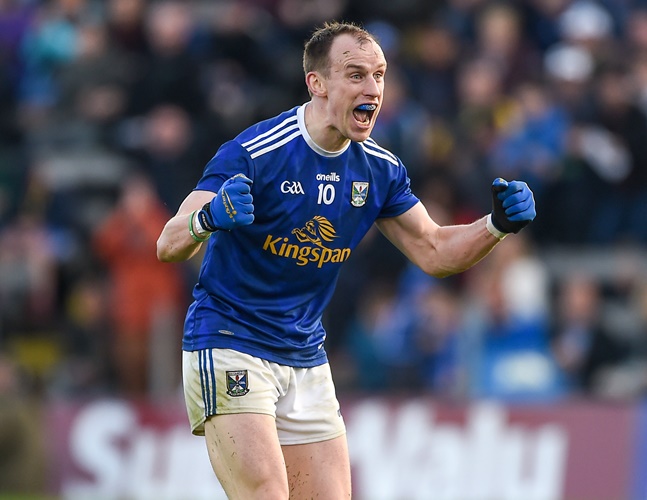 That he has done. For now, all Reilly's focus is on Sunday's Ulster semi-final replay against Armagh. The thoughts of an Ulster final are enough to get this fella excited.

"Exactly. You just had to see after our win against Monaghan in the quarter-final, the supporters were on the pitch after the game for a good half-hour. You could imagine if we got to an Ulster final, the county would be mad..." 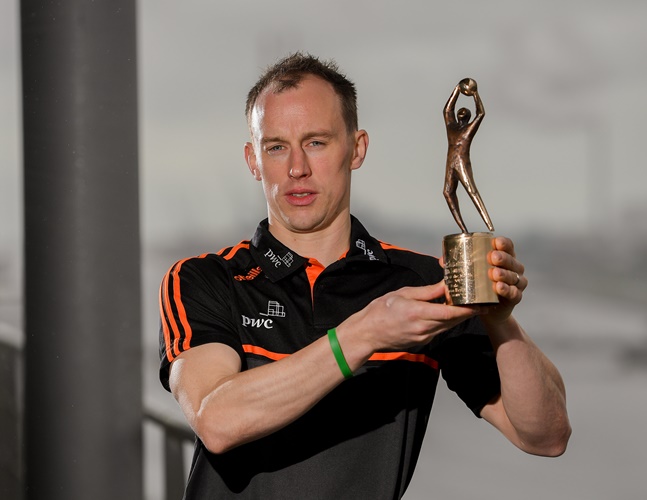 popular
QUIZ: Name every player that's scored three or more Premier League hat-tricks
The SportsJOE 12 o'clock quiz | Day 111
'ROG was the kingpin... he just wanted to win, win, win' - Barry Murphy
"Some of the guys have put a lot into it" - Felipe Contepomi confident Leinster can start fast
You have two minutes to complete this quiz on Irish hat-trick heroes
What Leinster's strongest XV looks like when everyone is available
The SportsJOE 12 o'clock quiz | Day 109
You may also like
8 months ago
"Everyone told us we were too old and that the best was gone from this team"
1 year ago
List of every county footballer with transfer confirmed to America this summer
1 year ago
Cavan's Ulster final woes summed up by astonishing goal chance
1 year ago
"He took the punishment all day and kept on coming back for more, he's brave"
1 year ago
"For such a huge man that everyone in the ground can see, he can sneak into those positions"
3 weeks ago
'Sheep in a heap' become kings of Ireland - The crazy hurling summer of 1998
Next Page