Did you ever think you'd see the day when a team would score 3-23 in a game of hurling only to lose by eight points?

Did you ever think you'd see the day when a wing back would score 0-5 from play and not win man-of-the-match? Welcome to the new age where Calum Lyons stands alone as modern hurling's living embodiment.

It can't have been more than ten minutes into Sunday's game when Lyons propelled himself at a Galway puck-out as if he was some sort of Salthill sky-diver. At best, you could call it a minor inconvenience when the sliotar popped out of his hand because Lyons landed in Galway quicker than a dog on the dinner to not just beat but disorientate every onlooker to the breaking ball.

A Galway tackler - it might be disingenuous to call him that - was bypassed like work of a bank holiday Monday and suddenly there was green grass and a whiff of open country. That's as good as it gets for this flying missile. If Eanna Murphy was proactive he'd have been thinking puck-outs because even though Galway chased in numbers, the four of them were left for dead and wondering when did they get so slow.

If you walked into the press-box at that moment, you'd have seen two journalists staring at the sky in disbelief as another went for the full on 'oh my God, Lyons is out of this world, isn't he?' He is and by the time he'd followed through on his fifth point of the afternoon, this group of wordsmiths had ran out of words.

From gun to tape, it was a breath-taking performance from the Ballyduff Lower club-man but if you'd been paying attention 70 minutes earlier, when Waterford were flattening the grass in an unbelievably intensive warm-up, you'd have said that the game, the movement, the ball control is outrageous, you might have even said that the hurling has never been played at a higher standard.

If there is a more athletic hurler in the country than Calum Lyons, then that person shouldn't be hurling because they should be in the Olympics.

Players like Calum Lyons are hurlers, they're athletes and no matter how far some people are prepared to go to give out about it, there's absolutely no denying that it's a sensational thing to watch.

The sun beamed out of the sky when Liam Cahill put words on it better than any wordsmith could. 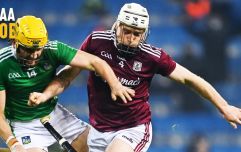 END_OF_DOCUMENT_TOKEN_TO_BE_REPLACED

“Players now are immensely skillful. People forget that. And they’re conditioned, extremely fit athletes, even compared to even three or four or five years ago, it’s gone to a new level.

“So when you have players that have that ability, to put it over the bar from 70 yards with no more than a flick of the wrists, like you can’t tell them not to go for it. It is as it is. What can you do? It’s the modern game now.”

“The game of hurling should be free-flowing," added the Tipperary man decisively before coming out with the best line yet.

"It’s a game of instincts so if a fella in a half-back line is 70 or 80 yards from goal, as I said, and his instinct is to have a pop and put it over the bar, you know, why would you stop him from doing that?

“We’re coaching young fellas at every level to open their shoulders and be able to drive the ball so why would you restrict that kind of skill?”

It's easy forget about the bad games when you've just watched a game as good as what went on in Salthill yesterday but we should remember, even during the dull affairs, is that there were bad games back in the 90s and in the 2000s too.

This Dessie Hutchinson goal couldn't be any more beautiful if it triedpic.twitter.com/ftMLZW2JFf

“You’d always think coming up, if someone told me this morning you’d score 3-23, you’d say, ‘Jaysus we’ll get a result up here in Salthill’, which is a tough place to come to but that’s the modern game now," said Cahill.

Galway manager Shane O'Neill says he wouldn't like to be a defender.

“I think just the skill level and the pace of the game, you could see it there. It’s very difficult to be a back man these days because of the space created by everybody else."

Calum Lyons is more of an all-bases-covering phenomenon than he is a back-man.

popular
Danny Murphy's comments on BBC tonight prove some folks will never learn
Tyrone shoot the lights out with no fewer than 11 goals against Wexford
Cristiano Ronaldo is not human. Not human at all
"He looks the fool now" - Didi Hamann took exception to one magic Ronaldo moment
An important moment in football history: Gareth Bale lets his hair down while playing for Wales
England and Scotland fans clash in incredibly underwhelming set of handbags
'Bruno would not have lasted more than five minutes in my dressing room'
You may also like
3 days ago
"Mam and dad would have to tell me to stay at home and I'd be kicking up about it."
5 days ago
"Joint-winners? I'm not in favour of that. Personally, I think it's a joke"
1 week ago
Galway's modern machine summed up by Shane O'Neill's shout at Daithí Burke
3 weeks ago
Brian Howard and Shane Walsh put on a show as Con wins it for Dubs
3 weeks ago
"I'd often be out farming or throwing out fertiliser or moving cattle or sheep before matches"
1 month ago
"To make players turn into robots on the field" - new anthem rule doesn't wash with traditionalists
Next Page