James McCarthy is a machine. And this machine has another kick in it yet.

If you're a Dublin fan then it goes without saying that, first things first, you'll be delighted to hear the news. James McCarthy will be back in blue in 2023.

END_OF_DOCUMENT_TOKEN_TO_BE_REPLACED

Strangely for him - as an ironman for most of his career - he's been dogged by injuries throughout 2022, starting with the county campaign and spreading right through to this club season.

Either way, Dessie Farrell will be delighted to hear the news because, realistically, and as he proved in this year's All-Ireland semi-final against Kerry, a three quarters of the way fit James McCarthy is still better than most players if they were all the way fit.

What a player and what a leader.🙌

END_OF_DOCUMENT_TOKEN_TO_BE_REPLACED

Unbelievably, when you consider the performance he put in that day, three quarters fit was all he was.

"It took up until the week of the [Kerry] game, really," McCarthy said of the hamstring injury that has restricted him all year.

"I took a big step back from training, just kind of rested and just kind of let the body heal up itself instead of overdoing it, I suppose. There's always a risk with that as well, going in to such a big game, that it could blow up on you.

END_OF_DOCUMENT_TOKEN_TO_BE_REPLACED

"I was lucky enough, the leg held up.

"It was a tricky couple of weeks between the Leinster final and [All-Ireland] semi-final, just trying to get the body right. It was similar for Con as well, unfortunately while it worked out for me it didn't work out for him," the 32-year-old added.

And it doesn't matter who you are, whether you're a committed footballer in Roscommon or a part-time hurler in Wexford, we've all been there. We've all had those injuries that, leading into games, restrict your preparation and run through your mind all day. McCarthy says that, in that situation, he relied on his experience while ensuring he did everything he possibly could - swimming, cycling, physio - to make sure he was as fit as he possibly could be.

"There's always those doubts in your head, I'm lucky enough that I can rely on past experiences to a degree, but it'd be tough on a younger player if they're going through something like that.

James McCarthy's mother and father of all shoulders in the 2017 Dublin county final.#Sickener pic.twitter.com/n1mTHS619J

"You spend a lot more time of the massage table (during those weeks) or the physio table when you're older, doing extra rehab sessions in the gym or extra prehab stuff. The training has got so advanced now, even in the years since I've been with Dublin, there's just so many things to juggle in the air and try to get right."

"I've definitely had to put more focus on the recovery side of things, trying to get in for swims, stretching, massages - all those things all add up. You might find yourself having no [spare] time left, but you have to deal with all that if you want to compete at the highest level.

"You do a bit of running, to a degree, a lot of time on the bike, swimming, any conditioning you can do that's not going to hurt the [injured] leg, you do. But all that work doesn't really prepare you for training and playing matches and stuff so you just try to do the best you can for the big day and get ready for it. That's what I've always done over the years and it's always served me well."

When he looks back on the year, it clearly irks McCarthy that he missed out on so many games and it's something he'll be hoping to clear up be next season.

"I've had a tricky year with injuries so I'm going to have to have a look at that during this off-season. I can't be playing so few games during the year. I played the semi, had a decent enough game.

"I'm doing a lot of hamstring injuries, unfortunately. I always think if you do a muscle injury there's things you can do to avoid it, you shouldn't be getting so many muscle injuries. Maybe it was the condensed season, matches week on week, but I didn't play that many matches so I don't know. It's hard to know. I'll look at things like flexibility, strengthening all them type of things that play a part. It was mainly just muscle injuries throughout the year. It's not ideal to be getting them."

Either way, he expects to be back this Sunday, when Ballymun take on Cuala in a must-win Dublin club championship group game. A Kilmacud Crokes team bolstered by the addition of Shane Walsh take on Templeogue Synge Street in the other live televised game.

As for the Walsh transfer, McCarthy made his feelings on it fairly clear.

"It's a big coup for them, absolutely. They're going to have a pretty strong inside line to deal with.

"What's my opinion on it? I've a strong opinion on it, but you guys, I'll let you have a guess on that. But it is what it is. I'd prefer if he joined Ballymun, that's all that I'm saying!" 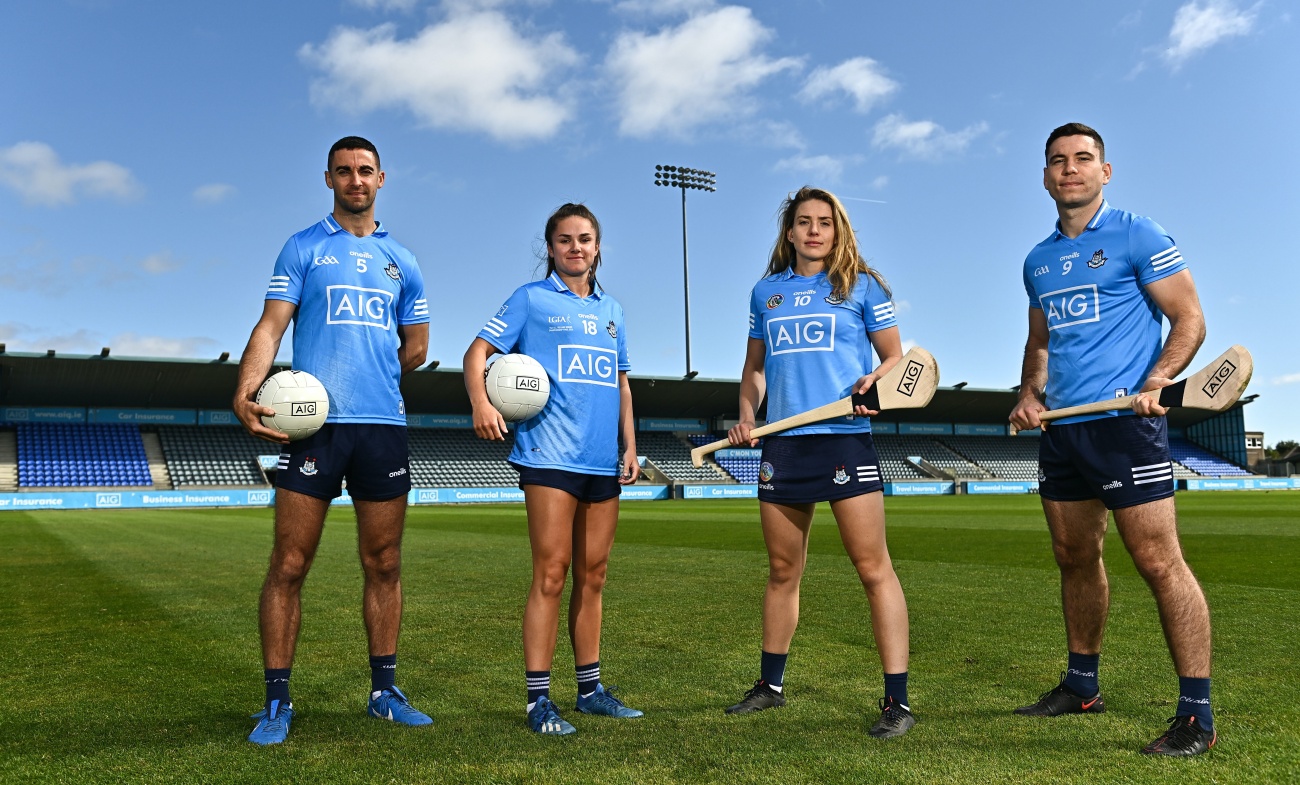 30 August 2022; In attendance are, from left, Dublin footballers James McCarthy and Kate Sullivan, Dublin camogie player Aisling Maher and Dublin Hurler Paddy Smyth at Parnell Park in Dublin. They were on hand to launch AIG’s new Injury Cash product, aimed at sports people and athletes of all levels to help provide some direct financial support and assistance in the event of a covered injury. For more information on AIG’s Injury Cash visit www.aig.ie/injurycash Photo by Sam Barnes/Sportsfile.

You may also like
2 weeks ago
"I was living day to day" - Shane Carthy and Cormac Ryan open up about their past and present struggles
3 weeks ago
"I'll try get that little bit faster, that little bit fitter. I'll try to put on a bit more weight" - How Gannon aims to improve during off-season
3 weeks ago
"I couldn't get over the amount of differences between the hurling and the football" - Leaving hurlers was never an option for O'Donnell
3 weeks ago
Shocking scenes as brawl extends into the stands during Oulart-the-Ballagh vs Naomh Barróg
4 weeks ago
"We've kind of gone away from stats" - the personal goals Dias sets for himself each game as a midfielder
1 month ago
GAA JOE Team of the weekend
Next Page