What is the problem with Aidan O'Shea?

When I worked in the County Derry Post, we once got a phone call into the office from a proud parent giving out that there were no photos of little Johnny in the paper.

Johnny was playing in an underage match we had dedicated two pages to and, whilst there were loads of pictures alright and plenty of class action shots of Johnny's team mates, there was nothing but a name on the team sheet of the man himself.

The editor at the time listened intently - polite, fair - and with vested interest too because she took the photos herself but, when the tirade eventually came to an end, she offered a very simple retort.

"Do you think maybe if wee Johnny got a touch of the ball that he might've had a better chance of having his photo taken?"

You don't even need to watch Aidan O'Shea play to know what sort of player he is and to know just how important he is for Mayo.

If you took a scan through Sportsfile's action photos, you'll see the same man eternally in the thick of it, demonstrating three massive parts of his game that make it mad now to think that he was ever considered anywhere else other than midfield.

You'll see him hounding lads, tirelessly tracking runs and making those big tackles on the Mayo 45' that shields them so well. 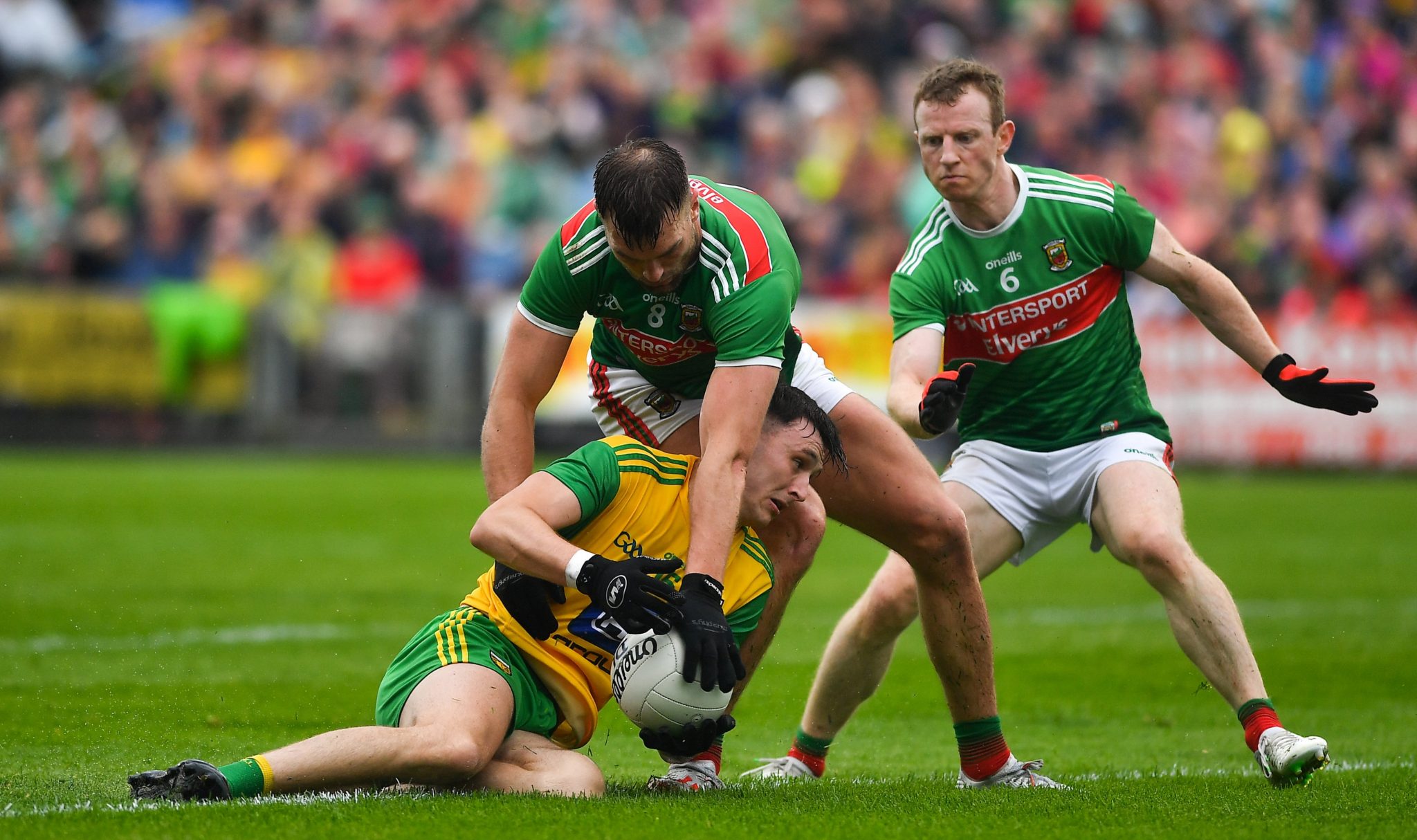 You'll see him catching ball as men flail behind him. Leaping into the skies and plucking another kickout down like he does better than anyone and like he does so crucially to lift the siege time after time. 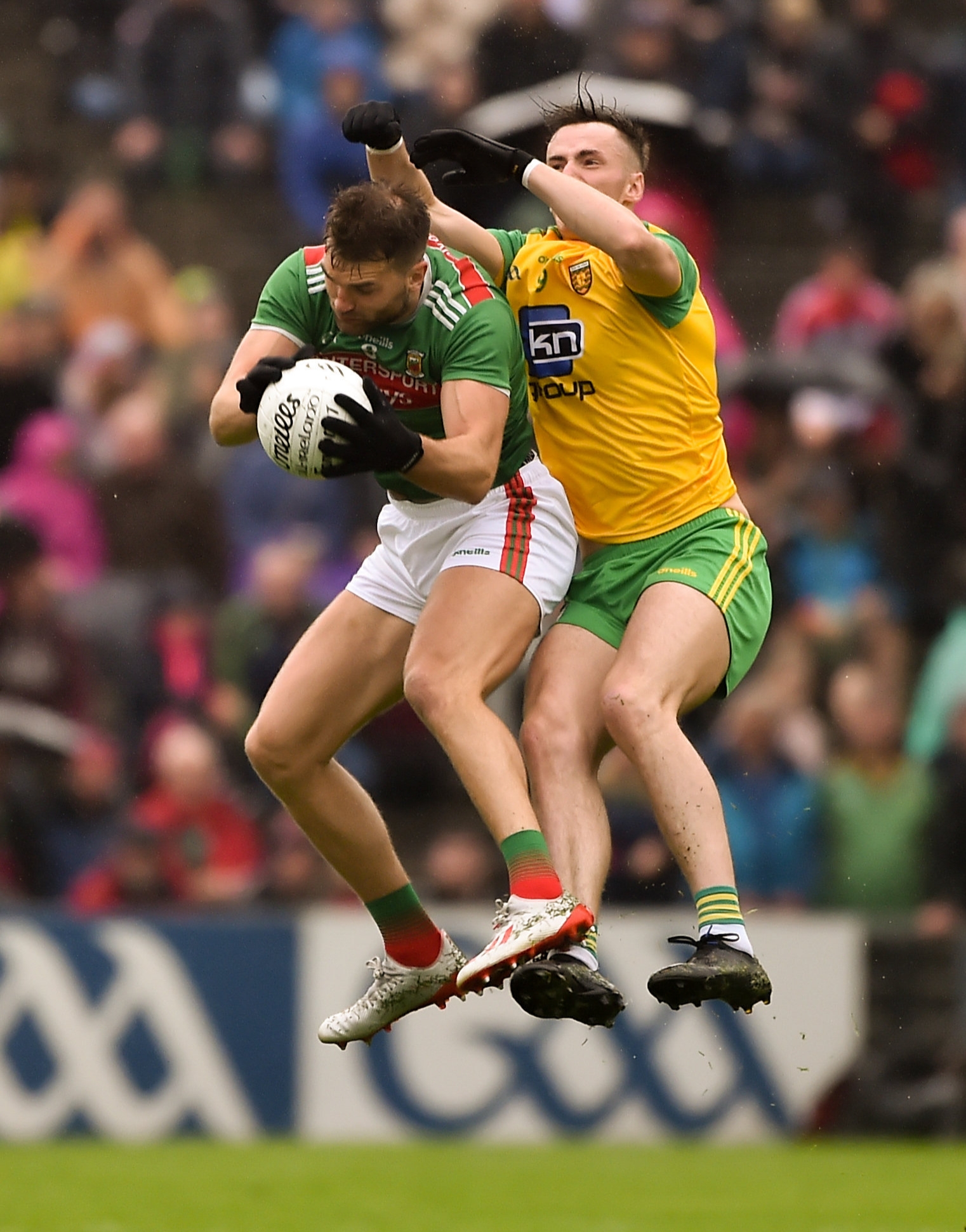 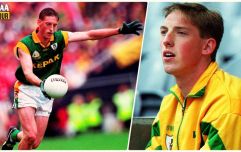 END_OF_DOCUMENT_TOKEN_TO_BE_REPLACED

And you'll see his influence in attack, rarely unchecked, never with space and time to pick handy plays. Always having to barge through tackles, attack more punishment to free up a team mate who can finish off all his work.

O'Shea operates in one of the most selfless, thankless roles in inter-county football. He uses his body merely as an instrument for Mayo - a shock absorber, a bulldozers, a platform for everyone else to use and take all the credit because there's seemingly none reserved for him.

At the root of it all, Aidan O'Shea is just a big, honest football player who, at the very least, offers pure hard work and sacrifice every week. He's a raw battler, starved of an All-Ireland and, in any other sport, a man fitting that profile would be one of the most appreciated.

In this world though, it's either grief or silence.

"All the Aidan O'Shea knockers go quiet for the last three or four or five games," Colm Parkinson said on The GAA Hour.

"What will happen if he doesn't play well against Dublin, which could easily happen around midfield, they'll say he's a bottler and he doesn't do it. You always see them go into the woodwork when he's playing well."

The fact that O'Shea is so battle-hardened makes the narrative of him and his apparent celebrity more difficult to accept.

"He should be really loved by everyone if we're being honest. What's there not to like?

"If anything you'd be looking at it and saying Fenton has more natural talent and is more skilful than Aidan O'Shea and he's playing on a better team and O'Shea is this warrior who inspires his teammates and really brings the fight to a lot of these teams and continues to do it and he's just such a robust and enjoyable player.

"For me, i'd have great admiration for him and I don't understand why people would be knocking him to be honest. I don't know why he's a target for it. I don't get it."

"I have great admiration for him and I don't understand why people would be knocking him to be honest..."

The lads can't fathom why a hard-working, honest, team player like Aidan O'Shea gets so much criticism.


popular
Can you name every English football club that begins with 'W'?
James Haskell on text exchange with Peter O'Mahony after Ireland's victory over Scotland
The SportsJOE 12 o'clock quiz | Day 105
The SportsJOE 12 o'clock quiz | Day 103
"The academy boys have turned into small monsters over the past few weeks" - Peter O'Mahony
Ronan O'Gara shares class Johnny Sexton story ahead of World Rugby awards
Fines and suspensions in Tipperary after stewards enquiry
You may also like
2 weeks ago
"I don't think forwards like when you play that half a yard in front"
2 weeks ago
"I couldn't look somebody in the face and shake their hand if I'd been dragging off them for the hour"
2 weeks ago
"He was a nightmare to play against...you were just a sitting duck"
3 weeks ago
Easy does it: The art of the trash-talk with Eamon McGee
1 month ago
"I knew I didn't have the pace or strength, it was just get it and try kick it left or right"
1 month ago
"That's done at the end of a sprint, jumping off one leg" - Kevin Feely on the art of fetching
Next Page