"I’ve seen him in some matches when he knew he wasn’t right."

Stephen Kenny jumped to the defence of Seamus Coleman following Jamie Carragher's remarks about the Everton defender being a part of a "Championship back four."

Carragher had questioned Coleman's place in the Everton starting XI following the Toffees' 5-0 thumping defeat away to Tottenham Hotspur in March. 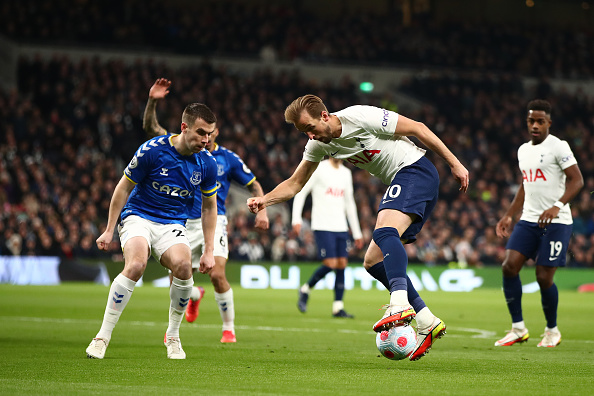 END_OF_DOCUMENT_TOKEN_TO_BE_REPLACED

Carragher told Sky Sports after Spurs' heavy win over the Toffees, "people are just running in behind him. And that goes back to Everton's recruitment, that Seamus Coleman's still playing right now."

The former Liverpool defender said he "felt sorry for Coleman." Kenny, however, said that Coleman has been in good form since Frank Lampard was appointed as Everton manager.

The Donegal native scored for Everton in a 3-0 win over Leeds United in February, which was Lampard's first home Premier League game in charge at Goodison Park. He was also excellent in team's win over Man United on Saturday.

Séamus Coleman won possession more times (12) than any player on the pitch during Everton 1-0 Man Utd.

END_OF_DOCUMENT_TOKEN_TO_BE_REPLACED

"I thought Seamus actually was in really good form when Frank Lampard came in first, and then just to have a bad game that was live on TV," Kenny told The LOI Show.

"He obviously got a lot of criticism and people then believed that’s how he’s been playing for six or eight weeks when he hadn’t, he’d actually been playing very well up to that." 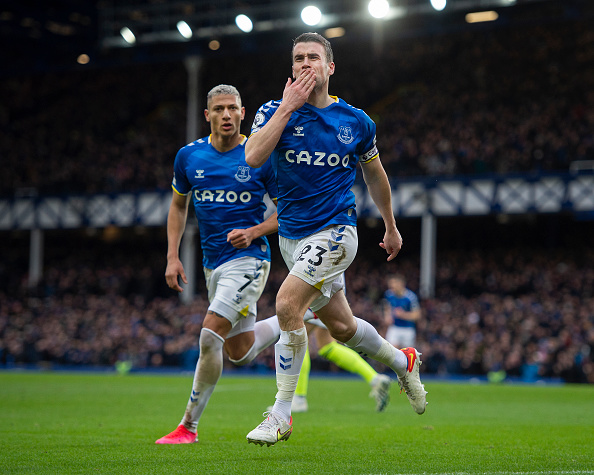 Kenny said that Coleman is always eager to play, even if the 33-year-old is carrying a knock, in order to help the team. The former Dundalk manager said that the Ireland captain is a "selfless" player.

"So he got criticism, but the issue with Seamus is not that he’s not at the level. He is at the level, it’s just sometimes he’s put himself out there when he’s not been 100 per cent, putting the team first," Kenny added.

"He’s not one to speak up, it’s ‘if you want me out there and the physio says I’m right, I’ll play,' so he’s come back very quickly from injury and probably when he wasn’t right. And I’ve seen him in some matches when he knew he wasn’t right. He’s so selfless that way." 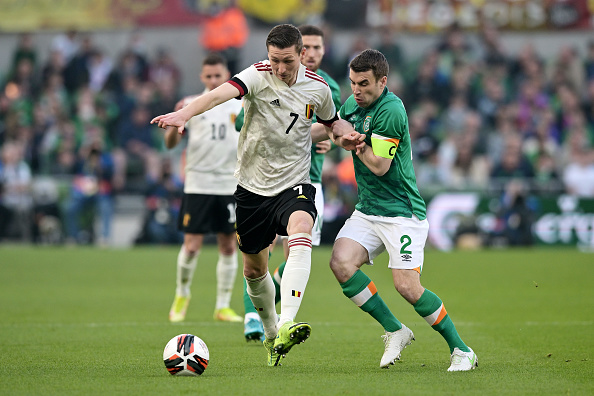 
popular
Former England Under-21 captain open to playing for Ireland
The four stone-cold certainties for All-Stars even as early as this
Romelu Lukaku was upset by Thomas Tuchel's 'daddy' joke about Antonio Conte
Kylian Mbappe reportedly wants PSG to sell Neymar
Eamon McGee just couldn't help himself with Armagh-melee tweet
"He's actually smiling putting the ball over the bar. He should nearly be fainting." - Ryall on Limerick's legacy
"The economy was one of the big reasons" - Cadogan's move from an electrician to personal training
You may also like
1 week ago
Josip Juranovic may depart Celtic as Premier League clubs chase transfer
1 week ago
Rio Ferdinand on the four Man United players who could be sold this transfer window
1 week ago
Glenn Whelan highlights Rory Delap's importance under 'Pulis-ball' at Stoke City
1 week ago
Burnley name their price for Nathan Collins with two Premier League clubs interested
1 week ago
Chelsea ready to 'make move' for Raheem Sterling
1 week ago
Investigation launched into Granit Xhaka booking after huge bet placed
Next Page