"Seamus Coleman - I actually feel sorry for him."

Jamie Carragher believes Everton are in danger of being relegated to the Championship following their 5-0 to Tottenham Hotspur on Monday Night. The Sky Sports pundit also said he feels 'sorry' for Toffees captain Seamus Coleman.

Following the defeat at the Tottenham Hotspur Stadium, Everton sit 17th in the Premier League. The Toffees have lost four of their five league games since Frank Lampard took charge.

They remain one point above the relegation zone with 13 league games remaining, and Carragher has said their defence is 'Championship level.' 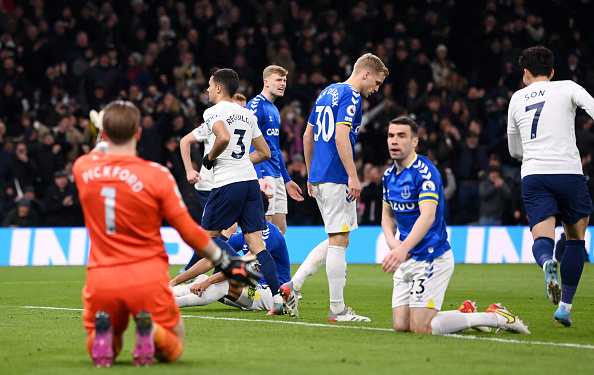 Speaking on Monday Night Football, Carragher noted that, unlike Everton teams of the past, the current are "weak and soft."

END_OF_DOCUMENT_TOKEN_TO_BE_REPLACED

"Whenever you see teams who are worst in the league away from home, the first thing that comes to mind is they're weak and soft," Carragher said on Sky Sports.

"That can never be Everton. I said that back four is Championship level but for Everton not to be physical, aggressive, making it tough. That's what Everton have always been even when they've not been at the best.

"Fundamentally this group of players at this club is so weak now. The lack of athleticism in that Everton team is frightening." 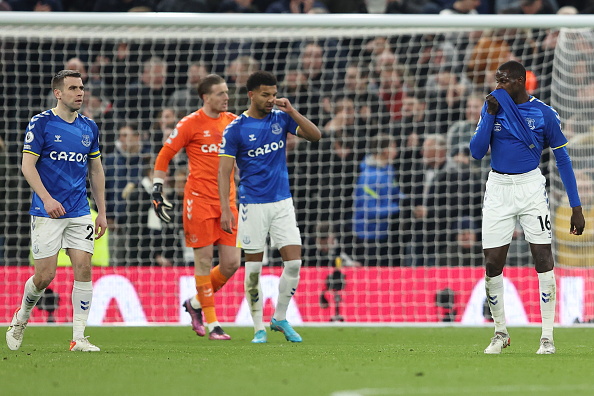 END_OF_DOCUMENT_TOKEN_TO_BE_REPLACED

Carragher also spoke about Everton captain Seamus Coleman. The 33-year-old started on the right of a back three for the Toffees, and Carragher noted that attackers are now outpacing him.

The Republic of Ireland captain has played for the Toffees since 2009. Carragher said that Everton's poor recruitment has been a factor in the Donegal man suffering in this current side. 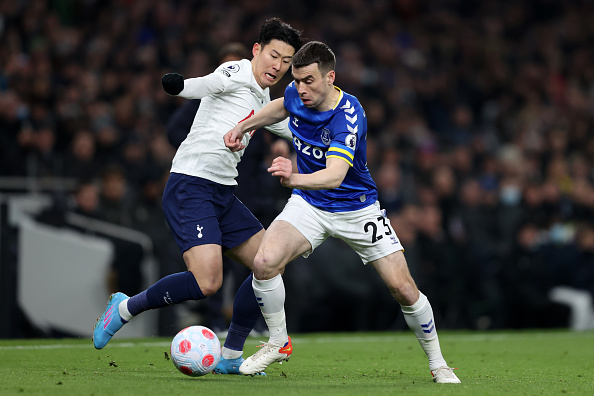 "Seamus Coleman - I actually feel sorry for him," Carragher said. "He's been a great full-back for Everton. But right now this is happening far too much, where people are just running in behind him.

"And that goes back to Everton's recruitment, that Seamus Coleman's still playing right now."

Coleman has been a great servant to Everton making 318 Premier League appearances over 14 years at the club.

However, like the rest of the Toffees team this season, he has endured a difficult campaign. And it could be argued that Carragher's pity is actually worse than criticism.


popular
Damien Comer targeted in brutal, chaotic Armagh and Galway brawl
Roy Keane makes good on bet after seeing Cork fall to Dublin
Shane McGuigan does a 'Sueey' Cristiano Ronaldo would be proud of after winning MOTM
Conor Gleeson's gesture to heartbroken Ethan Rafferty a tonic after sideline brawl
Liverpool set £60m Mo Salah price as contract talks continue
"I have decided to stay in Ireland" - Oisin Mullin gives Mayo fans the news they have been praying for
Malcolm Ebiowei 'ignored Erik ten Hag text' before signing for Crystal Palace
You may also like
5 days ago
Josip Juranovic may depart Celtic as Premier League clubs chase transfer
5 days ago
Rio Ferdinand on the four Man United players who could be sold this transfer window
6 days ago
Glenn Whelan highlights Rory Delap's importance under 'Pulis-ball' at Stoke City
6 days ago
Burnley name their price for Nathan Collins with two Premier League clubs interested
1 week ago
Chelsea ready to 'make move' for Raheem Sterling
1 week ago
Investigation launched into Granit Xhaka booking after huge bet placed
Next Page