The Irish players showed their grit and determination over the weekend.

It was an eventful weekend for Irish players as Seamus Coleman's defensive resistance helped Everton's survival hopes as they beat Manchester United.

Across the leagues, Mark Travers, Danny McNamara, Troy Parrott, and Will Keane all contributed to helping their teams maintain a strong finish to their respectful domestic campaigns.

However, Matt Doherty will miss the rest of the season due to a knee injury picked up at Villa Park. 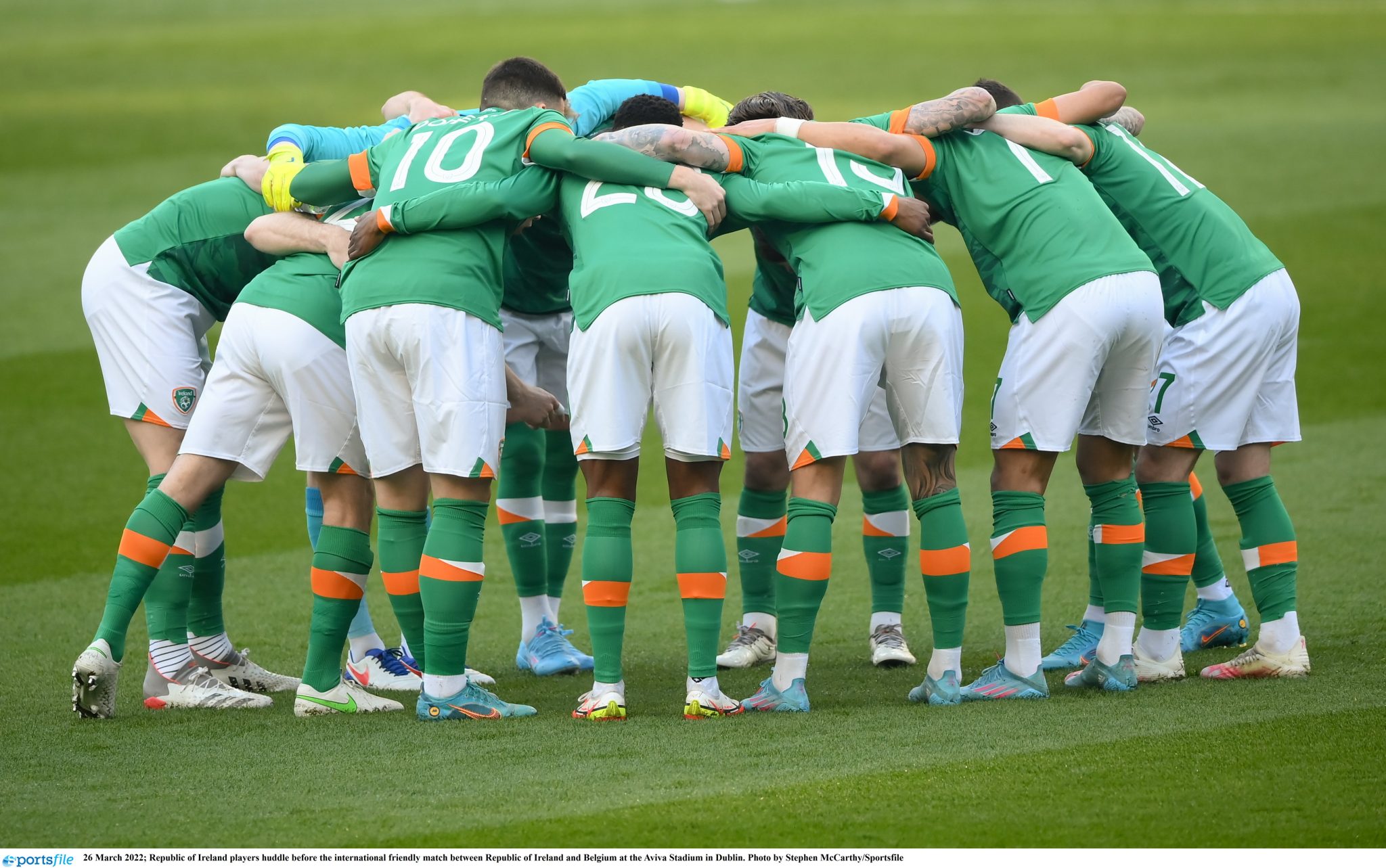 Coleman starred in the Everton defence as the Toffees recorded a 1-0 win over Man United at Goodison Park on Saturday.

END_OF_DOCUMENT_TOKEN_TO_BE_REPLACED

The Ireland captain won possession 12 times throughout the match, more times than any other player on the pitch.

The 33-year-old received praise from Frank Lampard at full-time as the three points moved the Toffees four points clear of the relegation zone. 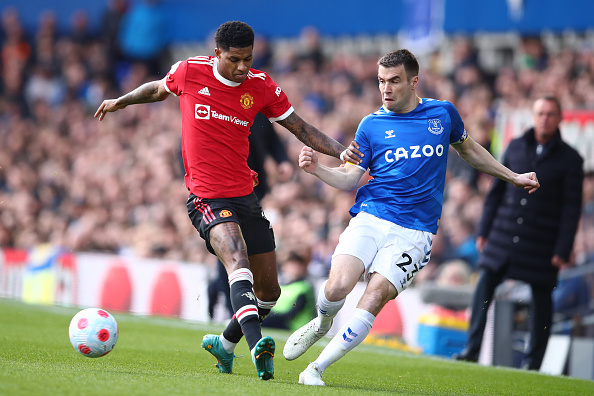 Lampard alluded to Coleman's leadership qualities and the positive impact he has on the players around him during the game.

END_OF_DOCUMENT_TOKEN_TO_BE_REPLACED

"I wanted him on there because of his voice and how he is," the Everton manager told reporters at full-time.

“He's a fantastic captain of the club. Everything I heard before I came, from Carlo Ancelotti and others in the game, was about Seamus Coleman being an incredible captain and he's delivered that and more. His effect on the lads when he speaks is immense.”

Coleman has made 321 Premier League appearances for the Toffees, his experience will be vital for Everton if they are to remain a Premier League club next season. 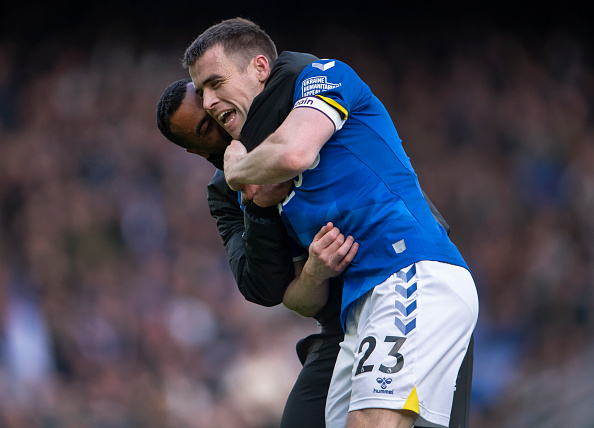 Doherty was taken off injured after 20 minutes in Tottenham Hotspurs' 4-0 victory over Aston Villa at Villa Park on Saturday.

After the game, Antonio Conte played down the severity of the injury. However, it has since been confirmed that the 30-year-old sustained a ruptured medial collateral ligament in his knee following a robust challenge with Matty Cash.

The Ireland international attempted to play on but was taken off and left the stadium in a knee brace. It is yet to be confirmed if Doherty will undergo surgery on his knee.

The Dubliner has been a first-team regular under Conte in 2022, playing at both right-wing-back and left-wing-back as Spurs made strides towards Champions League football for next season. In his previous six Premier League games, Doherty registered four assists and scored two goals.

The former Bohemians defender looks set to miss out on Kenny's squad for the June Nations League game due to the extent of the injury sustained. 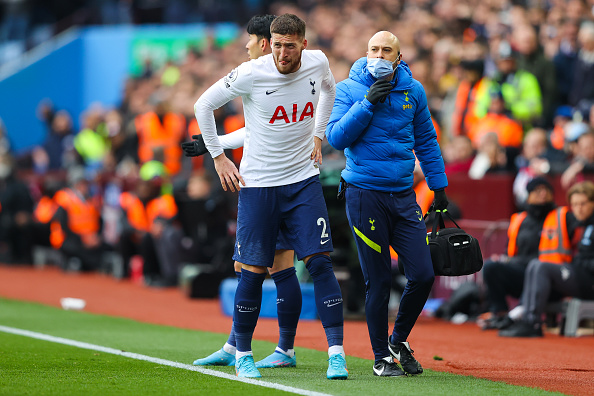 Travers was instrumental in goals for Bournemouth as they were held to a 0-0 stalemate by Sheffield United at Brammel Lane on Saturday.

Cherries boss Scott Parker spoke about the "remarkable" improvement from the Kildare native since the start of the season.

“The progression of Mark is remarkable really. If you’d have seen Mark at the beginning of the season to where he is now, it’s chalk and cheese," Parker told the Bournemouth Echo.

“That’s fully down to Mark. The investment he has put into Rob Burch and Gareth (Stewart) in terms of coming in every day, wanting to improve, and having a strong mind to understand that position and how tough it is."

The 22-year-old made a last gasp save to secure a point for Bournemouth in their promotion quest back to the Premier League.

Bournemouth are six points clear of third-placed Nottingham Forrest with seven games remaining. Travers has recorded 15 clean sheets in the Championship as the Cherries aim to play Premier League football next season.

Mark Travers is leading Bournemouth to the Premier League with stops like this #COYBIG pic.twitter.com/Sr4KNdv6sR

McNamara scored his first goals for Millwall as they beat Barnsley 4-1 at The Den on Saturday. The 23-year-old right-back scored a brace as the Lions moved up the ninth in the Championship. Gary Rowett's side are four points off Sheffield United in sixth with five games remaining.

The Millwall manager was delighted to see McNamara get on the scoresheet, as the full-back had been working on the attacking side of his game in training.

Rowett claimed it was the Irishman's challenge early on that set the tone of the game for the Lions to go on and win the match.

"He’s been getting into those positions. I know Robbo’s been working with Danny trying to get a little bit higher, reading the game and getting in at the back post," Rowett told reporters at full-time.

“He’s done really well, particularly in some of the home games where a Danny McNamara crunching tackle sets everyone off and gets the atmosphere going.”

McNamara will be hopeful of getting into Kenny's squad for the June Nations League games following his promising performances for Millwall recently. There will also be a slot in the squad at right-back after Doherty's injury. 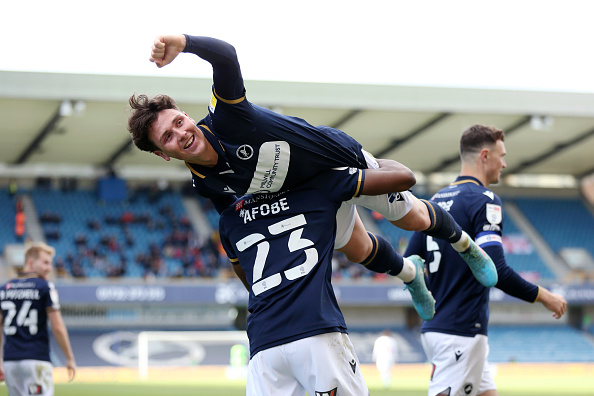 Parrott scored a stunning volley as the MK Dons drew 1-1 with their arch-rivals AFC Wimbledon at Plough Lane on Saturday.

The 20-year-old equalised in the 80th minute to continue their goal to play Championship football next season. The result leaves the Dons three points clear of third-placed Rotherham United with two extra games played.

MK Dons manager Liam Manning was full of praise for the Irish international at full-time, suggesting jokingly, that he won't join in on fan comparisons to Marco Van Basten's volley until he watches it back. 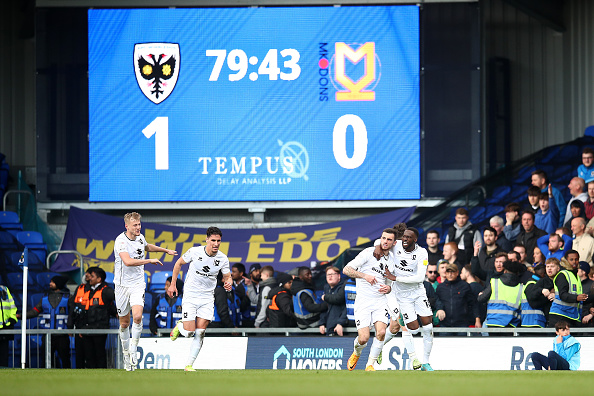 “I haven't seen it back yet but all I know is that it was a moment of quality. He had good control of it, but I cannot compare it to van Basten yet! Manning told reporters.

“It was great technique, a terrific finish. I felt we deserved to get something from the game, so it was nice to score in that manner and extend the run.”

Parrott has scored three goals in his last four games for club and country as interest grows around the Spurs loanee. If the Dubliner keeps up this rich vein of form he'll rightfully campaign for a starting place in Kenny's starting 11.

Will Keane - another week, another goal.

Keane scored his 22nd goal of the season in League One as Wigan Athletic beat Lincoln City 3-1 at the LNER Stadium on Saturday.

The Ireland forward regained the lead for the Latics after 21 minutes, Keane fired his effort into the top corner from the edge of the box.

Wigan stay top of League One, six points ahead of Rotherham in third with six games remaining. The Latics have a superior goal difference so anything less than automatic promotion would be disappointing for the 2013 FA Cup winners.

The 28-year-old will be hoping to translate his club form for Ireland in their June Nations League games, where Ireland play four times in 11 days. 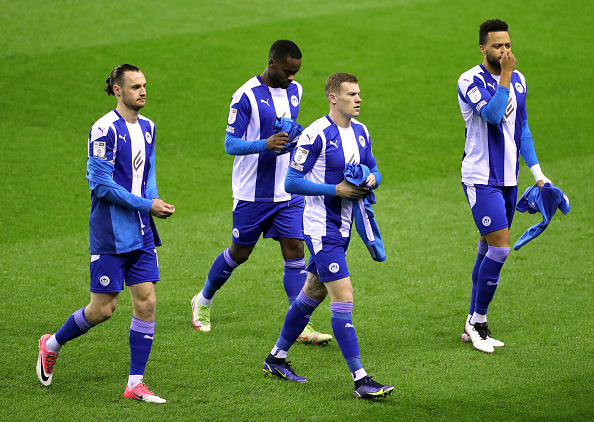 
popular
Iran demand action by FIFA after USA team change flag on social media
World Cup 2022 Day Nine: All the major action and talking points
"I appreciate Moycullen now more than ever" - Cooke's American lifestyle from a Moycullen base
Roy Keane's issue with Argentina star could rival Graeme Souness and Paul Pogba
GAA JOE Team of the weekend
All-Ireland Hurling winner's medal stolen as Gardaí appeal for information
"It's not acceptable. It was out of order." - Hamann blasts Rudiger for appearing to disrespect Japanese player
You may also like
2 weeks ago
"I was called ‘the Northerner'" - Martin O'Neill opens up on his time as Ireland manager
3 weeks ago
James McClean gets straight on to Graeme Souness after being told 'to get on with it'
3 weeks ago
Stephen Ireland explains why his Ireland career ended after only six caps
1 month ago
Stephen Kenny responds to Brian Kerr's criticism of his performance as Ireland manager
1 month ago
"Nobody could touch him that day" - When Roy Keane reigned in Spain
1 month ago
Man City and Juventus among major European clubs scouting young Ireland star, Rocco Vata
Next Page