Ireland and England played out a drab 0-0. What do you want to know?

There's not much to tell. Eight hundred years of tension between the two nations came to an anti-climatic head as Roy Hodgson and Martin O'Neill led a peace process at the Aviva.

Daryl Murphy had a couple of chances in the first half. Apart from that, this was a very pleasant affair - unless you were, you know, a football fan.

Here's how the players involved fared.

Keiren Westwood - 6
Didn't have much to do. Very solid, took no chances with his kicking, a fine hour.

Seamus Coleman - 5
Not the threat he usually is. Kept the ball well under pressure at times and never looked in trouble defensively but not up to too much.

Marc Wilson - 6
Launched a couple of nothing balls forward under no real pressure. Solid at the back though.

John O'Shea - 7
Very good game at the back. Was brave on the halfway line and nicked in on a number of occasions to ruthlessly end England's attacks.

Robbie Brady - 7
Dinked a beautiful ball forward for McGeady to open up the English. Pushed back a lot by Sterling but never too loose. Free kicks were bang on the money. Plays good football. He's a risk at left back but one worth taking. 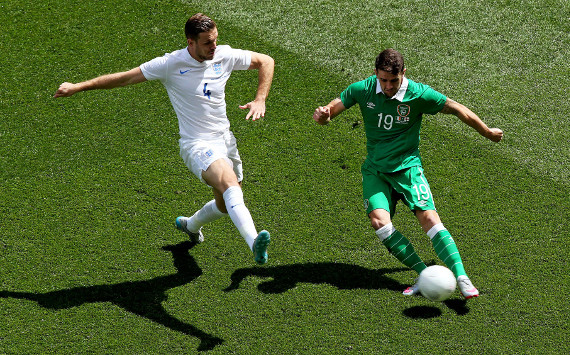 END_OF_DOCUMENT_TOKEN_TO_BE_REPLACED

Aiden McGeady - 6
Seemed hell-bent on giving the crowd what they wanted and shutting down Raheem Sterling. Doubled up with Brady at every opportunity and he wasn't being overly nice about it either. Looked threatening in the first half with a couple of good balls, drifted after the break.

Glenn Whelan - 7
Sat deeper in midfield and let McCarthy push on. Won some dirty ball back, tough and tenacious and reliable as ever. Good shift.

Jeff Hendrick - 5
Opened the opposition up with a headed through ball in the first half to put Murphy through the best chance of the opening period. Seemed to disappear though as the game wore on.

END_OF_DOCUMENT_TOKEN_TO_BE_REPLACED

James McCarthy - 6
Took up a more advanced role in what was a bit of a diamond by the Irish. Sprayed a couple of lovely passes but quiet enough for his 45 minutes.

David McGoldrick - 6
Dropped off the striker so naturally and let Murphy run in behind. At times it did look like it was his first full game in a few months but he was a bull in the box as well, charging at anything that came in. A good half that will have his stock high enough ahead of the Scotland game. 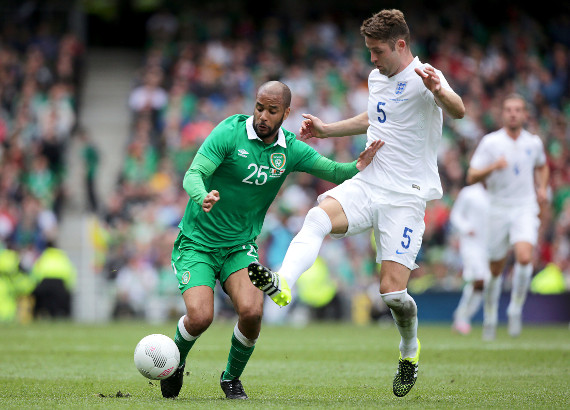 Daryl Murphy - 6
Very lively. Always a threat and always available. Half-volleyed an effort narrowly wide but should've done better with his free header about seven yards from goal in the 36th minute. Used his body well to lead the line up top

Shane Long - 5
Victim of the team seemingly deciding not to play ball after the break. Ireland were penned back and went direct, all Long could do was chase.

James McClean - 6
Drove diagonally at the opposition and set up Walters for a piledriver at the edge of the box. Usual industrious self sprinting up and down the left with no relent. Fantastic tackle on Milner in the box.

Jon Walters
Stung Hart's hands with an effort from outside the box. 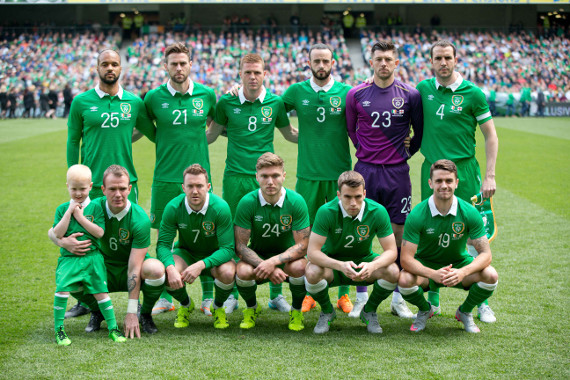 Shay Given - 6
Miscued clearance down field worked out a dream as his studs played Brady a through-ball. Fantastic stop down to his left to deny a Townsend effort late on.

Harry Arter - 6
Came on for his international debut and excited the crowd. Drove at England, shot wide, tried to slip balls through. Very eager to make an impression.

Paul McShane - 5
Lost the ball when he should've cleared it, recovered astoundingly with a brilliant sliding interception in the box. That's why we love the honey monster. 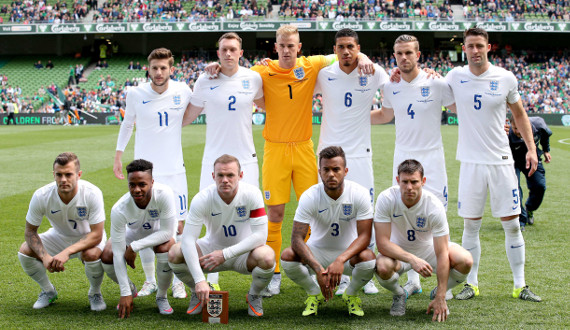 Joe Hart - 6
Had a couple of scares early on as Ireland came flying out of the traps. Tested with a few high balls and a couple of routine near post blocks. Slipped on his backside at one stage to the biggest cheer of the afternoon.

Phil Jones - 6
Wasn't as haphazard as you might've hoped but was shaky enough when he was put on the back foot by McGeady.

Chris Smalling - 7
Fantastic intervention to save England's skin when McGeady whipped an inswinger and McGoldrick came charging in. Smalling was strong and reactive. Dealt with Walters' physical threat well. 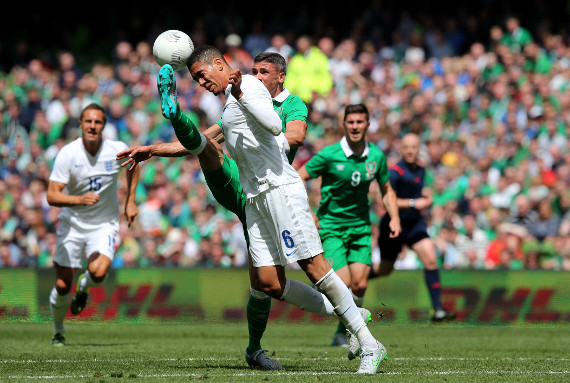 Raheem Sterling - 4
Seemed to spend more time on the floor than he did on his feet. Entered into the box a number of times and looked like he might do something. He never did.

Jordan Henderson - 7
Strutting around in the England number four jersey, his infatuation of Steven Gerrard has reached international levels. In fairness though, he was the best of England's midfielders and broke forward with pace. Moved himself well around the middle, too.

Adam Lallana - 5
Not really sure what he was supposed to be doing.

James Milner - 5
Looked more concerned with worrying about Seamus Coleman than anything else.

Wayne Rooney - 4
Had a tough time from the Irish crowd who seemed to be obsessed with his weight. Crucial interception from a set-piece in his own six-yard box to deny Murphy a certain goal. Went through one-on-one early in the second half only for a hilariously bad touch to let him down. Didn't look too sharp at all. 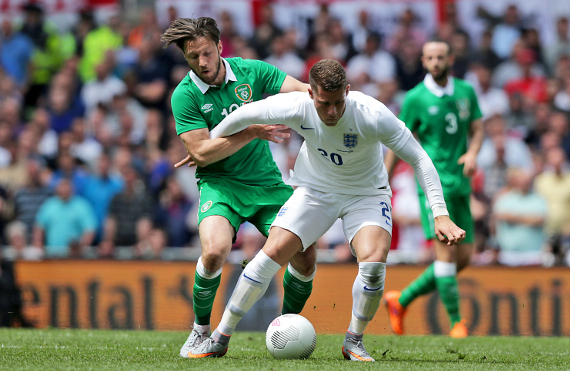 Ross Barkley - 6
Made a big difference for the English. Seemed to get by midfield and too the edge of the box with ease and curled a couple of fizzing efforts at goal.

Andros Townsend - 5
Good run and good ball with his first involvement. Thankfully his involvements are always few and far between. He did force a good stop out of Given with 10 minutes to go.

Phil Jagielka - 5
What was the point in that?

Jamie Vardy - 5
Energetic. That's about it. He looked enthusiastic chasing after ball but the game had long since died before he came on.

Theo Walcott - 5
Came into a flat game late on and couldn't impact it.


popular
"If I break my wrist, it's on f***ing both of you." - Koepka and Berger act the spoiled child
Shane Lowry delivers big time for Europe as he takes down US stars
"I told him the absolute truth" - Sergio Garcia on his Ryder Cup talk with Rory McIlroy
Galway fans' frosty reception for Davy Fitz doesn't make any sense
Simon Zebo gives Andy Farrell better answer than any interview could provide
Padraig Harrington's 12th hole reaction as McIlroy and Poulter roasted needs no words
Team USA stars so confident of victory, they start chugging beers at Ryder Cup