The Hammers were looking for a second goal.

A pitch invader stopped a promising attack from West Ham United during their Europa League quarter-final clash against Lyon on Thursday night.

David Moyes' men welcomed the French outfit to the London Stadium for the quarter-final tie, having defeated Sevilla in the last round of the competition. 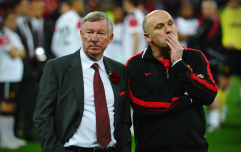 END_OF_DOCUMENT_TOKEN_TO_BE_REPLACED

The Hammers were reduced to 10-men just before half-time when defender Aaron Cresswell was sent-off for pulling Moussa Dembele to the ground and denying a goalscoring opportunity.

However, the home side started the second half on top and took the lead through Jarrod Bowen, who made the most of Jérôme Boateng's defensive error to put Moyes' side in front. 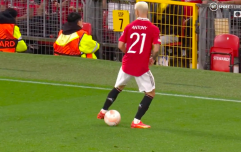 END_OF_DOCUMENT_TOKEN_TO_BE_REPLACED

Lyon levelled proceedings in the 66th minute through Tottenham Hotspur loanee Tanguy Ndombele - with the Frenchman converting from close range.

Although West Ham were more than happy to hold out for a draw, they were still keen to press forward and attack whenever possible.

As the Hammers pushed for a winner late on in the tie, a pitch invader sprinted onto the pitch and brought a promising counter-attack to a halt. 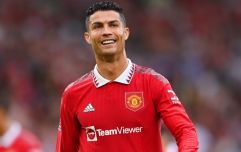 END_OF_DOCUMENT_TOKEN_TO_BE_REPLACED

With the 'fan' on the pitch, the referee was forced to pause the game and wait until the stewards had removed him from the field.

The game was restarted with the home side in possession, but, evidently, Lyon had recovered and were able to defend the following attack.

He was judged to have pulled down Moussa Dembele...

The wink from the Lyon striker says it all 👀 pic.twitter.com/0PefUWytIr

Dembele winks after getting Cresswell sent-off.

Lyon forward Moussa Dembele was caught winking after Aaron Cresswell was sent off in the first-half, who received his marching orders for pulling Dembele to the ground and denying a goalscoring opportunity.

As the Englishman exited the field and West Ham were reduced to 10-men, Frenchman Dembele was seen winking in his teammates' direction.

Moyes vented his frustration at the referee as he and the other officials exited the field and into their dressing room.

The Scotsman was booked for his protests, but continued to express his displeasure at the official as he walked down the tunnel. 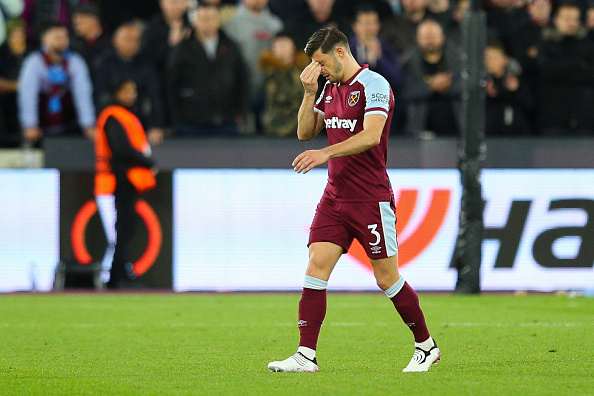 You may also like
8 months ago
Ally McCoist on what he told Rangers players ahead of Europa League final
8 months ago
Quiz: How well do you know Celtic's nine-in-a-row team of the 2010s?
9 months ago
Ally McCoist gives his verdict ahead of Rangers semi-final against Leipzig
9 months ago
Joe Cole labels David Moyes 'the Moyes-iah' following West Ham's victory in Lyon
10 months ago
Joe Cole is 'lost for words' following Andriy Yarmolenko's 'Hollywood' goal
1 year ago
Rangers man Glen Kamara ‘booed with every touch’ by kids under 14 during Sparta Prague tie
Next Page