"Sometimes I think the game has changed."

Martin O'Neill may have finally twigged it as he faced the press in Wroclaw, Poland on Monday afternoon.

Stung by 5-1 and 4-1 thumpings in their last two competitive games, Ireland's manager has also been fire-fighting after a training ground spat between Roy Keane, his assistant, and players Jon Walters and Harry Arter was dashed into the public glare.

END_OF_DOCUMENT_TOKEN_TO_BE_REPLACED

Much of the talk, away from bleak on-field matters, has revolved around the harmony, or lack thereof, in the Ireland squad. With Declan Rice taking a step back from international duties to consider his next move, these are uncertain times for O'Neill.

The Derry native, who signed a contract extension with the FAI back in January, made a candid admission about another training ground argument as - sparked by a question over a leaked WhatsApp message from Stephen Ward - he attempted to diffuse the one that has embroiled Keane.

Martin O'Neill: First of all the incidents took place at the end of May. They have surfaced months later. It's not the first altercation between players and staff. I had one with the man beside me on Friday (David Meyler) and he took it on board. #COYBIG

END_OF_DOCUMENT_TOKEN_TO_BE_REPLACED

The row was apparently over the 'very, very good' trainer David Meyler - Ireland captain late last year - not training brilliantly. O'Neill told him he needed to be doing better at club level (Reading are bottom of the Championship) and there was an exchange of "industrial" language.

"I have the utmost regard for him as a person," said O'Neill.

"I might have a difference of opinion on his ability, that's not the point. For him to take the criticism I gave him in front of the rest of the team was extremely strong. He's a really strong person.

"I think the great players can sometimes take a bit of criticism but I have seen that change throughout the years." 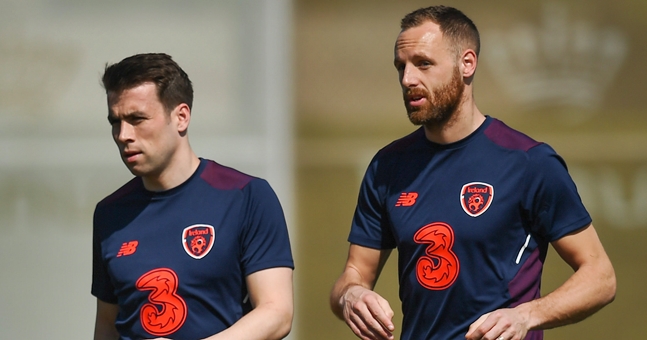 Asked for his take on the incident, Meyler was open and forthright.

"I was frustrated that I hadn't played, the manager is correct in what he said. I hadn't trained brilliantly. My emotions were sky high, the manner in which the game went, and not playing. First and foremost you're a fan of your country's team and they are all my friends playing.

"The manager said some things to me, yeah, but first and foremost you do have to look at yourself in the mirror. Is my club form good enough? No. Are Reading in a bad situation? Yes they are.

"First and foremost I need to address myself, which I respect. He was right. At the time I was upset and annoyed. You do seem to see that he was correct."