"First of all, I actually don't think Stephen was there."

Martin O'Neill has been speaking about the WhatsApp audio recording sent about Roy Keane and the Republic of Ireland team. A recording emerged on social media on Monday morning detailing an alleged row between the Ireland assistant manager and two players in the squad - Harry Arter and Jonathan Walters.

O'Neill hasn't denied that there had been an argument between Keane and Walters and another row between Arter and Keane when the squad met up for friendlies against France and the United States back in June.

Arter has since asked to be excluded from the squad for the immediate future. 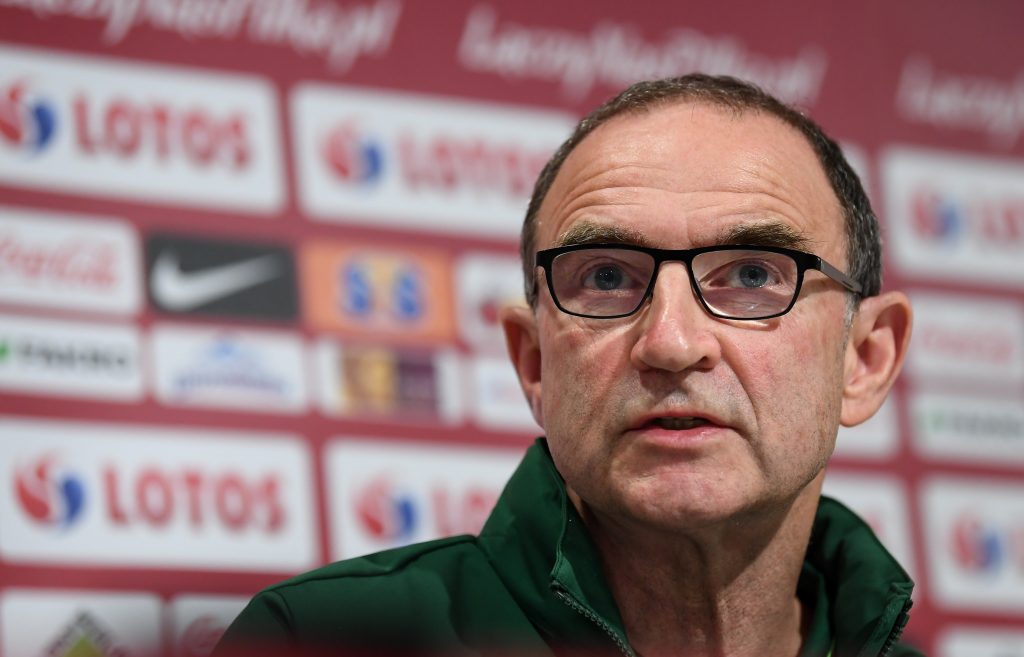 END_OF_DOCUMENT_TOKEN_TO_BE_REPLACED

In Wroclaw on Monday afternoon, the Ireland manager was asked for his thoughts on the WhatsApp audio clip, which is purported to have been recorded by Ireland defender Stephen Ward.

"First of all, I actually don't think Stephen was there," O'Neill said.

"I think he's just picking up on things, something that we talked about at the beginning of the week. Probably not anything more to report.

"Jon's fine. Harry perhaps not so fine. And, what I said to you before, you have to ask him whether that's the complete reason why Harry is not participating in these games."

Martin O'Neill: First of all the incidents took place at the end of May. They have surfaced months later. It's not the first altercation between players and staff. I had one with the man beside me on Friday (David Meyler) and he took it on board. #COYBIG

Sometimes I think the game has changed. Players need to go out and prove the management wrong. If you're asking about Roy's criticism of players, this is my responsibility. I will take full responsibility of anything that goes on. #COYBIG

END_OF_DOCUMENT_TOKEN_TO_BE_REPLACED

O'Neill disputed the details of the argument provided on the recording. He said they do not tally with the version of events given to him by Keane. SportsJOE has contacted the FAI and Ward for further comment on the matter.

The former Celtic manager also said that he and midfielder David Meyler had a difference of opinion on Friday and have since moved on from it and that such arguments are common in football.

You can watch the clip of O'Neill on Sky Sports News here:

Ireland play Poland in Wroclaw in a friendly game on Tuesday night.