Ten Hag is one of several managers on Man United's shortlist.

Manchester United have spoken to Ajax coach Erik ten Hag about potentially becoming the club's next permanent manager, according to multiple reports.

The Red Devils have also placed Mauricio Pochettino, Luis Enrique and Julen Lopetegui on their shortlist, but it is believed that Ten Hag is the first coach they have met about the vacant role. 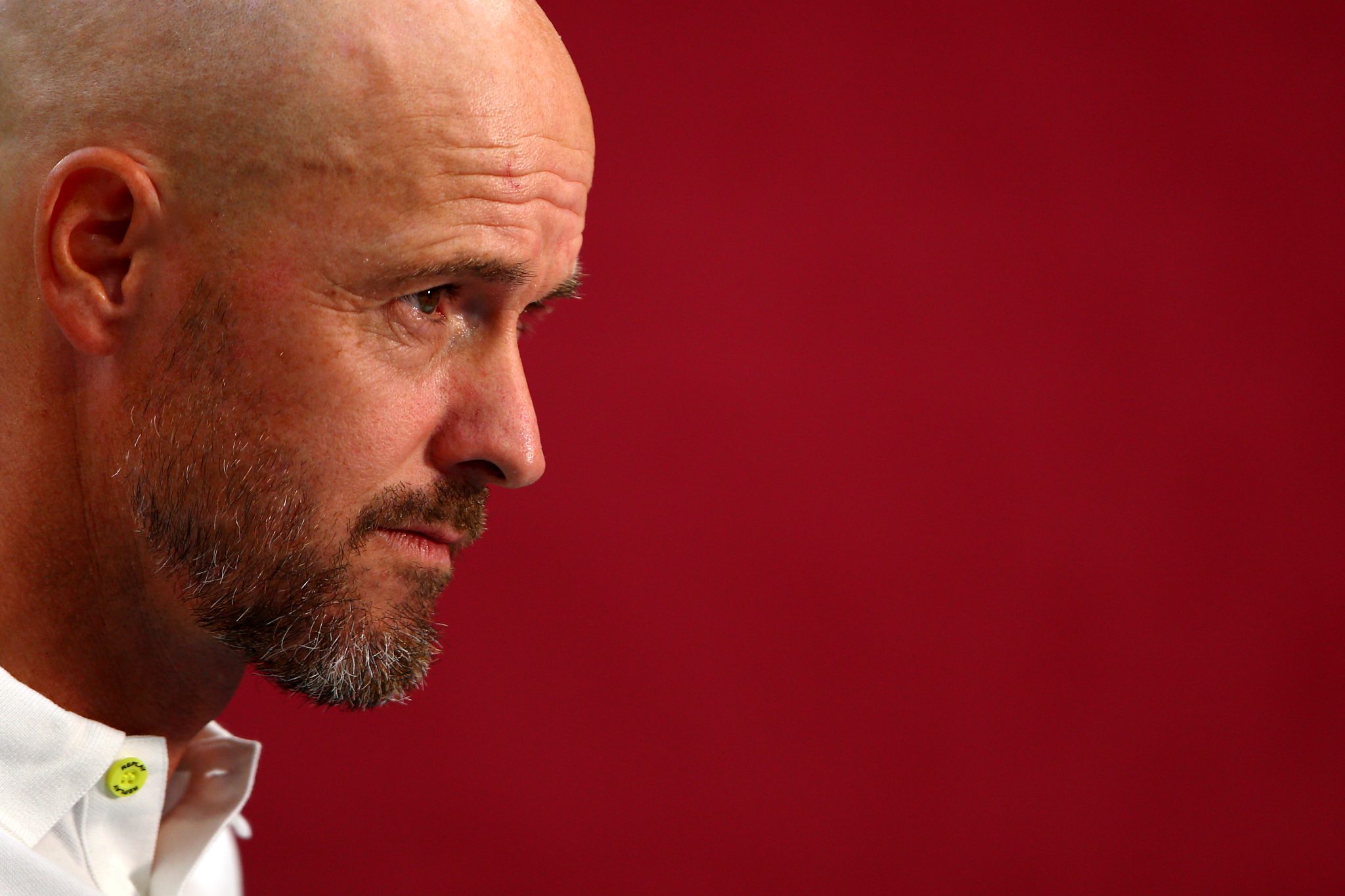 Man United speak to Erik ten Hag as they step up their search for a new manager.

END_OF_DOCUMENT_TOKEN_TO_BE_REPLACED

According to the BBC, it is too early in the process to identify any favourites for the job. However, Man United want to 'conclude the process as soon as possible'.

Fabrizio Romano reports that Ten Hag wants to coach in the Premier League, and during his meeting with Man United he asked about their budget and 'plans for the future'.

According to The Daily Mail, the 52-year-old has been undertaking 'advanced English lessons' and he impressed the United hierarchy with his grasp of the language.

Ten Hag, 52, has been Ajax manager since December 2017 and has helped Amsterdam win two league titles and reach the semi-finals of the Champions League in 2019. His contract with the Dutch club expires at the end of next season.

BREAKING! Erik ten Hag has held 'positive' talks with Manchester United's hierarchy who are thought to be "impressed by his vision and philosophy", but there is no favourite for the role. pic.twitter.com/CEQXk9NlcO

END_OF_DOCUMENT_TOKEN_TO_BE_REPLACED

Man United are searching for a permanent replacement for Ole Gunnar Solskjaer, who was sacked last November.

Ralf Rangnick is currently working as the club's interim manager until the end of the season, at which point he will move into a consultant role.

Man Utd are happy with his English level - but final decision will involve many factors.

The board will interview other candidates too. pic.twitter.com/J3iwFA2DVe