"He must have stopped off on his way to Manchester for those fans meetings..."

Gary Neville has reacted angrily to the timing of Avram Glazer's discussions over the launch of a cricket team in Dubai - held two days after Manchester United were eliminated from the Champions League.

A tweet sent by Sheikh Mansoor Bin Mohammed, chair of Dubai Sport Council and son of emirate's ruler, Sheikh Mohammed, showed him in conversation with United Co-Chairman Avram Glazer on Thursday, less than 48 hours after Atletico Madrid had won 1-0 at Old Trafford. 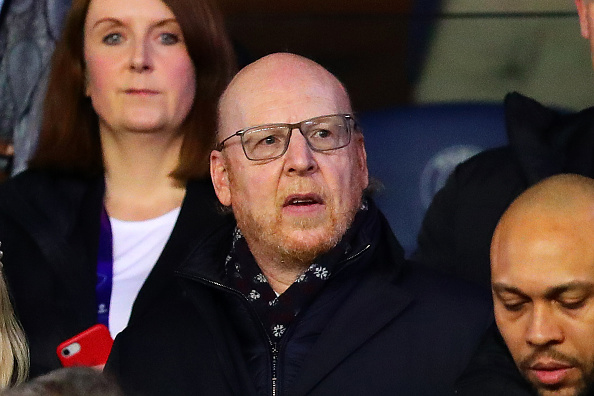 END_OF_DOCUMENT_TOKEN_TO_BE_REPLACED

"I met with Avram Glazer, Co-Chairman of Manchester United, today and discussed ways to work together to further raise Dubai’s profile as a global sporting hub," the Sheikh's tweet said.

END_OF_DOCUMENT_TOKEN_TO_BE_REPLACED

United have since denied speculation they are planning to launch a cricket team in their name, but Neville - an outspoken critic of the Glazer family in the wake of their role in attempting to launch a European Super League - used it as an opportunity to remind the club's owners of their unfulfilled promises to supporters.

The fierce protests seen at Old Trafford in response to the Super League debacle saw Avram's brother Joel, promise to meet with United supporters in a bid to open up dialogue between the owners and fans. 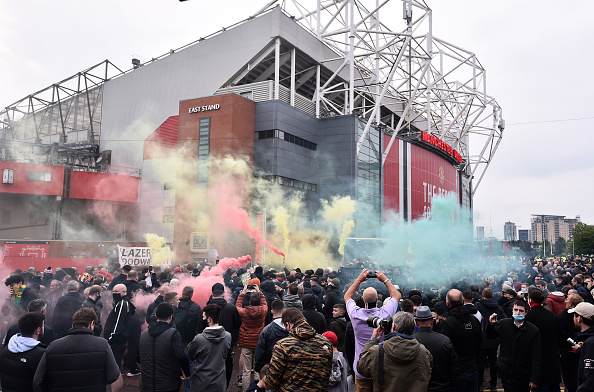 This marked a significant step, with the Glazer family consistently shying away from interacting with supporters since their leveraged buyout of United in 2005.

Though he has spoken with United supporters twice in the time since, both occasions have been via video link from the United States - not face-to-face.

Gary Neville's take on the Glazers.

END_OF_DOCUMENT_TOKEN_TO_BE_REPLACED

The irony that a member of the Glazer family was able to fly to the other side of the world in order to discuss the launch of a cricket team was therefore not lost on Neville.

"He must have stopped off on his way to Manchester for those fans meeting they promised post ESL," Neville tweeted on Friday morning.

"United go out of the Champions League and he heads to Dubai to discuss cricket," he added, closing with a facepalm emoji.

He must have stopped off on his way to Manchester for those fans meetings they promised post ESL!! 🤔

United go out of the Champions League and he heads to Dubai to discuss Cricket 🤦🏻 https://t.co/JCgsG5iuXV

The former United captain followed up by quote-tweeting a list of demands made of the Glazers by Manchester United Supporters' Trust.

"The haven't done any of this stuff," Neville added.

They haven’t done any of this stuff https://t.co/XoHDAHZs7l

You may also like
5 days ago
Troy Deeney says Harry Maguire's agent contacted him after comments about the player
5 days ago
Cristiano Ronaldo told Jorge Mendes they were 'done' if he failed to find big transfer
5 days ago
Quiz: Name the Argentina players to have scored for Man United in the Premier League
6 days ago
Roy Keane gives his verdict on Mikel Arteta's touchline behaviour
6 days ago
Arsenal fans arrested in Uganda for celebrating Man United win
6 days ago
Roy Keane's threat to Cesc Fabregas about 'pizza incident' has panel in stitches
Next Page