Robert Redmond: Jose Mourinho's time at Manchester United will only end one way

Jose Mourinho appears to be miserable.

During Manchester United's pre-season tour of the United States, Mourinho hasn't stopped complaining. He has criticised his own players and took aim at the club for failing to sign the players he wants. After the team's 4-1 defeat to Liverpool in Michigan, the United manager said that the 100,000 spectators in attendance had wasted their money to watch such a match.

This is a risky game for Mourinho to play. He may end up getting the new players he wants, and could ship out those he doesn't rate, but at what cost? Mourinho appears to be isolating members of his squad and power-brokers at the club. 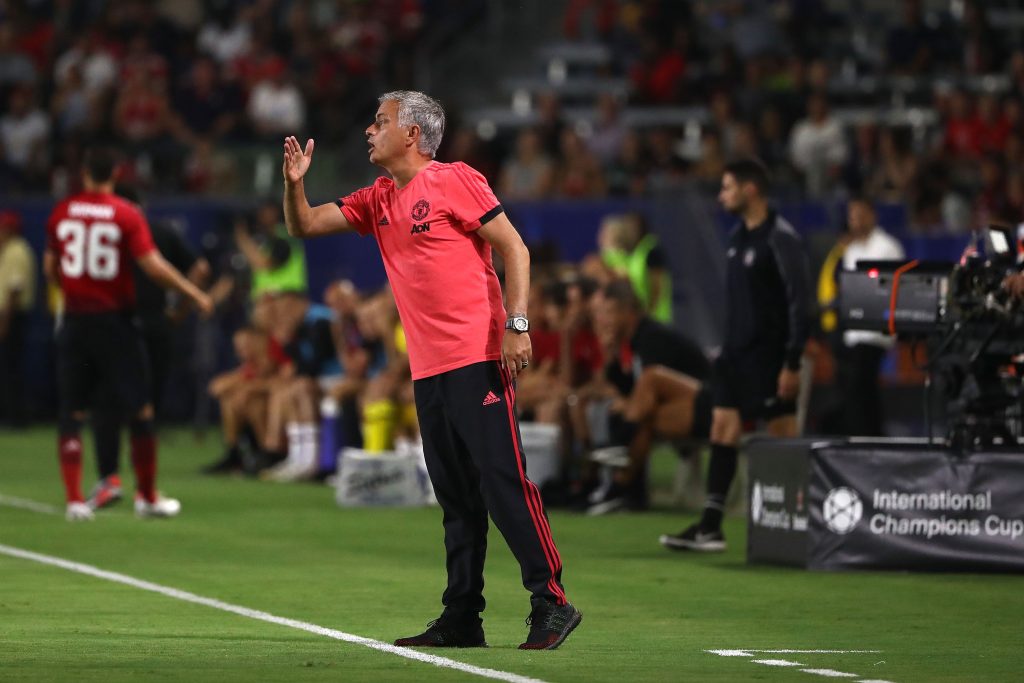 According to reports, United's players are keeping their distance from the tetchy Mourinho. A report in The Telegraph claims that the board want the United manager to get more out of the players at his disposal, rather than continually push for new arrivals.

"There are people at Old Trafford who concluded some time ago that Mourinho could be granted his every wish and would still find something to carp about."

Mourinho does have some cause to be annoyed. From his perspective, he wants to add to the squad and he gave a list of transfer targets to Ed Woodward, the executive vice-chairman, months ago. Yet, he is preparing to go into the new season with players he clearly doesn't rate.

But, ultimately, it could be argued that it doesn't matter who United sign as long as Mourinho is the manager. They will still play for draws away from home against their direct rivals and will still struggle to break down opponents who allow them to have the ball. There will still be no discernible idea of play. Mourinho's methods just aren't as effective as they once were, so it won't really matter who United sign if they continue to play within the manager's limited tactical framework. 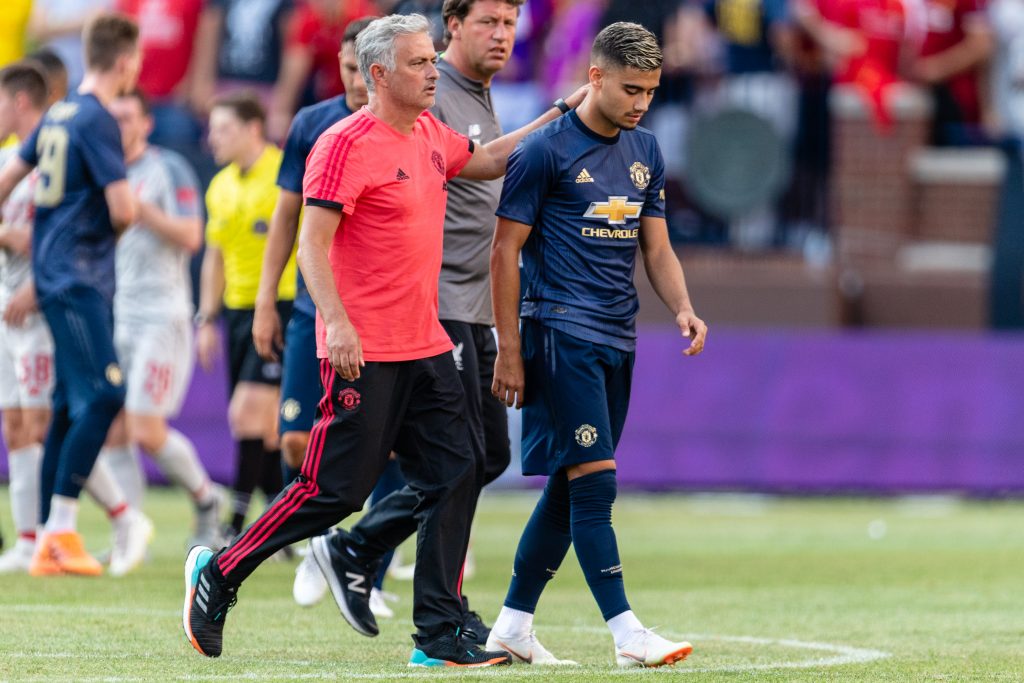 Also, as the report suggests, Mourinho won't be happy even if he gets his way, and it appears some at the club are beginning to realise this. He had one of the best squads in world football when he was Real Madrid manager, with world-class players like Cristiano Ronaldo, Xabi Alonso and Sergio Ramos at their peak. Yet, he still managed to fall out with members of his squad. If he fell out with Ronaldo and Ramos, it's no surprise to see him frustrated with a squad containing Chris Smalling and Marcos Rojo.

END_OF_DOCUMENT_TOKEN_TO_BE_REPLACED

Three years into the job at Old Trafford should be enough for even the most blinkered United fan to realise that, as long as he is the manager, the club are unlikely to win major trophies - the Premier League and the Champions League. The gap between City and United is too great to bridge and Mourinho seems unwilling or incapable of adapting. If he was pragmatic, as his defenders claim he is, then he would have modified his approach by now. 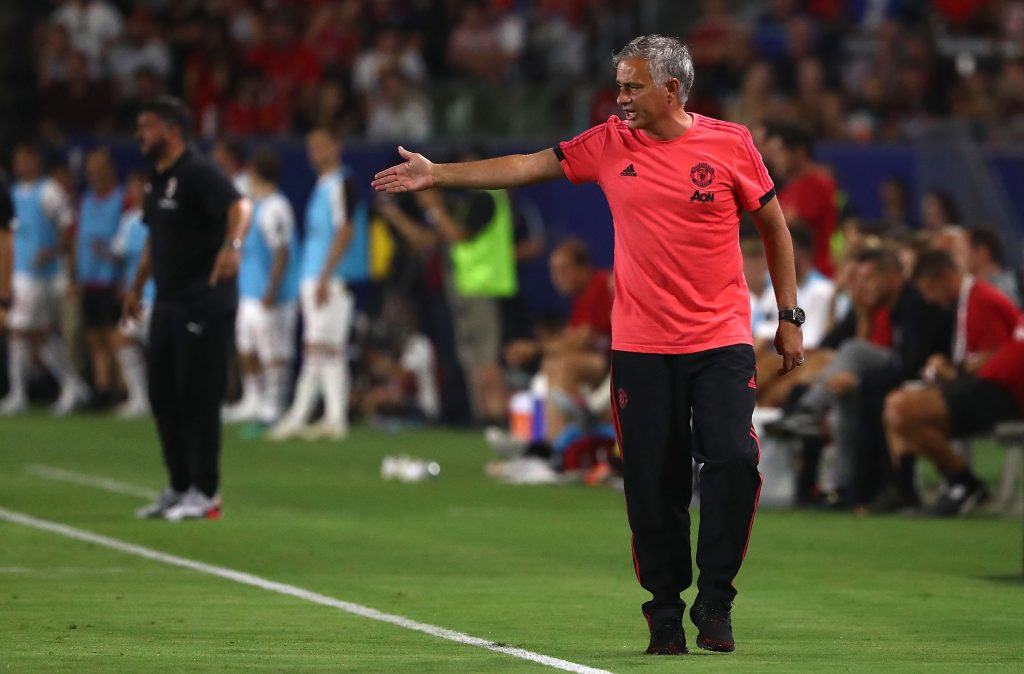 Last season, when United finished second, 19-points behind City, Mourinho turned on his players and was even critical of the club's standing in the game. The team played dour, reactive football in a system that castrated the most talented players. Their stodgy performance in the Champions League defeat to Seville was dumbfounding and came as a direct result of the manager's orders.

To deflect from his shortcomings during the season, Mourinho singled out scapegoats, from Henrikh Mkhitaryan to Luke Shaw, Paul Pogba to Anthony Martial. Yet, United's failings were systematic, not individual.

If this was how Mourinho behaved last season, after a full pre-season with his players and substantial investment from the board, how will he act this year?

The signs are already pointing towards a troubled campaign. Mourinho looks primed for another third-season meltdown, as what happened at Chelsea and Madrid. The conditions are similar - Mourinho is frustrated with the boardroom over transfers, and unhappy with several players in his team. This could lead to Mourinho becoming isolated by both, as he chips away with public criticism. His scorched earth approach looks like costing him again.

Regardless of who United sign, they're still managed by Mourinho | @RobRedmond10 https://t.co/IJIBGJx7eC

The answer to United's issues isn't to give Mourinho more money to spend. In fact, the long-term fortunes of the club might be better served by limiting his signings and departures from the club. If Chelsea had taken such an approach, they may still have Mohamed Salah, Kevin De Bruyne and Lukaku in their team. Ultimately, it won't matter who United sign over the next 10-days. Under Mourinho, United will never play the type of football befitting such a big club. And they don't look like winning the trophies to justify such an approach.

The two were always a bad fit. It has been reported that United didn't sign Ivan Perisic last summer because they wouldn't pay another couple of million for their manager's preferred transfer target. Mourinho would still like to sign Perisic, but Woodward reportedly won't sanction such an expensive transfer for a 29-year-old unless it's a star like Gareth Bale.

Mourinho's outlook is completely at odds with the commercially-minded people at the club and neither approach will bring sustained success back to the club. Ultimately, Mourinho's tenure seems destined to end in tears, as it did at Chelsea and Madrid. At this point, it seems only a question of "when" rather than "if" a Mourinho meltdown occurs this season.

For United, the sooner this happens the better so they can move on from what has been a waste of time for all involved.


popular
Jorge Masvidal and Justin Gaethje likeliest options for McGregor
Dana White livid with late stoppage on UFC 246 undercard
Club footballer of the year steps up to win it for Corofin in the clutch
In defeat, Jerry Kelly dies with his boots on in coming of age final display
Shane Walsh provides one of the all-time great captain speeches as Tullaroan take a thriller
Conor McGregor makes surprise call-out after Cerrone destruction
McGregor on John Kavanagh's instructions just before he finished Cerrone
You may also like
1 week ago
Manchester United make smart move for Donny van de Beek
1 week ago
"We are Man United"
2 weeks ago
Manchester United have finally broken David De Gea
1 month ago
REPORTS: Erling Haaland arrives in Manchester for talks with United
1 month ago
Caraboa Cup Quarter Final highlights and semi-final draw
1 month ago
Worst team in league poses big problem for Solskjaer but Mourinho set for finest victory
Next Page