Jamie Carragher has named two Manchester United players that Erik ten Hag, he believes, has already discovered he cannot trust. He is far from convinced abour Lisandro Martinez, either.

The former Liverpool defender was analysing United's woeful start to the Premier League season, and focused on some tactical and individual moments that shows how ten Hag is trying to change his team's style of play.

END_OF_DOCUMENT_TOKEN_TO_BE_REPLACED

Using clips from United's 2-1 defeat to Brighton and their 4-0 thumping by Brentford, Carragher spoke on Monday Night Football, on Sky Sports, about the players ten Hag can't rely on.

Carragher made some stark comments about £57m defender Lisandro Martinez, signed from Ajax this summer, absolved Christian Eriksen from too much blame and also criticised Scott McTominay. 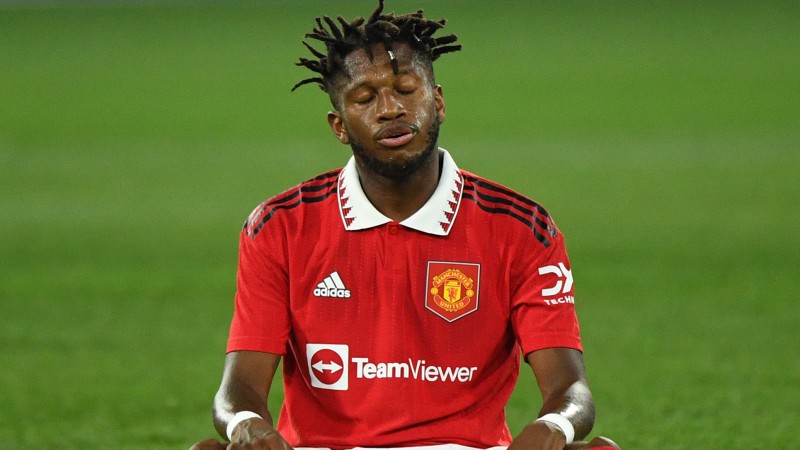 END_OF_DOCUMENT_TOKEN_TO_BE_REPLACED

During his analysis of Manchester United's two league defeats, so far, Jamie Carragher called out midfielder Fred and goalkeeper David De Gea for being badly exposed. He also said Scott McTominay getting dropped after the Brighton game shows Erik ten Hag has serious doubts about his midfield future.

"It's obvious that ten Hag wants a goalkeeper that can play out from the back," said Carragher.

"But the big thing he wants to do, is he wants a back four, a holding midfield player and his goalkeeper to instigate plays - that's 6 vs. 5.

"But [this ball against Brighton] goes into Fred, and ten Hag will have worked out, very early, that Fred is not capable of receiving the ball in this position."

"He wants to give the goalkeeper angles... the idea is fine, but I just think the player he has got in there is not good enough to do it. De Gea has just given the ball away to Fred [against Brighton]... De Gea was a bit unnerved by that, and he panics and goes long. It means United are then stretched [as their defenders are hanging back] and this is where the first Brighton goal comes from... ten Hag will absolutely hate that."

END_OF_DOCUMENT_TOKEN_TO_BE_REPLACED

Erik ten Hag dropped Christian Eriksen into that holding midfielder role, against Brentford, and the Dane coughed up possession for one goal, but Carragher believes it is too soon to be harsh on him.

When it came to Lisandro Martinez, Carragher was not as forgiving:

🗣 “I’m convinced this can’t work because he’s the size of 5’9 in a back four.”@Carra23 on playing Lisandro Martínez as a centre-back in the Premier League. pic.twitter.com/1N3gwmzatK

When it came to Lisandro Martinez, Jamie Carragher was not as forgiving.

Carragher said he is "convinced" the defender cannot excel in a two-man central defensive unit. Martinez could work as a fullback, in a three-man defence or as a holding midfielder, possibly, but the pundit says the Argentine's size [5-foot-9] has already seen teams target him, and profit from it.