Troy Deeney has said that Harry Maguire's agent contacted him after he spoke about the Manchester United captain on talkSPORT.

Birmingham City striker Deeney appeared as a pundit on the broadcasters in 2020 and mentioned Maguire when speaking about the leadership issues in the Man United squad.

Deeney said that this led to Maguire's agent contacting him and speaking in an 'aggressive' manner attempting to defend his client. 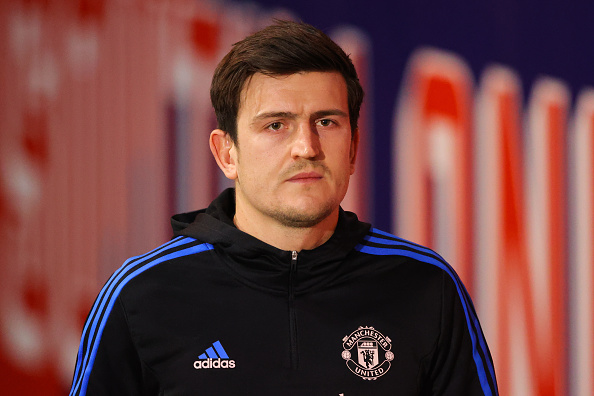 END_OF_DOCUMENT_TOKEN_TO_BE_REPLACED

The former Watford skipper said that Maguire's agent called his mobile phone while the player was preparing for training and rebuked him for his comments.

"I had an incident with Harry Maguire when I was at Watford, his agent called me," Deeney said on Fozcast, the podcast hosted by former Man United goalkeeper Ben Foster.

END_OF_DOCUMENT_TOKEN_TO_BE_REPLACED

"I spoke about Man United and the leadership and how it’s not just (Paul) Pogba because it was Pogba getting battered early doors.

"I said, 'What about the leadership’? What about Maguire? What about David de Gea? What about all the senior guys, why is it always Pogba? That’s it, that’s all I said.

"I get to training, phone’s ringing with this number I don’t know. Two or three times this number calls so I think, 'God there must be a problem here.'

"I picked it up and it was Harry Maguire’s agent saying, 'You can’t say this, you can’t do that, you wouldn’t say any of this to Harry’s face'." 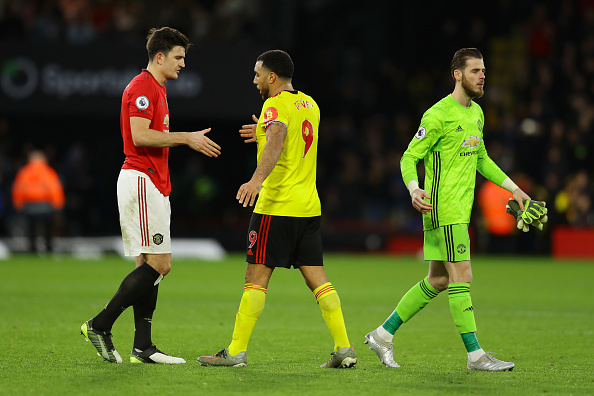 END_OF_DOCUMENT_TOKEN_TO_BE_REPLACED

Deeney said that he stood his ground with the agent and pushed back before contacting Maguire. According to Deeney, the England defender had no idea that the agent had phoned him.

"I said, 'Hang on one second, let’s rewind. I have said this, I didn’t say that, but I would say it to Harry’s face, I’ve got no problem," the pundit said.

"Let me call him now, and I’ll come back to you.' I don’t think he knew I had his number. I called him (Maguire) and he’s got no clue what’s going on. 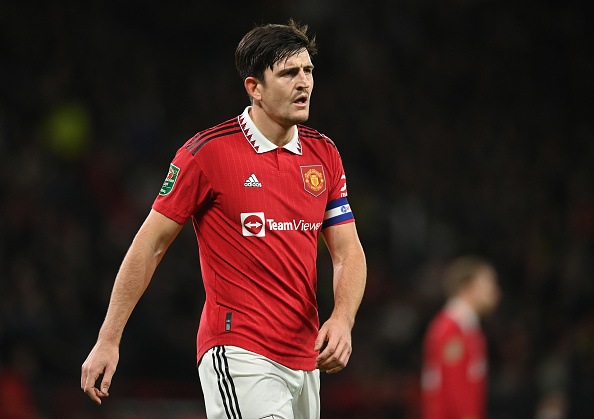 "I phoned the agent back and said, 'Look, with the greatest respect, please don’t phone my phone giving it the big one because I’m not that guy and you’ll have a problem you don’t want.'

"To be fair to Harry, he said the same thing. He was like, 'I don’t know what all that’s about'," Deeney continued.

"I said, 'Look mate, it’s not a problem, but the way he phoned and the aggression he was having, a younger me would’ve taken that a lot more personally. Come on, this is what I’ve said, I’ll tell you to your face, I’ve got no problem'."

You can watch Deeney speak about the incident below.


popular
Ireland vs Wales: All the big talking points, moments and player ratings
Conor McGregor offers solution to Croke Park fiasco that should suit all parties
Conor McGregor hit by car ‘at full speed’ while cycling
Everton release brutal 59-word statement to confirm Anthony Gordon departure
Ireland team to play Wales: Andy Farrell's XV, the big calls and bold cuts
Allianz National League Round 2: All the action and talking points
WATCH: Ireland v Wales - Live stream of Women's Six Nations opener
You may also like
1 day ago
Roy Keane reminds everyone of his feelings towards Newcastle United ahead of cup final against Man United
2 days ago
Even Roy Keane felt Michael Dawson went too far with his remark to Tom Heaton
2 days ago
Roy Keane says Man United's improvement is down to "energy sappers" leaving
2 days ago
Jaden Sancho can't hide his smile as Old Trafford give heartwarming reception
3 days ago
The four players offered to Man United before they decided on Marcel Sabitzer
3 days ago
Harry Maguire rejects offer from Inter Milan to fight for Man United place
Next Page