*This is an article originally published in 2015 that we republish whenever Forest Echo News try to disseminate damaging fake news. On 31st December 2016 we republished because of this tweet. 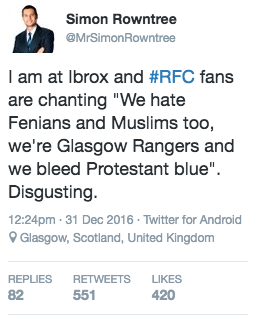 END_OF_DOCUMENT_TOKEN_TO_BE_REPLACED

Let's start there, shall we?

Every now and then, a fake news website by the name of Forest Echo News shows up on our Twitter feeds with what appears to be breaking sports news.

It's most definitely not that.

This week, Celtic fans fell victim to false reporting with atrocious accusations being levelled in their direction during their Champions League group game with Manchester City.

Reports from journalists claiming to write for Forest Echo News included allegations of horrific chanting, abuse of an elderly City fan and, most disturbingly, lighting a car on fire with a family inside. 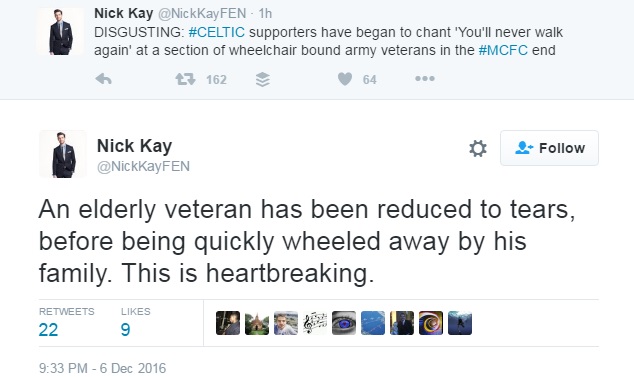 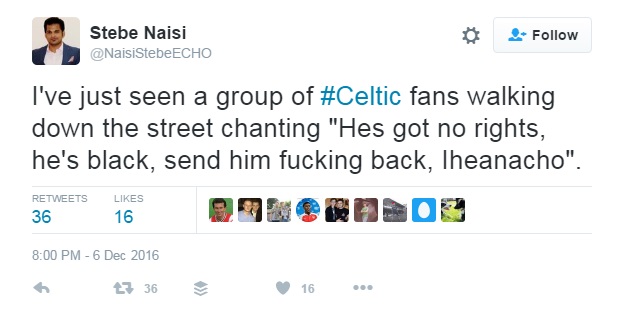 The common denominator of all reporters was the news website they claimed to represent - Forest Echo News.

Last year, reports from a fake writer named Simon Rowntree, another FEN ""journalist", prompted us to write an article debunking the legitimacy of the outlet.

While most were glued to their Aviva seats or television screens during Ireland's historic victory over Bosnia in the Euro 2016 play-off last November, those who were refreshing their Twitter feeds during the game may have come across some unusual activity.

Simon Rowntree, a very made-up journalist making some very made-up claims, received thousands of retweets after claiming that a rather unsavoury banner was unfurled by Irish fans in the Aviva Stadium.

Trying to look up Simon Rowntree's Twitter account proved futile because it had either been suspended by the website or the account's owner has deleted it but we've done some digging.

Rowntree, or "Rowntree," as he should be called, "works" for a fictional newspaper called The Forest Echo who have made a name for themselves by reporting on fake, often highly offensive, stories on football.

But the Forest Echo splice their fake news in with real news which can be somewhat confusing for readers who just see stories popping up sporadically on their timelines.

One quick look at the previous tweets of Forest Echo's purported writers, though, show that it is indeed a fake news source. 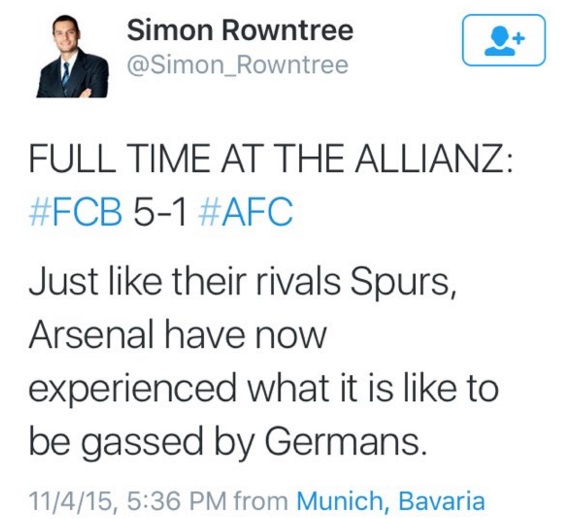 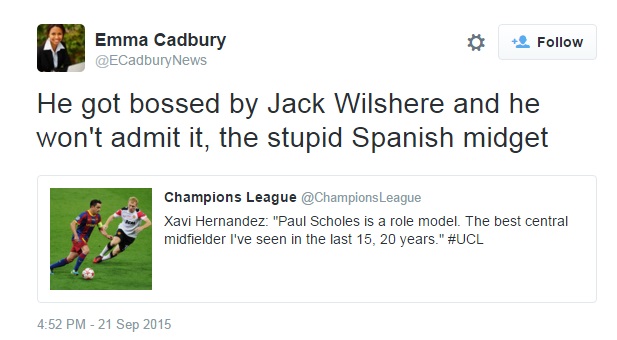 After the termination of his Twitter account, his former "employer" and one of his former "colleagues" came out in support of Rowntree.

The internet can be a very, very strange place but, we assure you, Forest Echo News and its "reporters" are nothing but one big, horrific hoax.