By the fifth round in Brentwood, Delfine Persoon was emboldened. She was still in the fight and her awkwardness and her relentless, kamikaze attrition was tiring Katie Taylor.

Worse, Taylor was starting to play by the old Persoon rules that had gotten her into such trouble a year ago. Then a simple call came from the corner, from the calm Ross Enamait calling for composure, for reason.

Sounds basic, obvious even, but it was all that had to be said. Katie Taylor didn't need to be acting as a wall for Delfine Persoon to lean on and throw fits of rage against. When she boxed, she was like a predator cat, hunched and ready, eyes never off the trouble or off the target, and deadly attacks springing with venom and accuracy when the time was right.

When she boxed, she dominated this rematch and deservedly took a unanimous points victory to remain the undisputed lightweight champion of the world. 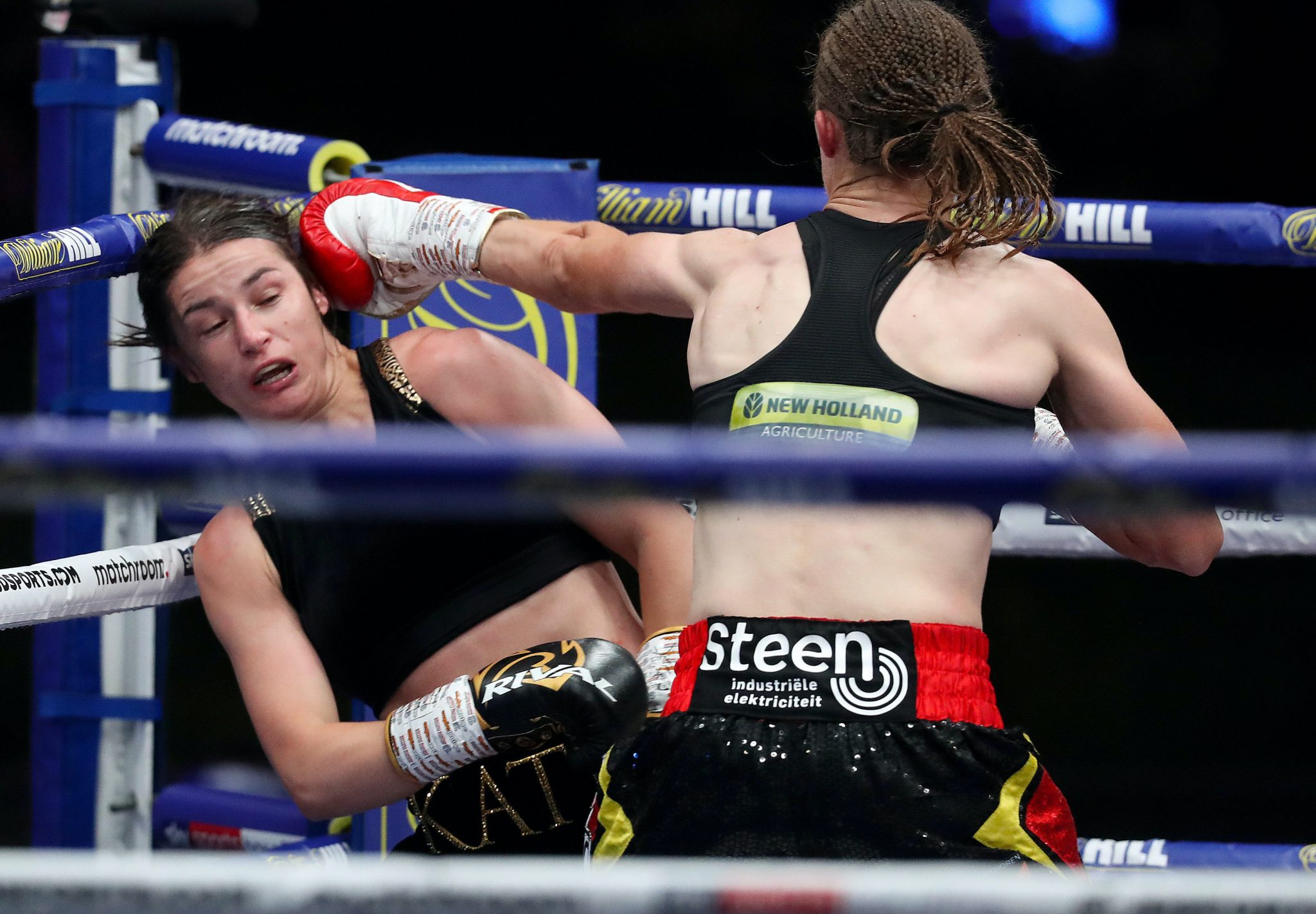 Taylor boxed smarter this time around. She kept her distance, she dodged those tireless swinging arms of Persoon and she countered with clean combinations that were rocking the Belgian. Combinations that broke her nose as early as round two.

Persoon never stopped though. No matter how much she absorbed, she continued to pose problems for Taylor, particularly in the middle rounds but the composure and skill and pace of the woman who now boasts a 16-0 professional record stood to her and it was a result that both camps accepted without question.

"It was a lot more convincing tonight even though it was a tough fight," Taylor said afterwards.

"It's never going to be easy against someone like Delfine.

"You are going to have to dig deep and show heart at some stage during the fight." 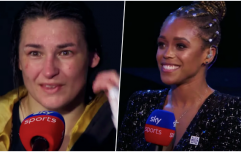 END_OF_DOCUMENT_TOKEN_TO_BE_REPLACED

For most of it though, it was pure boxing that saw her through and she delivered a performance that had the purists humming.

As Enamait said to her in the corner after round seven: "You know what she's trying to do. She's trying to tire you out. We're not playing that shit."

And they didn't play that shit. They brought a whole other world of shit on Persoon that had her magnanimously concede she will be moving back to super featherweight after her nose is fixed.

Persoon spoke about trying to gain more weight for the fight, packing in the food so she could try to hurt Taylor more but she simply couldn't do it. They weren't playing that shit.

Taylor moved in, she banged twice or four times, she moved out. When she was confronted with Persoon's savage short game, she toughed it out, she didn't get emotional, she didn't lose sight of the plan. She didn't play that shit.

She played it her own way and, in the process, silenced the critics that loomed over her since their first fight in New York.

Hell, when you're Katie Taylor, why would you play it any other way?


popular
Jamie Redknapp's face after going toe-to-toe with Roy Keane as Matt Doherty caught in the crossfire
Referee Mathieu Raynal puts Sexton in his place after TMO mess
Robbie Henshaw one of three Irish players deserving of Lions Test XV
QUIZ: How well do you know Manchester United players of the 2010s?
Solskjaer hits out at "outside influences" on referees over Man Utd decisions
Ellis Genge reveals death threats received after England's loss to Wales
Sexton compares "brilliant" Irish debutant Craig Casey to Jonny Wilkinson
You may also like
3 months ago
Katie Taylor dismantles Miriam Gutierrez to emphatically retain world titles
7 months ago
"I think I earned the shot" - Heather Hardy makes pitch for Katie Taylor fight
1 year ago
Katie Taylor set for Amanda Serrano super-fight in March 2020
1 year ago
'I never thought, three years ago, I'd be headlining somewhere like the Manchester Arena'
1 year ago
Katie Taylor's next three fights include Delfine Persoon rematch
1 year ago
Carl Frampton on how much a boxer's fight purse is actually worth
Next Page