How Carl Frampton Inspired a City

Just as Andy Murray inspired a generation of Scottish children to take up the sport of tennis, Carl Frampton has inspired the city of Belfast to lace up the gloves.

Belfast almost boasts the same amount of boxing clubs as it does Titanic gift shops and that’s saying something. If you were to throw a stone in a housing estate, chances are you would hit a boxing club.

Despite this, the noughties saw a real decline of pugilist interest across the UK and Ireland. Football, GAA and rugby were the sports of choice and apart from the odd Ricky Hatton fight, boxing rarely graced the television screens of the casual sports fan.

That was until the emergence of a young superstar managed by boxing legend Barry McGuigan began to hit the scene as hard as he hit his opponents. Carl Frampton filled the Ulster Hall, then the Titanic Quarter, before packing out the SSE Arena - a venue usually reserved for superstars like Ed Sheeran and Beyoncé.

Frampton continued to outgrow his surroundings and his talents soon saw him on billboards and in the bright lights of Las Vegas and New York. Nothing shone brighter however, than the twinkled eyes of the travelling supporters who flooded the Vegas strips.

The ‘Frampton Army’ soon became as notorious and as famous as the man they followed. A country steeped with religious conflict was now united in their religious support for the Tigers Bay native.

In 2016 ‘The Jackal’ beat Santa Cruz in New York to become a two-weight world champion but for those in the venue that night you would have sworn you were in Belfast.

From “Walking in a Frampton Wonderland” to “Frampton’s on fire, Santa Cruz is terrified”, the Barclays Centre became an echo chamber of passionate chants normally exclusive to football stadiums. 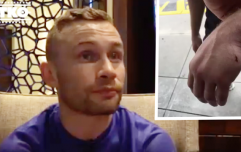 END_OF_DOCUMENT_TOKEN_TO_BE_REPLACED

Those who didn’t travel watched from home as living rooms were transformed into boxing rings and imaginary uppercuts were thrown from nervous fans trying to transfer their energy to their fellow countryman.

The impacts that these glorious nights had were not just fleeting feelings of euphoria or momentary happiness. It began to change the tone of a city.

“Did you see the match last night?” was being traded in for “Did you watch the fight last night?” as boxing soon found its way onto the tips of Belfast tongues.

Not satisfied with simply rewatching their hero’s fights on repeat, people became hungry for more and soon upcoming boxers such as Ryan Burnett, Tyrone McKenna and Tommy McCarthy were feeding off of the Frampton fanbase.

The city began to not just fall in love with ‘The Jackal’ but with boxing itself.

One can’t get into a taxi now without being enlightened with a boxing story of the driver’s former glory in the ring or his close personal relationship with Carl’s wife’s sister’s dog-groomer.

It’s as though the cliché catalog for boxing was introduced as part of the school curriculum as you would hear the same phrases no matter where in the city you were.

“No head movement”, “Glass chin”, “Just a big puncher” and my personal favourite, “He struggles at the weight” are whipped around conversations with all the confidence and conviction of a boxing veteran.

More importantly, young kids with Frampton plastered on their walls have laced up the gloves, asked Santa for new boxing boots and talked to their friends about slipping punches, taking on southpaws and getting their road work done. 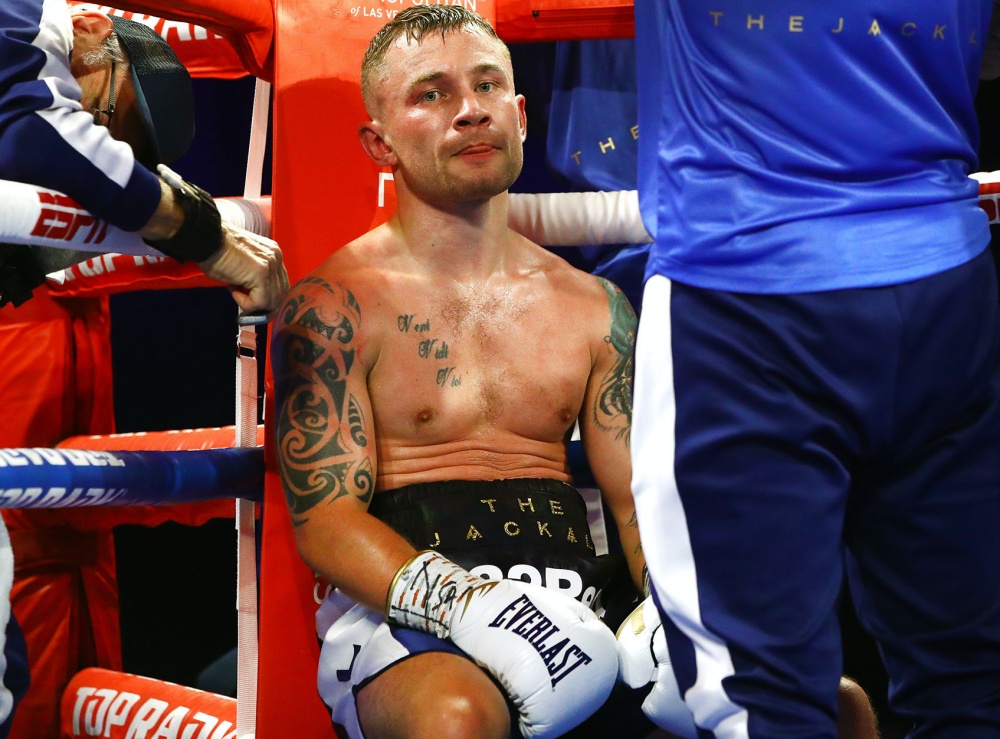 They want to be just like their idol and why not? Despite everything he has achieved he is from the same working class background as many of these kids, the same area, has the same accent and the same family values.

On Saturday night, Jamel Herring may have stopped Frampton becoming a three-weight world champion and forced his promise to retire if he lost, but the Shore Road man’s biggest success will never be isolated into three or four memorable nights in the ring.

It will continue for decades to come when boxing-mad children can lip-sync the same old stories of Vegas and New York told to them by their grandparents. When every future Irish prospect will be dubbed as ‘The New Frampton’. And why every punch-happy lad on a night out will sarcastically be met with “Who do you think you are, Carl Frampton?”

At only 5’5’’, Carl Frampton is a giant in Belfast and boxing will only continue to grow larger because of what he has achieved.