"Nobody gets unanimous praise — ever. The best the timid can hope for is to be unnoticed. Criticism comes to those who stand out..." (Seth Godin)

Boos and jeers for any of the world's best athletes can seem disrespectful. It can look like ignorance of their talent or the work they've gone through to get to that stage and it might even be construed as a total lack of appreciation for how difficult it is to perform at the highest level. 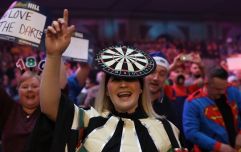 END_OF_DOCUMENT_TOKEN_TO_BE_REPLACED

But that's the deal. If you want to be the best, you have to overcome the worst.

Darts gets bigger every year. Sky Sports helps that, the timing of the PDC World Championship definitely helps that and maybe the more and more time being spent in pubs in this country is contributing to that because everyone's had a go, they can all relate.

It's also just thrilling entertainment where you're either wincing at the shot nerves or gushing at the magic performed under the most pressurised, microscopic scrutiny. Honestly, anyone who actually sits down to watch the darts will get hooked on it.

“If you've ever tried to hit a double before in your life, you'll be well aware of the skill it takes,” writes @ConanDoherty https://t.co/1A54uowPff 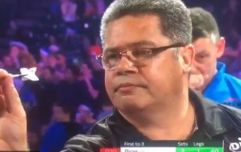 END_OF_DOCUMENT_TOKEN_TO_BE_REPLACED

Inevitably though, the sport - or the PDC World Championship, at least - has reached an impasse.

Where once we were marvelling at the oblivious joy and unpredictable behaviour of the crowd at Alexandra Palace, where the 'madness' was just another way of describing the men and women who are there from noon drinking and making the most of their Christmas holidays, where it no doubt gives this tournament an atmosphere and a crescendo feel like no other, the pundits are starting to turn on one of its most profitable entities.

They're starting to turn on the crowd and you know what the Romans used to say? Rome is the mob. 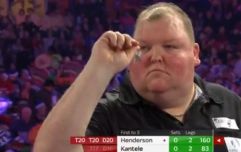 One of the most satisfying checkouts you'll see at World Championship

END_OF_DOCUMENT_TOKEN_TO_BE_REPLACED

On Saturday night, in a script right out of the movies, the best darts thrower in the world was put to the sword by the newcomer who set up a dream final with his boyhood hero.

Rob Cross took Michael van Gerwen in the most nerve-wracking sudden death decider and the crowd, naturally, helped him there.

Cross himself credited the fans at Ally Pally with the win. He admitted that their boos and jeers would've put off van Gerwen, he reflected on the Dutch man's five missed darts and reasoned that he would've nailed it anywhere else but here. Well, this was England cheering on another home player and this was sport in its most cliched pantomime version of itself, pushing against the unconquerable champion and rooting for the underdog.

Cross didn't see it as bad taste. He finished his interview and put two hands up to the people who helped him and he applauded them thankfully.

But the past players and pundits have turned it into a question of ethics.

"I'm not sure why people are whistling. We're watching one of the world's great PDC World Darts Championship semi-finals," Wayne Mardle said during commentary.

No-one was in any doubt that what was unfolding at the oche was a little bit special but they also weren't in doubt of who they wanted to win.

"In commentary I called them stupid and I stick by it," the Sky Sports pundit doubled down after the game.

"Yes they pay their money and they want a good time but respect the players. They aren't up there to be booed and shouted at."

No-one is, Wayne, it just comes with the territory. It's not lost on Real Madrid fans how good Lionel Messi is but they boo him anyway and celebrate wildly the rare times he does slip up. Michael van Gerwen has been looking unstoppable, it's only natural that any neutral in the world would want to see him falter, want to know he's human even, never mind if he was competing against a home thrower.

When you're at the level van Gerwen is at, people want to take a swipe at you and that's something you have to deal with. If the darts snobs would rather hush around the stadium for every throw as if it was a respectful rugby crowd tutting whenever someone so much as coughs during a placed kick, the best advice would be to stop allowing thousands to pour into the pub and drink 'til their heart's content.

The irony is that Rod Harrington's quotes were so contradictory that they showed up the darts world as not being ready for superstars the size of van Gerwen and all the criticism and jealousy that follows.

"Booing is the only thing in the game I don't like," Harrington said on Sky Sports. Wait for it.

"I can handle gamesmanship - we've all done it and we'll all take it and it'll happen again - but booing I don't particularly like."

I can handle a player deliberately bending the rules to gain a direct advantage but I don't like when the crowd choose a favourite and a villain and they make a different sound with their mouths. That's Harrington paraphrased.

By that definition pulled out of the darts pundit's arse, he'd rather see Lee Keegan throw a GPS tracker at a ball that was placed for the most decisive kick of the year than he'd like to hear boos come from one of the stands at Croke Park. 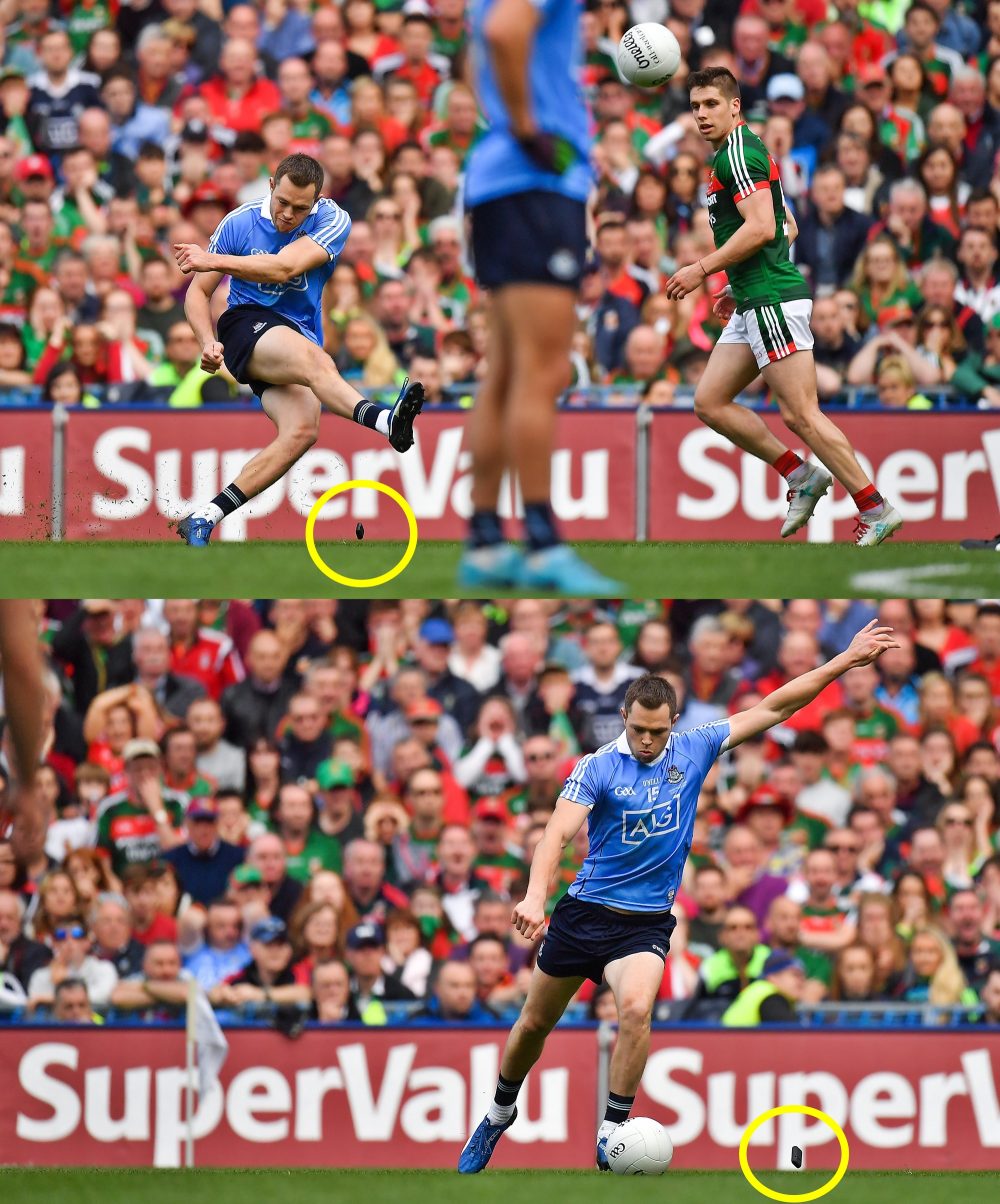 As it was, Dean Rock got both that day. The best sportspeople do and they get them in clutch circumstances too. To be the best though, they overcome it.

Michael van Gerwen is well able to block out those distractions in future. He's 28, he has two world championships already, he's winning everything there is to win in the last couple of years and he'll recover to get even better.

What will happen then of course is that he'll have even more people queuing up to see him fall and help an underdog rise against him. It's human nature and it's the byproduct of fulfilling your sporting dreams to this extent.

Darts folk are in cuckoo land if they think they are the ones who can stamp this out of sport with the success they've had letting the crowd off the leash.

It doesn't even need stamping out anyway.


popular
Shane Lowry on his Tuesday duels with Rory McIlroy at The Bear's Club
QUIZ: Can you name the sponsors of all 32 of these old county jerseys?
Roy Keane linked with Championship job to replace ex-teammate
Predicting the 31 biggest knock-out championship games around Ireland this weekend
Two Man United players led a furious half-time inquest into Manchester derby performance
"This is the darkest day for English rugby... the ship has sunk" - End of the road for Worcester Warriors
"I think Wexford football is in trouble if something is not changed" - Banville criticises Wexford lay-out
You may also like
4 years ago
Daryl Gurney's odds slashed after show-stopping checkout
4 years ago
Leitrim 4 Sam is now a thing and it has taken hold of the Ally Pally darts crowd
4 years ago
The full nerve-inducing power of Alexandra Palace in one mad checkout
4 years ago
Fermanagh man sets impressive record at World Championship, but it's not enough
4 years ago
Limerick man hits incredible, arse-saving checkout at World Championship but it's not enough
1 month ago
"I'll ask for everyone that comes to the game to wear purple and roots for us" - Pat Fitzgerald
Next Page