You could actually feel Sean Tobin and Paul Robinson's legs turning to jelly.

You could see the pain in their faces. The men's 1500m was the race of the weekend at the National senior athletics championships with Sean Tobin of Clonmel AC and Paul Robinson of St Coca's slogging it out right to the line.

One of the tightest finishes in Irish athletics' history went by without a crowd, but you could still feel the tension, anticipation and excitement in the air thanks to the bravery and honesty of these two athletes.

Eventually, it boiled down to .02 of a second with the rangy Robinson's desperate dive for the finish line earning him the gold medal after what was a titanic tussle with his Dublin Track club training partner.

Renowned for his honesty, the Steve Prefontaine-esque Tobin made a daring move from the get-go, streaking to an early lead in a bid to front run his way to glory. Initially, it looked like the Tipperary man's gutsy move would pay off as he stretched his advantage out to 35 metres at the half-way point.

But with the wind blowing hard, a lonely Tobin idled as Robinson, a former European finalist, gained encouragement and ground. With 200m to go, the Kildare man had made it to Tobin's coat-tails and from there, it was stride for stride, lunge for lunge to the line. The taller of the two was the first man across it in the commendable time of 3.43.91 given the conditions.

Elsewhere, Cork prodigy Darragh McElhinney confirmed his promise and ability with a sprint finish victory over John Travers of Donore Harriers. For a 19-year-old to win a national senior title is a fair achievement but McElhinney, a native of Glengarriff, is one of the most talented distance runners this country has produced in years. 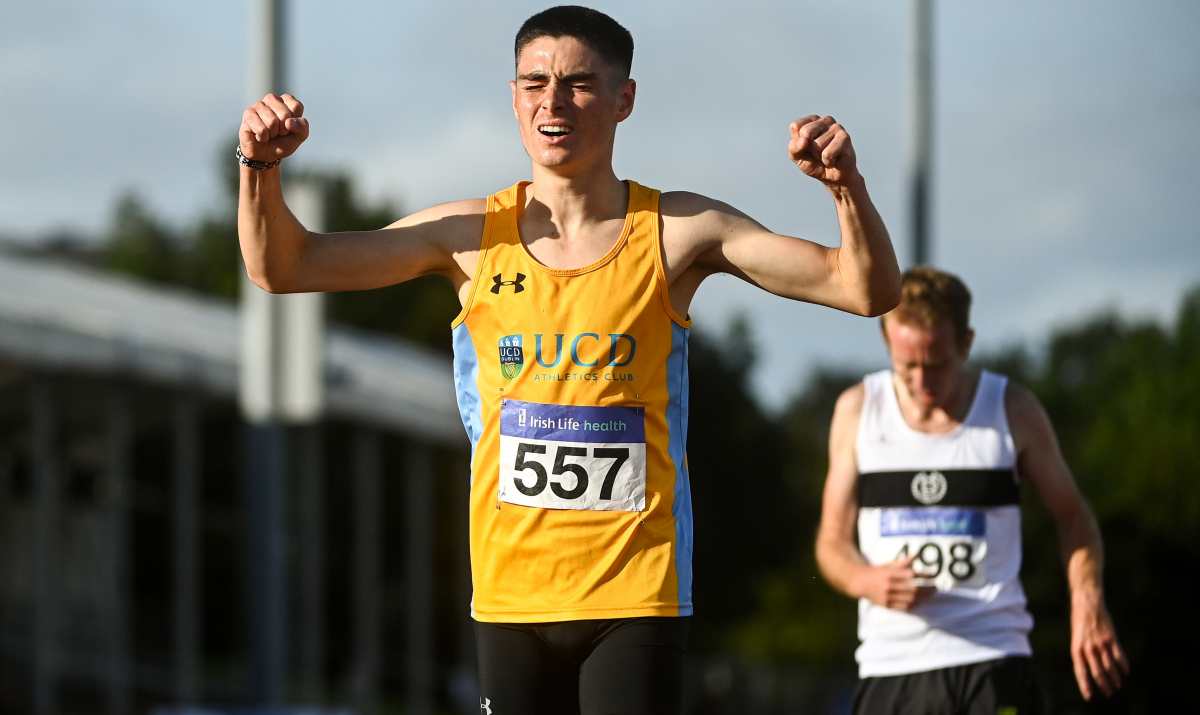 See the rest of the results here on Athletics Ieland.ie


popular
The SportsJOE 12 o'clock quiz | Day 249
The Ultimate Diego Maradona Quiz
"They don't care about mistakes once they're honest mistakes" - Buzz back for Bennett
Jose Mourinho leads tributes to 'Don Diego' as the world says thanks to Maradona
Sky Sports pundit calls out Katie Taylor during live broadcast
Diego Maradona wanted another Hand of God against England, with his right
Caelan Doris backed for Lions despite England's expected Test XV domination
You may also like
4 months ago
Ciara Mageean burns high class field with blistering kick around the bend
4 months ago
The Irishman who led the Olympics after some audacious gate-crashing
4 months ago
"I’m not going to let myself get beaten by somebody who’s wearing the shoes if I’m not"
4 months ago
Animal Scullion is one tough cookie
5 months ago
From a childhood crack den to an Olympic dream with the world's greatest
6 months ago
American nightmare forgotten as talented Power eyes Olympic dream
Next Page