The results for The Cadbury Great Inventor competition are in and it's good news for all you coffee lovers!

Three cheers for our very own Irish contestant and the best Cadbury chocolate flavour creator!

Way back in July of last year, members of the public were asked to create their own flavour of Cadbury chocolate bar. Out of all the entries they got in, Cadbury picked three of their absolute favourites, one of which was Callum from Roscommon's entry. Callum went Madbury for Cadbury and came up with a coffee-and-chocolate lover's dream bar called the Choca-latte. The other two finalist flavours chosen were Raspberry Shortcake (a milk chocolate bar studded with raspberry pieces, white crispt pearls and shortcake) and Simply the Zest (an orange-flavoured chocolate bar with almond caramel pieces and digestive biscuit).

Those three bars were then put on the shelves and it was left to the public to decide the ultimate winner.

The results are now in and we are delighted to say that the public has chosen Callum's Choca-latte as the very deserving winner. (By the way, entries are now open for next year's Cadbury Inventor competition - more on how to enter that below.)

We sat down with Callum to have a chat about his experience. (Plus a little bit of chocolate tasting on the side. Would be rude not to.)

How did you come up with the idea for the Choca-latte bar?

So, last summer I was in on my summer job and every day I'd go out and just get a cup of coffee. You know, it was the usual thing - go back and have my biscuit in the conference room and go back up to work. So one day I did that and I came back and was scrolling on my phone and an ad for Go Madbury for Cadbury came up.
I'd heard of the Cadbury's Great Inventor competition so I clicked on it and up came a list of different ingredients and you were allowed to pick three. A little picture of coffee beans came up and I was looking at the cup in my hand and my phone in the other and I said: "That's what I have to put in."

I love coffee. I drink coffee all the time. Biscuits were on the table just for people to take so I thought: "hmmm... Coffee and biscuits."

Did you taste the other finalist bars?

I did, yeah. Yeah, no, I liked them. They were nice. It was a close competition. I did like mine the best but that's because I love coffee. I'd always just go straight for the coffee one. But they were all really nice.

How did it feel seeing your bar up there on the shelves?

It was... weird. Because back in January, right at the beginning of the competition, I was over in Bournville, which is Cadbury's chocolate factory over in Birmingham. They were only doing the prototypes for the bar. They had the sketch art for the wrapper. It looks pretty much like it was then - just the little coffee cup with the shamrock on top. They had the idea of what they wanted. Going from that little drawn piece of paper to actually seeing it on the shelf, it was really cool. They had my signature on it and it was just really cool to see those things together. It was a big flash thing once it got up on the shelf. 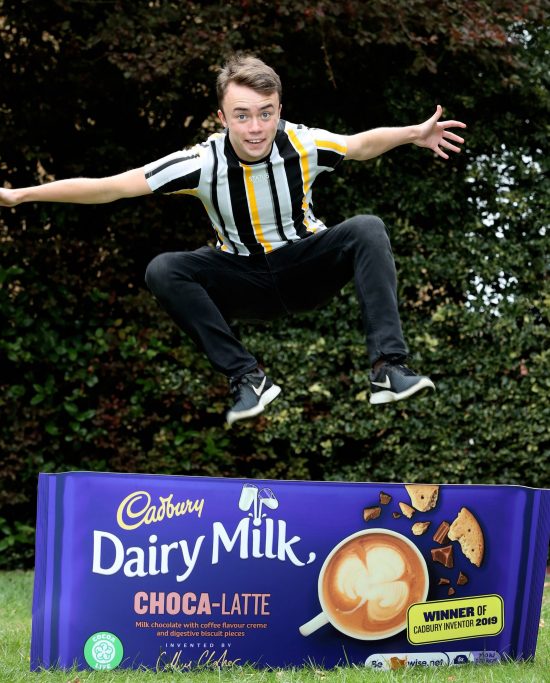 We assume your friends and family all bought loads from the shop, did they?

Oh yeah, definitely. Local support for the bar was huge. I'd say it nearly won off the back of it, you know? A local shop down the road from us - Maureen's - all the way from there up to the shops in Roscommon town. You go into a lot of places - there are a couple of cafés, there's the Centra, you know, all these different places. They had posters up to support the bar, saying "please vote". There was big support locally and a big push for the bar to win.

What did they all think of it? 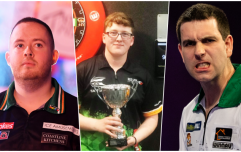 END_OF_DOCUMENT_TOKEN_TO_BE_REPLACED

They loved it, yeah. One friend in particular, definitely, was a big coffee drinker and she loved it. The mother is a big coffee drinker and she loved it. Coffee is either a taste that you like or you don't like and, luckily, with the bar, people who don't drink coffee can still like the coffee flavour. So a lot of people did like it. There were a few that didn't like coffee, didn't like the bar, but 99 percent of people that I've talked to anyway loved it.

How did it feel to actually win it in the end?

Oh, it was great news. I was on holidays in Canada. I was only shortly arrived and I was just coming out of being jet-lagged and I got an email one morning from the women who was overseeing the whole competition and she said, "we're in a position to announce the winner." And I was like, "what does that mean?" And then there was kind of back and forth with that and then she rang me and she said, "you've won! Congratulations!" Ah, it was great news, yeah. It was unreal.

Were there any other flavours that you came up with while going through it?

It was mainly coffee - I knew I wanted coffee as the base flavour. Coffee biscuit was the thing that immediately came to mind but I pressed and unpressed a few of the other flavours, thinking about how each flavour would work out. When I entered it originally, I called it Coffee Break because I was on my lunch hour. The name came to me first so I was thinking, "well, what do you have on your coffee break?" I was more working off the name and then coming up with the flavour. So coffee and biscuit was the obvious one to go for.

So how much input did you have in the process? Did you just pick the flavours and then have to trust Cadbury with it?

In the shortlisting process, there was back and forth on what I wanted the bar to taste like and the kind of coffee I like is creamier. You know, the coffee taste with the milk and cream taste in it as well. So I described that to them and they worked around the description I gave them. It was so weird tasting it for the first time. It's a flavour that I had in my head that I just described and sent off to Cadbury and then I got it back and it tasted exactly the way I had described it. It was weird, like, "that's exactly what I had been thinking." It was really cool.

We had a little (okay, a big) taste of Callum's Choca-latte bar and it is delicious. The bar will be available on shop shelves as of this month so make sure to go and pick one up for yourselves.

It's the perfect coffee and chocolate break all rolled into one.

If you think you have the creative tastebuds needed to come up with next year's winning bar, enter the Cadbury Inventor competition over on their website. There are over 90,000 different possible flavour combinations so plenty there to let your chocolate imaginations run wild.

The competition is only open until the end of September, so get entering!

All entries will be put through a rigorous judging process with the finalists being selected based on two very important elements: taste and creativity. Entries will be shortlisted once the competition closes at the end of September and given the chance to visit the Cadbury Chocolate Centre of Excellence in Bournville, the home of Cadbury, where they will work with chocolate experts to experiment with their ingredients and make their creations a reality. The three shortlisted bars will be made available nationwide for chocolate fans to sample in 2020 and vote for their favourite.


popular
You'll have to be an old-school fan to get 20/20 in this 1990s footballers quiz
"Sometimes sport can overwhelm you, it was time for him to take a deep breath"
The SportsJOE 12 o'clock quiz | Day 13
You won't get top marks in this football stadium quiz
Free spirit James Cha happy out in peaceful China
Caks' Law 101
The SportsJOE 12 o'clock quiz | Day 12
You may also like
57 minutes ago
This Irish raffle is giving you the chance to win a €250,000 Ferrari
2 days ago
"It’s kind of frightening how quickly that can have a big impact on someone’s life"
4 days ago
"The severity is getting worse and worse. Every single day, there’s more deaths"
4 days ago
Baz & Andrew's House of Rugby - Super Skype Shindig
1 week ago
How Ireland's top rugby stars are staying in shape at home
1 week ago
"Everybody is in turmoil... we'd be oblivious if we thought nothing would happen to us"
Next Page