A bet is a bet, and Peter Collins never welches on a bet.

This has been a summer to remember for so many Irish runners, swimmers, hockey players, jockeys, hurlers and more.

Thomas Barr came to the medal party that was kicked off, on Sunday, by Ireland's women's hockey team and preceded by the achievements of our underage athletes at various European and world championship meets.

The Waterford star ran a season's best time of 48.31 - his second fastest ever time - to claim a bronze medal at the European Championships in Berlin. A strong finish saw him belt down the home straight in the 400-metre hurdles final and write his name into Irish athletics yore. 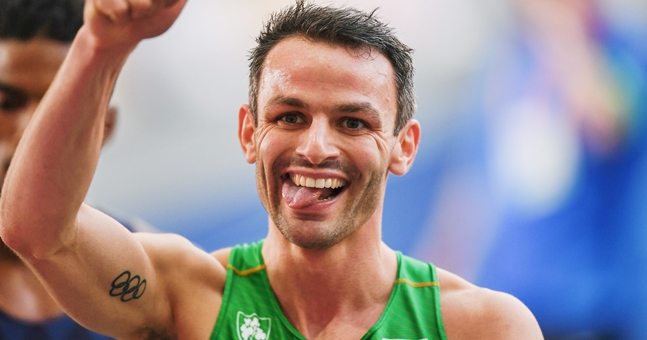 "Anything can happen." Those were the words of Thomas Barr after his semi-final run of 48.99 got ...

Barr had been tipped to get on the podium by RTE pundit, and Irish running legend, Sonia O'Sullivan ahead of the race with a stacked field.

O'Sullivan and RTE host Peter Collins even made a bet, beforehand.

Following the pulsating final, Collins followed through on his side of the bet. Despite agreeing to only wear a woolly, green hat if Barr claimed gold, Collins was a good sport.

Anyone tuning in late to the RTE coverage might have been in for a surprise...

We reckon Collins should keep the hat on for the rest of the championships, for good luck.


popular
Gatland comments give insight as to why CJ Stander missed Lions call
The Garry Ringrose narrative around the Lions Tour is complete bull
The SportsJOE 12 o'clock quiz | Day 347
"Original Conor McGregor" Nick Diaz recounts heartwrenching story of his girlfriend's suicide
The English media reaction to Lions squad announcement was suitably spiky
Courtney Lawes and Jack Conan were the Lions 36th and 37th men
Billy Joe Saunders on 'Canelo' Alvarez - "A little ginger f****t, that's what he is!"
You may also like
1 year ago
"If you are an LGBTI person, that hurts. You feel it."
1 year ago
Sky viewing figures for Super 8s clash fall dismally short of expectations
2 years ago
Women's World Cup coming to free-to-air Irish TV this summer
2 years ago
Rugby takes top billing in most watched Irish sporting events of 2018
2 years ago
GAA agree new broadcast deal with RTE and eir Sport
2 years ago
RTE add 17 sports documentaries to RTE Player library
Next Page