Those were the words of Thomas Barr after his semi-final run of 48.99 got him into the mix in Thursday evening's European Championship 400-metres hurdles final, in Berlin.

Hours before his final run, Barr felt compelled to respond to some of the well wishers before heading to the stadium to lace up.

Thanks for all the good luck messages everyone! Let’s go have some fun! Run fast, turn left, and jump... simples. 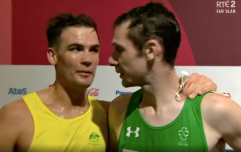 END_OF_DOCUMENT_TOKEN_TO_BE_REPLACED

Having finished 4th in the 2016 Olympics, Barr would have fancied his chances going up against some of the cream of the European crop.

History was not on his, or Ireland's, side as it was 84 years since an Irish athlete won a European Championship sprint medal.

At 7:19pm, the Waterford native ended the wait.

A stunning run down the back straight saw him burn off his nearest competitors to finish third and a bronze medal was secured. 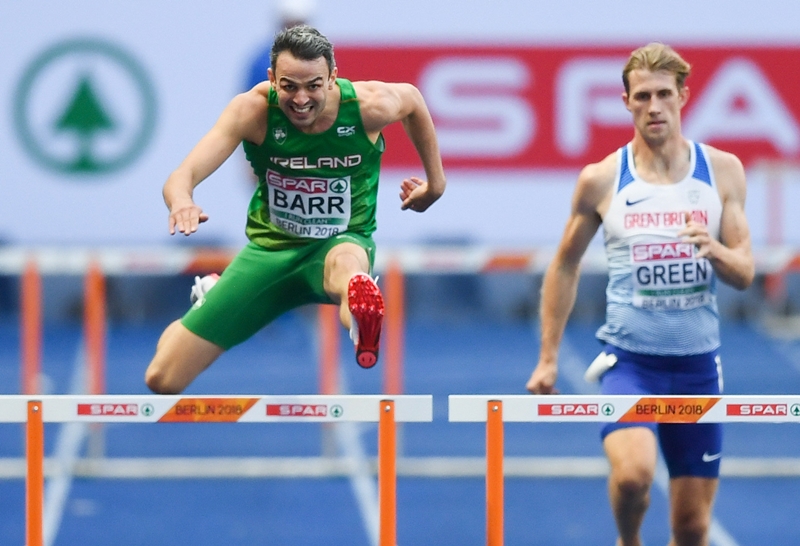 Warholm Karsten of Norway claimed gold while Yasmani Copello of Turkey was narrowly beaten into second. Barr was a comfortable third in a season's best time of 48.31 seconds.


popular
Galway fans' frosty reception for Davy Fitz doesn't make any sense
The most Stone Age tackle you've ever seen gets South African lock straight red card
Ryan Manning hacked to the ground by Henri Lansbury in ruthless assault
Final question of Ryder Cup press conference has Team USA in all sorts of trouble
"Johnno went, 'We’re not moving! You're trying to mess us about!'" - Ben Kay recalls red carpet controversy
Ian Poulter shares Ryder Cup advice to Shane Lowry and Team Europe rookies
"20 seconds of lunacy" sees Joao Felix red-carded against Athletic Bilbao
You may also like
1 month ago
Lamont Marcell Jacobs continues Italy's golden summer with 100m win
1 month ago
Norwegian handball team fined for refusing to wear bikini bottoms at Olympics
4 months ago
You have broken the world record Emer McKee and you have also broken an island's delusions
6 months ago
When Phil Healy starred in the best comeback of all time featuring the greatest commentary ever
2 years ago
'External pressure is a real concern for a lot of athletes. What will people think?'
2 years ago
Amazing display of courage as badly injured NUIG athlete hobbles to second place finish
Next Page