Ireland has never won a medal at the Winter Olympics. A funding snub looks likely to scupper our best hope to end that drought at the next Games.

Were they to embark on the Olympic journey [the next games are in 2018], they would represent our greatest ever chance of securing a medal. The mixed team would also be targeting a podium place. 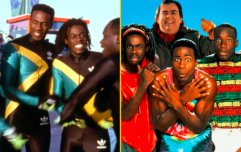 END_OF_DOCUMENT_TOKEN_TO_BE_REPLACED

A significant stumbling block remains in place. Neither team receive any government funding. At present, they have to pay all their own travel, kit and participation costs, and cover their own expenses.

The support the women's team receives could be likened to that of the trail-blazing Jamaicans that wanted to enter a bobsleigh team in the 1998 Winter Olympics in Calgary - good yarn, good luck, no chance.

Hazel Gormley-Leahy tells SportsJOE that the women's team have one goal ahead of next months European Championships in Slovenia. They are looking to raise €1,500 to cover the cost of their coach’s flights and hotel accommodation.

As for themselves, they will dip into their oft-visited bank accounts. It has been that way for as long as Hazel can remember. She says:

"I have played on the team for the last six years, have over 50 caps for Ireland, a gold European medal and a bronze European medal [from 2015] and have had to spill out over €10.000 from my own pocket to be able to compete.

"This amount does not cover what I spend in training as there is no ice in Ireland; we train in Scotland. It does not include the cost of kit, which needs to be changed each year." 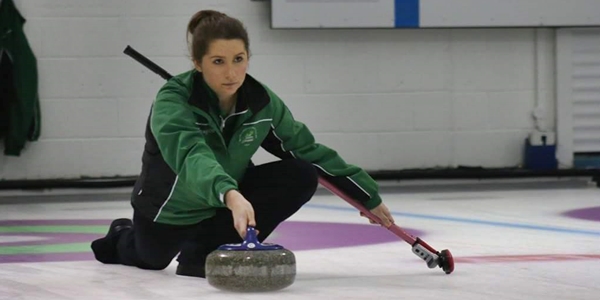 The problem with receiving Olympic Council of Ireland funding, Hazel explains, is that the team do not play in Ireland. She continues:

"To classify for the Olympics we have to be ranked from 1-8 in the world, something that is unthinkable when we are playing against teams that receive grants of €1m a year and above [as is the case of Scotland].

"We have played and beaten top teams both in mixed and ladies like France, Spain, Turkey, Denmark, Italy, despite the lack of funding we receive. This means we have great potential, especially with our new formed team - the new line-up got together in 2014 - who are all under 30." 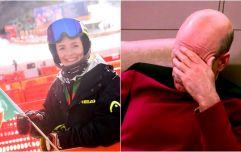 Ireland's Winter Olympics team have homecoming cancelled... because it's too snowy in Ireland

END_OF_DOCUMENT_TOKEN_TO_BE_REPLACED

The coach the Irishwomen are hoping to lead them in Slovenia is the renowned Martin Sutherland. All the work he has put in with Ireland, over the past couple of years, has been out of the goodness of his heart and inspired by the potential he sees in the team.

Official funding [see official responses below] is unlikely for April so the team have set up a Pledge Sports funding page where people can help out the team in any way possible.

"We are looking for people to help out with €1, €5, 50 cent; whatever people can manage," says Hazel. "Alternatively, we would love sponsorship from a company that wants promotion on our kit, photos, social media etcetera." 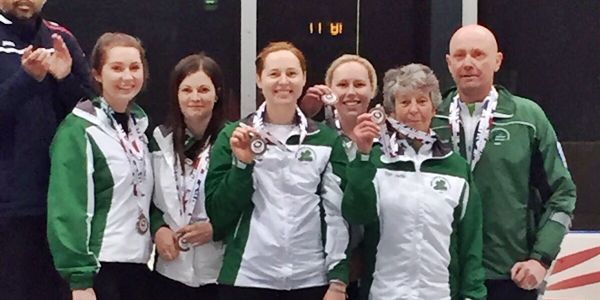 A spokesperson from the Olympic Council of Ireland told SportsJOE:

"We have been extremely supportive of curling over the years. There has been lots of funding for the men's team in particular.

"We just recently got in an application for the mixed and women's national team. We are going to consider it. We will have a look and discuss it with them."

"Where government funding is concerned, it is their [the team's] responsibility to go to the relevant agencies."

On Wednesday, March 2, the women's curling team received correspondence from the current Minster of State for Sport, Michael Ring TD. They were told that the Irish Curling Associaton is not considered a National Governing Body of Sport [NGB].

The next step is to seek to become an NGB through Sport Ireland, which is the statutory body funded by the government.

The Minster concludes, "I would like to wish the team every success at the European Curling Championships in Slovenia in April."

The women's curling team have plenty of support. The funding appears to be a long way off.

Anyone interested in donating money towards Ireland Women's curling team and their European Championship quest can click here.


popular
Sean Dyche set to be named Everton manager after Marcelo Bielsa talks break down
Roy Keane flatly rejects longstanding perception of ex-Man United midfielder Paul Ince
Allianz National Football League Round 1: All the action and talking points
Roy Keane leaves ITV pundits in stitches after Pep Guardiola's pre-match interview
Conor McGregor hit by car ‘at full speed’ while cycling
Ryan Reynolds makes Premier League promise to Wrexham supporters
Laura Woods savages Twitter user after he asks her to come over while his wife is at work
You may also like
4 months ago
"It is hard, especially when you’re 18 and I’d never left Ireland by myself," - Tuohy reflects on tough days after Grand Final win
4 months ago
Tuohy flies the Portlaoise flag high as Irish duo make AFL history
4 months ago
Tom Hardy wins yet another Jiu-Jitsu championship after emphatic finish
4 months ago
Roger Federer confirms retirement from tennis
4 months ago
Your guide to a huge weekend of football, rugby and Formula 1 and how to stream it all
4 months ago
Conor McKenna set to return to the AFL in huge blow for Tyrone
Next Page