Ireland's Winter Olympics team have homecoming cancelled... because it's too snowy in Ireland

You'd have thought they'd have had the proper gear for it and all.

Ireland's Winter Olympics team were due to have a big homecoming at Dublin Airport this afternoon but the Irish spring is too wintry.

Minster for Sport, Brendan Griffin T.D was due out at the airport to help welcome back the Olympians - Brendan ‘Bubba’ Newby, Seamus O’Connor and Thomas Westgaard - along with OCI President Sarah Keane and Team Ireland Team Leader Shane O’Connor.

The trio recently represented Ireland at the 2018 Winter Olympics in PyeongChang, along with teammates Patrick McMillan and Tess Arbez, and were due to be met by family, friends and the waiting media. 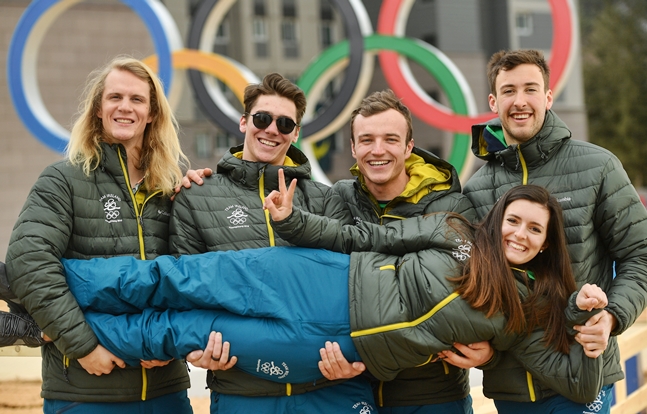 However, adverse weather conditions arising from the sweeping cold front from the East have put paid to that. A release sent out this afternoon read:

'The media event today for Team Ireland’s Winter Olympic Team is postponed due to bad weather.

'We’ll update you with more information once we have a new confirmed date and time for the homecoming.' 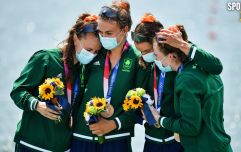 "Hopefully it gives young girls real hope that anything is possible. If we can do it, anyone can!"

END_OF_DOCUMENT_TOKEN_TO_BE_REPLACED

In fairness to the organisers, the event was always listed as 'subject to weather conditions' but they felt the incoming Storm Emma could cause flight disruptions.

Who would have thought the snow would have affected the Winter Olympians' return to sunny old Ireland.


popular
Ireland team to play Wales: Andy Farrell's XV, the big calls and bold cuts
Everton release brutal 59-word statement to confirm Anthony Gordon departure
Five confirmed changes and guidelines to have big impact on 2023 Six Nations
Chelsea fire back and clear up why Hakim Ziyech's PSG move collapsed
"Every team did it!" - Paul O'Connell on Roy Keane comment to Ronan O'Gara that he couldn't deny
Owen Farrell praises Johnny Sexton in revealing interview ahead of Six Nations
"It's crazy to think Bundee Aki might come straight in and start against Wales"
You may also like
2 years ago
"They were like rock stars to us" - Gary and Paul O'Donovan on their childhood heroes
3 years ago
"All I've done through my whole life is play for Ireland and why would that change?" - Rory McIlroy
6 years ago
Olympics officials hold extraordinary press briefing on Pat Hickey arrest and boxing rigmarole
6 years ago
Ethiopian loses runner during steeplechase, beats British opponent by 37 seconds
6 years ago
Ahead of the Rio Olympics this is how Ireland’s fastest athletes compare with the world’s elite
6 years ago
South African Olympians will be paid an awful lot more for Rio gold than Irish athletes
Next Page