Her whole body shaking and a smile never far from her lips, Nicole Turner delivered the sort of interview that shows just how much her silver medal will be cherished for years to come.

The 19-year-old came home second in the final of the Women's S6 50-metre butterfly, in Tokyo, to win silver and claim the fourth medal of these games for Team Ireland.

END_OF_DOCUMENT_TOKEN_TO_BE_REPLACED

Turner, at the age of 14, narrowly missed out on a medal in the same event at Rio 2016 and had set her sights on a podium finish at these games. Like all Paralympians, 2021 had to be circled in the calendar after the 2020 games were cancelled, but she never lost focus.

In her post-race interview with RTÉ, Turner's glee radiated throughout and lifted many spirits. "It hasn't sunk in at all," she began.

"I think I was shaking before the race even started to be honest! The past five years have been pretty challenging but I suppose the extra year did me justice." 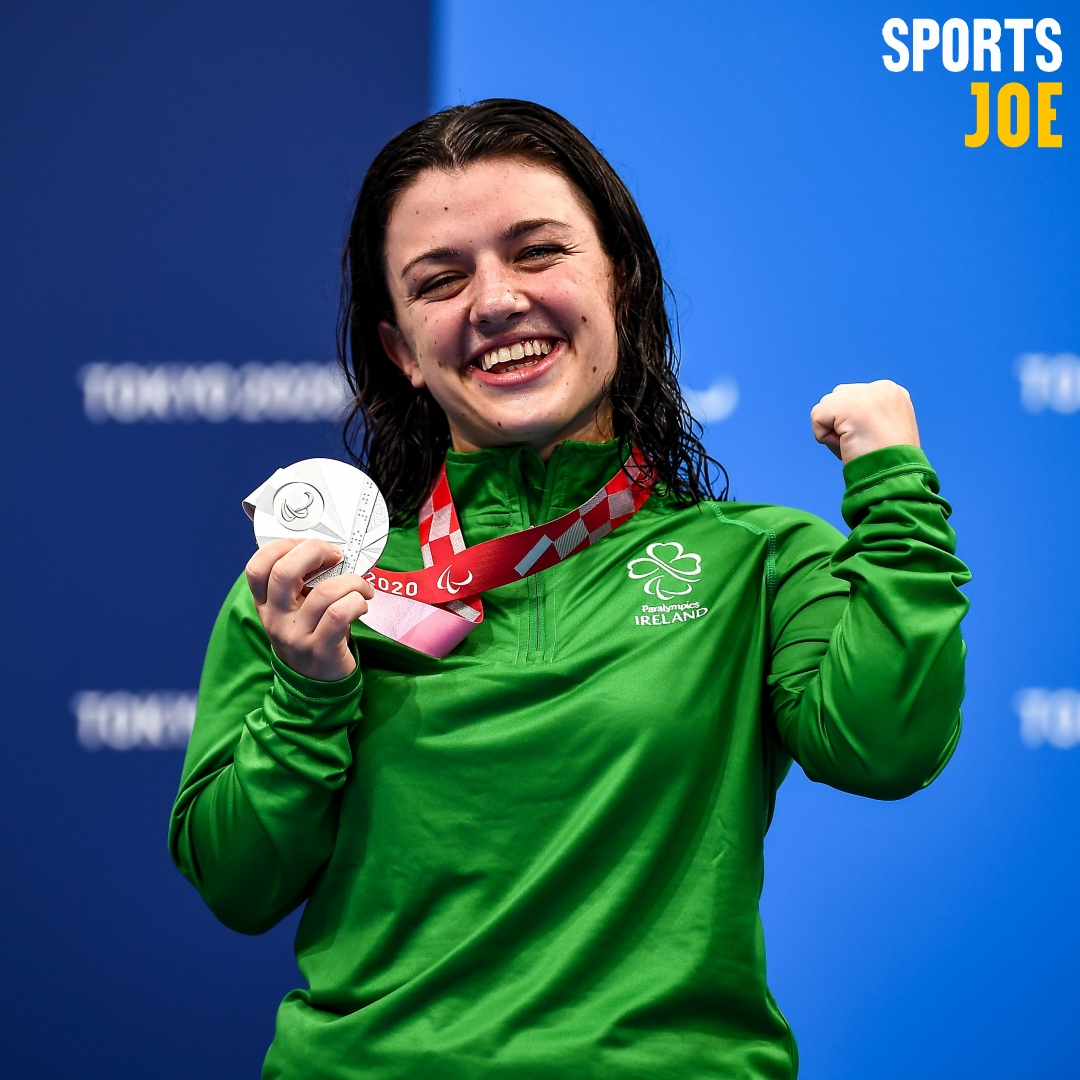 Nicole Turner of Ireland with her silver medal after competing in the Women's S6 50 metre butterfly final at the Tokyo Aquatic Centre. (Photo by David Fitzgerald/Sportsfile)

Reminded by reporter Eamon Horan that her mum was looking for her to get back to her many post-race messages, Turner commented:

"She gives out to me because I have a group chat with my brothers, and I reply to that the odd time. And she does ask, 'How come you have time to reply to them, and not me?!'

Turner thanked her coach, Dave Malone, and strength and conditioning coach, Niamh Buffini, before dedicating the win to her parents.

"My mam drives me to and from training every day," she said. "Without her I wouldn't be standing here today.

"It feels like a dream come true. This is honestly the best day of my life. It's for everyone at home - it's not for me."

After the gold medal win for Jason Smyth, on Sunday, this has been a great 24 hours for Team Ireland in Tokyo.


popular
Mario Balotelli, Luis Suarez, Fernando Torres and why Rio Ferdinand "hated them"
"I remember just hugging this Irish guy" - How one Kiwi rugby star reacted to Ireland's historic series win
"I don’t trust you" - Joey Barton delivers brutal dismissal of Irish defender
Javier Hernandez offers to play for Manchester United for free
Down county football is in tatters, but Conor Laverty is the man to piece it back together
"I'll ask for everyone that comes to the game to wear purple and roots for us" - Pat Fitzgerald
Amad Diallo scores twice as Cristiano Ronaldo sits out behind-closed-doors friendly
You may also like
10 months ago
Olympic Silver Medalist reveals she was pregnant during Tokyo 2020
11 months ago
Kellie Harrington calls for more support to help local boxing clubs
11 months ago
"It's crazy, but it's wonderful" - Kellie Harrington reacts to her home becoming a new GAA tourist attraction
11 months ago
Olympic medalist Aidan Walsh has a message for young kids looking to achieve their dreams
1 year ago
"She won gold for her road, her community, her county, her country and her sport"
1 year ago
Kellie Harrington delivers fight of her life to claim Olympic gold
Next Page