Before she sat her Leaving Certificate, Cork legend Rena Buckley had two All-Ireland medals in her back pocket, and she’d also been honoured as an All Star.

The wheel has now come full circle for Buckley and next weekend, she hopes to help her club Donoughmore to All-Ireland Junior Football glory, and claim a 21st national title in the process.

The most successful player in the country started her career with Donoughmore as a 14-year-old in 2001 and a few months later, she lined out at wing-back in their All-Ireland Club final victory over Ballyboden St Enda’s.

Two years on, she was at midfield as Donoughmore won their second All-Ireland Senior club title.

Now, and after a record breaking inter-county career that yielded 11 TG4 All-Ireland Senior medals and seven All-Ireland senior camogie championship wins, Buckley is desperate to play her part next Sunday against Mayo side CL McHale Rovers.

The positive days have been plentiful for Buckley (32), but she says the fact that her club is back fielding a team brings her the most joy. 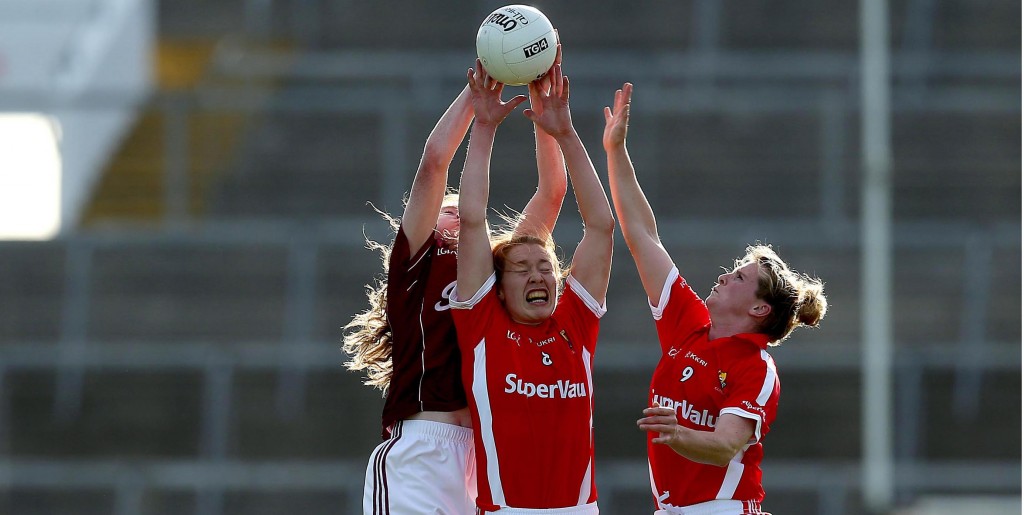 When Donoughmore won an eighth Munster title in 2011, it seemed the glory days would go on forever. But the team that had brought them so much success broke up pretty quickly, and by 2017 they were unable to take part at all in the Cork championship.

“What happened essentially was that we had a group of players that played together for a very long time, and the group was quite successful. It happens in female teams, everyone came to an age and a lot of people finished up football at the same time,” said Buckley, who remains the only person to captain a county to All-Ireland titles in two different codes. 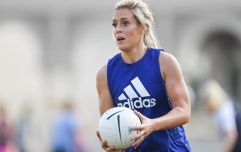 END_OF_DOCUMENT_TOKEN_TO_BE_REPLACED

“The team was very tight on numbers and for a couple of years we were struggling hugely in terms of fielding, for league games in particular. When you have a couple of inter-county players as well, it is tough.

“We didn’t actually put out a team at all in 2017, we were so caught for numbers. But we got together again last year and Pat Breen trained us and we got to the county semi-final under him.

“We went back a bit earlier this year and put in a big effort. We are absolutely thrilled with how the year has gone so far, but we have one big game left now and we’re looking forward to it.”

The rules of the game now state that anyone under the age of 17 cannot play adult football, and if that rule was in place when Buckley was coming through, her sideboard would be a little barer. But she claims her early exposure to the senior ranks was the big reason behind her future success.

“It was huge for my development. I think it was key, without a doubt. To get that standard of football at that age was great. To be playing at that level for a good long period with such experienced players and in that management team was a brilliant time for me.

“It was different times in 2001. What happened was a few of our key players went away in the summer on J1s so they were tight for numbers and I got a call up. We won the county championship and went on to beat Ballymacarbry for the first-time in Munster after trying for a lot of years.

“We went to London for the semi-final and played Fr Murphy’s over there. That was my first time abroad and my first time being on a plane going to that All-Ireland semi-final. I was so young at the time so it was a huge experience for me. 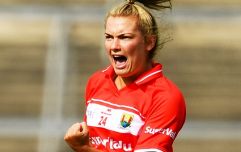 “She was very diligent about her recovery. She's a great bit of stuff"

END_OF_DOCUMENT_TOKEN_TO_BE_REPLACED

“My outstanding memory from the All-Ireland final was when Ballyboden came out, all their supporters had flags, hats and banners. We didn’t have any of that, but thanks be to God we won the game.”

In their second coming it hasn’t taken Donoughmore long to rediscover a taste for victory. They defeated Valley Rovers in the Cork final earlier this year, accounted for Galtee Rovers in the Munster Junior decider, while a one-point victory over Navan O’Mahony’s last weekend earned them a place in the Duggan Park decider tomorrow (SUNDAY) week.

But as well as lining out at midfield for the footballers, Buckley and a handful of her teammates have represented Inniscarra in the Cork camogie championship this year.

On October 4, she starred in the club camogie semi-final replay victory over Killeagh, before kicking 1-5 for Donoughmore in their Munster quarter-final win against Kilcummin in Kerry the following day. Juggling codes has always been the way, she says.

“Inniscarra and Donoughmore are different parishes. I’m from Inniscarra, but I have always played football with Donoughmore. I played U12s with both clubs. It’s not just me, we always have a good number of players that play on both teams. There is a nice relationship between the clubs. It’s lovely to see that.

“Donoughmore has always had a very strong football tradition. We won a Munster Senior title in 2011 which isn’t that long ago. There is a lot of pride in Donoughmore. We have gone through a barren patch, so having the team up and going again is great. I’m delighted with that.

“In Donoughmore we have a team again, you know? Not only do we have a team but we have very, very committed players and management and there is a great buzz about us. “That’s hugely important to me. If we capped it off with a win it would be very, very sweet.

“We’re very much a team and we have a great mix of girls. It’s very enjoyable and our numbers at training has been excellent, the effort is there. We are really hoping that we can get one more big game out of us. I’m sure the Mayo girls are in exactly the same boat.”


popular
ROG hits the nail on the head assessing Ireland's performance
Triple Crown wrenched away as England scrape Ireland off their boots
The Ireland XV that should definitely start against Italy
Player ratings on a dismal day for Ireland in Twickenham
QUIZ: How well can you remember this season's Premier League results so far?
"Next thing, all I see is this 'BANG' coming in over me... It was O'Driscoll"
'If that was a cricket game, we could have declared at half-time' - Eddie Jones
You may also like
8 months ago
Cork and Kerry clashing as intermediate championship hots up
8 months ago
Finn on fire as rampant Cork show no mercy to Waterford
9 months ago
“It’s a big lift for Cork in general" - Rebelletes back in big time
9 months ago
Tiki Taka Gaelic: Cork ladies light up Parnell Park with team score to beat all others
11 months ago
Cork ladies master the fist pass with 10 beauties before stunning goal
1 year ago
Carla Rowe gives the whole country a lesson on how to finish off goals
Next Page