For a man only fresh into the managerial game, Cathal Murray has seen and experienced plenty.

His beloved club Sarsfields were stuck back then and Murray, their tigerish corner back, put the hand-up.

Forget that he'd have nippy corner forwards to contend with the year long. Never mind the extra work-load or the added pressure. The late nights, the analysis sessions and the tough talks would be no bother to this man. Cathal Murray's club were in need and so he didn't think twice about leaving his comfort zone.

And weren't Sarsfields blessed? As player manager, Murray would guide his club to their first Galway SHC title in more than 20 years. Finally, the talented bunch got the best out of themselves and that was with no small thanks to their double-jobbing maestro.

Three years on and it's a tale that's come to light again. A tale re-told this very week with Murray again the unassuming star looking to stay away from the limelight. 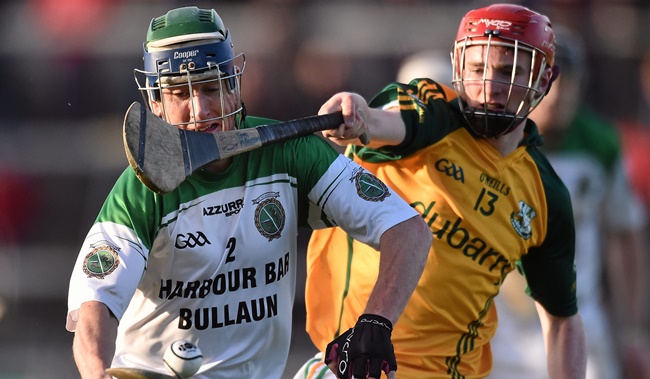 He's somehow gotten away with it to a degree.

When the Galway camógs were in "disarray" after the 2018 League, Murray shot into the reckoning. This job came with a caveat though. Take one job and you'll get another too. The seniors and intermediates go hand in hand hre. 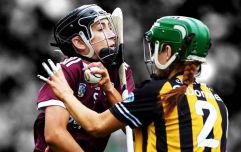 END_OF_DOCUMENT_TOKEN_TO_BE_REPLACED

He went for it head on. Since then, the Tribeswomen, in both senior and intermediate, have finally fulfilled the potential everybody knew they had.

They just needed the right man to tap into it and unleash it. Murrray was that man.

It gets even better though. Not only did he steer Galway to a first senior camogie title in six years. He'd do so while bringing their intermediate team to final day too.

And that's when you realise that Murray's calm organisation and cool persona set it all up. There would be few headlines written about the man who steers clear of the attention.

"They did an awful lot of training together between the two teams. It's an incredible achievement for him as well having only came in during the middle of last year when Galway were very much in disarray. Galway had the players, but needed someone to pull them together. He has done an amazing job there.

"The fact that the second team lost despite leading by seven points at half-time, that was mentioned in the changing room at half-time of the senior game. So he's obviously drawing on both experiences there. Even changing your mind-frame from one set of players to the other, I'd say it was a very stressful situation for him. A mammoth task..."

The Galway camógs have come on leaps and bounds in the last year and here's what manager Cathal Murray puts it down to 👇https://t.co/tKfrUXP7RB

But Murray took it all in his stride. Had the right people around him, had the players well-warned of what to expect. The plan passed with military precision.

"There was a debate as to whether he would leave a couple of minutes before the inter final and start preparing the seniors," says Twomey. But he couldn't because it was so close."

"They obviously have different selectors, people around them and experienced players driving the whole thing on as well."

That's when the backroom staff and the team come into it all. Cathal Murray knows it's a team effort.