The first provincial silverware of 2019 will be handed out this weekend, with the TG4 Munster Senior and Intermediate Champions set to be crowned.

On Sunday, Tipperary and Clare will battle it out for the Intermediate title at Cappamore GAA Grounds in Limerick, with a 12pm start.

Later in the evening, at 6.30pm, it’s the meeting of holders Cork and Waterford in the TG4 Munster Senior Final, a game that will be LIVE on the LGFA’s Facebook.

Also on Sunday, there are two Leinster Intermediate Semi-Finals down for decision.

Kildare welcome Wexford to St Conleth’s Park in Newbridge for a 2pm start, while there’s also a 2pm throw-in at Páirc Tailteann in Navan, where Meath are the hosts against 2018 runners-up Wicklow.

Before all of that, on Saturday, there are TG4 Ulster Junior and Senior Final slots up for grabs.

There’s a semi-final double-header in Killyclogher, Tyrone, with Antrim and champions Derry meeting in the Junior Semi-Final at 5pm, a game that’s followed by the Senior Semi-Final between holders Donegal and Cavan at 7pm.

Antrim need to pick themselves up quickly for a second bite of the cherry against Derry.

Last weekend, Antrim were beaten by 0-8 to 2-13 against Fermanagh, who progressed to the TG4 Ulster Junior Final on June 30.

END_OF_DOCUMENT_TOKEN_TO_BE_REPLACED

The Saffrons have a second chance but it’s a tough assignment for them against holders Derry.

This one could be very close, as the sides drew when they met in Division 4 of the Lidl National League.

A place in the TG4 Ulster Senior Final against Armagh on June 30 is the prize on offer for the winners here.

Donegal’s hopes of a third successive provincial crown are very much alive, and they got past the tough challenge of Tyrone in the preliminary round to make the last four.

That assignment will have blown away any post National League cobwebs, while Cavan are without a competitive fixture since April 21.

On that occasion, the Breffni girls lost out to Waterford in the Lidl NFL Division 2 semi-final, and now they face their first Championship assignment of the season.

Donegal will start as favourites but Cavan have proven firepower in their ranks, with Aisling Maguire and Aishling Sheridan capable of causing the holders some problems. 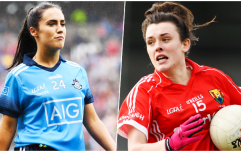 Four double headers as ladies football gets the stage it deserves

END_OF_DOCUMENT_TOKEN_TO_BE_REPLACED

Cavan lost out to Armagh by three points at the semi-final stage last year, and will hope to go a step further this time.

A Cavan win would send them through to a first TG4 Ulster Senior Final since 2016 – but they’ll have to work hard for it against a seasoned Donegal outfit.

Clare and Tipperary meet again in the 2019 TG4 Munster Championship – and this time in the final.

When the counties locked horns in the round-robin phase of the competition, Tipp ran out four-point winners. 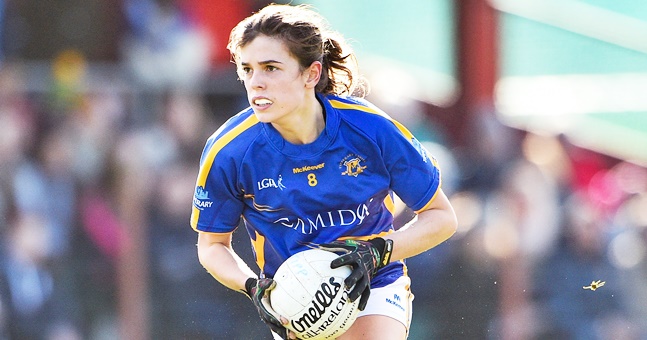 By Daragh Small When the rest of her teammates were training on Tuesday evening, there was no sig...

That suggests there will be little to separate the sides again, and that’s typically been the case in recent seasons. 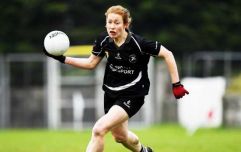 END_OF_DOCUMENT_TOKEN_TO_BE_REPLACED

Clare will look to free-scoring Niamh O’Dea for attacking inspiration, and she scored 1-5 against Limerick as the Banner County advanced to the decider.

Tipp have Aisling McCarthy pulling the strings at midfield, with Aishling Moloney the fulcrum in a youthful attack.

Fraher Field in Dungarvan is the venue for the 2019 TG4 Munster Senior Championship Final – as in-form Cork look to retain their crown.

The Rebelettes have carried their Lidl NFL winning form into the championship and when they met Waterford in the round-robin phase of the Munster Championship, 24 points separated the sides.

Waterford will be determined to prove that was a one-off, and the Déise had been in really good form themselves prior to that game.

They won the Lidl NFL Division 2 Final against Kerry, before defeating the same opposition in Munster.

Video: From being the 1986 Waterford team mascot in Croke Park to winning the 2019 Lidl NFL Division 2 title, Michelle Ryan has given incredible service to the Deise. See her father Michael talk proudly about his daughter ahead of Sunday's TG4 Munster Final.. @LadiesFootball pic.twitter.com/kPumueZe42

That latter victory ultimately booked Waterford’s place in the Munster Final, and they’ll hope for a big home support in Dungarvan.

Cork have brought in dual star Hannah Looney for this one, while there are three changes on the Waterford team from their last clash with the Leesiders, as Kate McGrath, Mairead Wall and Kelly Ann Hogan earn starts.

This game will be LIVE on the LGFA’s Facebook Page from 6.15pm on Sunday evening, with Jerome Quinn and Kerry captain Amanda Brosnan in the commentary box.

Viewers can watch the action unfold by accessing the following link:https://www.facebook.com/LadiesGaelicFootball/

A slot in the Leinster Intermediate Championship Final would represent significant progress for Kildare and Wexford.

Kildare saw off the challenge of Longford to make the last four, while Wexford had a bye.

A competitive championship game will stand Kildare in good stead, while home ground is another advantage, but Wexford have bags of experience in their team.

Kerry native Bernie Breen is still going strong in the middle of the park and with Kildare captain Grace Clifford in the Lilywhites’ engine room, this sector of the field will be crucial.

Neasa Dooley was named on the Lidl Division 3 Team of the League and is a dangerous forward, while Wexford will hope that the likes of Chloe Foxe and Tara Doyle will fire the attacking bullets for the Slaneysiders.

Meath won’t need reminding that Wicklow stunned them in the 2018 TG4 Leinster quarter-final.

If forewarned is forearmed, then we can expect a big performance from Meath this time.

In Division 3 of the Lidl National League, Meath beat Wicklow by 1-18 to 3-6, before the Royals went on to lift the divisional crown.

Beaten TG4 All-Ireland intermediate finalists in 2018, Meath have been in excellent form this year, and they beat last year’s Leinster Champions Laois in the provincial quarter-finals.

Wicklow had to battle hard for their quarter-final victory over Offaly, and they’ll start as underdogs against Meath.


popular
"When Sean Boylan was around, you didn’t need a psychologist or a counsellor - he did it all himself"
The SportsJOE 12 o'clock quiz | Day 136
The daily diet of Manchester United midfielder Jesse Lingard
COMPETITION: Answer this survey for a chance to win a fabulous stay at the Trident Hotel in Kinsale
The diet of a modern day rugby player compared with a top jockey
James Ryan's misfortune opens Leinster and Ireland doors for Ryan Baird
A starting XI of the best free agents available this summer transfer window
You may also like
8 months ago
Noelle Healy's role in Moureabbey's All-Ireland winning score was just a pure refusal to give in
8 months ago
One of best ladies footballers in country left out of All-Star team
10 months ago
Another Cork club thriller on the cards as Mourneabbey face toughest test yet
1 year ago
Carla Rowe gives the whole country a lesson on how to finish off goals
4 months ago
McCarthy and Tipp raring to go again after AFL stint
4 months ago
Galway's Leonard leading the fight in Ireland's front line
Next Page