When the rest of her teammates were training on Tuesday evening, there was no sign of Anna-Rose Kennedy, she had her head stuck in the books.

Since the Leaving Cert kicked into gear on 5 June, the Tipperary starlet had completed her English Papers I and II, Home Economics, Geography, Maths Papers I and II and Irish Paper I.

On Tuesday it was the turn of Irish Paper II and Biology before she finished off her exams with French on the following day.

But there were no extravagant end of exams celebrations. Instead, the 18-year-old chose to keep it low-key. She has a provincial final to look forward to as Tipperary face-off against Clare in the TG4 Munster Intermediate decider at Cappamore in Limerick on Sunday (12 noon).

“Whatever the result is, we will go out as a team just to finish off the Munster campaign. Hopefully I can get my celebrations in then,” said Kennedy.

“My friends don’t finish their exams until next weekend anyway. I am one of the few that were finished this early. It was just the way my subjects worked out. 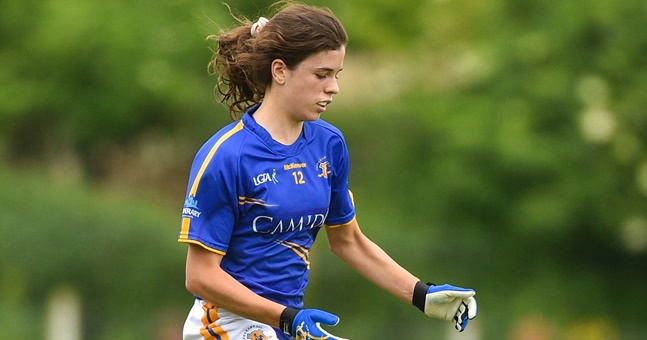 “At least everyone wasn’t going out. I could relax and focus on the match. I can celebrate after with my team and my friends.”

Kennedy was born and grew up in Liverpool before she moved, along with her family, to Tipperary town when she was seven.

Mother Helen is from Liverpool while her father Patrick is a Tipperary native. Kennedy is the eldest of three siblings, her brother Paddy is 15 and sister Caitlin, who recently joined the Tipperary senior panel too, is still only 16. 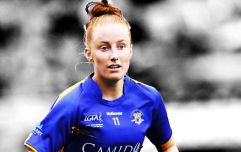 END_OF_DOCUMENT_TOKEN_TO_BE_REPLACED

The family are massively into their sports and celebrated Liverpool’s recent Champions League success. But Gaelic Games come first and Anna-Rose Kennedy has played a bit of everything. She dabbled in handball and soccer when she was younger, she’s also played camogie and she’s a current Tipperary Ladies Football star.

“I kept playing up my football until three weeks ago, otherwise I was just studying at home. If I had training or a match I would go so I could take a break. It’s all about balancing the sport and schoolwork.

“There was no fear that I would get injured. My sister was telling me to make sure I didn’t go for any silly block and break a finger. But even when we played Clare a few weeks ago injury didn’t cross my mind. I still went for every ball and put in the tackles.

“But I was tired. I was physically and mentally exhausted because the pressure of the Leaving Cert and tiredness after a full day of school and then trying to train. 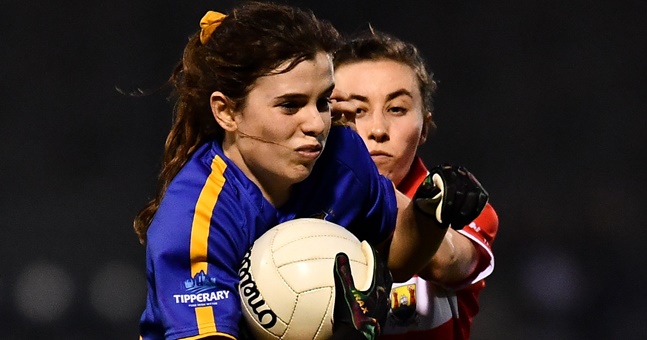 “It became difficult to balance everything.”

Kennedy completed her Leaving Cert at John the Baptist Community School and the dream now is to go down the PE teaching route.

She intends to study PE and Biology at DCU or PE and Geography in University of Limerick, but the possibilities are endless. Her Leaving Cert holiday awaits, and she will have earned it.

But before then she returns to the scene of her inter-county debut from two years ago. Tipperary also faced Clare in a Munster final on that occasion, and the Premier County prevailed.

Just over three weeks ago Tipperary reaffirmed their recent good form against Clare with a narrow 2-15 to 2-11 championship success in the round-robin phase of the TG4 Munster Championship.

“That was the last game I played since I started the Leaving Cert. It was a very close game. Both teams were missing players,” said Kennedy.

“It should be a great final because we are great rivals. Both teams really want to win this in order to progress.

“Hopefully we will come out on the right end of it.”


popular
Six minutes was all Alan Connolly needed to score two goals and set up another
Sensational scenes in Belfast as Antrim edge out Clare in a thriller
'Jesus Christ! How am I going to put up with this lad for nine weeks?!'
Gatland comments give insight as to why CJ Stander missed Lions call
Peter Queally vaults into Bellator title picture with stunning win over Pitbull
The Garry Ringrose narrative around the Lions Tour is complete bull
South African media shocked by Lions omissions of Sexton and Ryan
You may also like
1 year ago
"To come from the depths of depression, they're back where they belong"
2 years ago
16-year-old roofs winner for Tipperary, Mayo star plays one-two with post
3 weeks ago
With her wand of a left foot, Orla O'Dwyer sets up goal of the year in AFLW grand final
3 weeks ago
The SportsJOE 12 o'clock quiz | Day 332
3 weeks ago
From West Clare to the top for multi-talented Considines
3 weeks ago
The SportsJOE 12 o'clock quiz | Day 329
Next Page