UL became the fifth college to complete the UPMC Ashbourne Cup five-in-a-row, emerging deserving winners over a gutsy but outgunned UCC at WIT Arena in Carriganore.

It was a bitter pill to swallow for the Leesiders, who have been UL’s victims on each occasion.

But they just had no answer to a side boasting the type of firepower provided by joint-captain Beth Carton, who finished with player-of-the-match honours for the second consecutive season, Tipperary’s Ciardha Maher and two inter-county stars that will be the chief threats for their clubs on All-Ireland duty at the end of the month, Siobhán McGrath (Sarsfields and Galway) and Annie Fitzgerald (Gailltír and Waterford).

Four-time All-Ireland winner with Cork, Orla Cronin took the fight to the Shannonsiders, ably supported by Intermediate Rebels, Hayley Ryan and Finola Neville and Tipp attacker Caoimhe Perdue but they never looked like upsetting the odds. 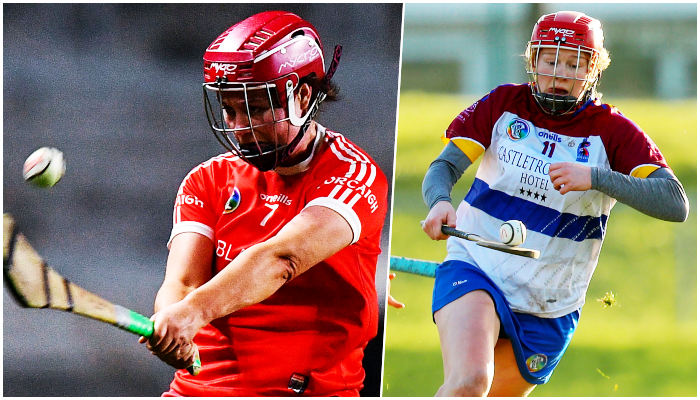 Keeva McCarthy opened the scoring with a brilliant point from 40m after 87 seconds for UCC but UL quickly settled into their groove, Carton feeding Waterford teammate Fitzgerald for the equaliser before converting three pointed frees.

The double All-Star, who hails from the De La Salle club just three miles away, turned provider once more with a delectable pass for Maher to point and when Maher goaled in the 13th minute, UCC were in trouble.

It was a well-worked score, Carton coming out of a ruck in possession and feeding Maher, who exchanged passes with Fitzgerald before finishing with a low shot Sarah Aherne will be disappointed she was unable to stop.

END_OF_DOCUMENT_TOKEN_TO_BE_REPLACED

That put seven points between the sides and while Cronin shot three points to give the Skull and Crossbones some hope, that was quickly dashed when McGrath rattled the net with a first-time pull off the sod in the 22nd minute.

Cronin was accurate from frees but so was Carton at the other end and UL had a greater breadth of scoring threat, Mairéad Burke and Róisín Howard also pointing to leave it 2-9 to 0-7 at half-time.

UCC needed goals but could not break down a UL defence that was aided by the industrious Sophie O’Callaghan. On the rare occasion Deborah Murphy was called upon, the Clare netminder was not found wanting either.

Cronin slotted a neat score but Carton bulleted a 39th minute penalty to the net, after Fitzgerald had been unceremoniously hauled to the ground, and there would be no way back for UCC. 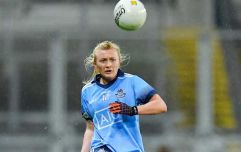 END_OF_DOCUMENT_TOKEN_TO_BE_REPLACED

Earlier in the day, UCD claimed the UPMC Purcell Cup, cementing their return to the top tier with a 1-6 to 0-5 victory against Technical University Dublin.

A fast start was the key for Robbie Lewis’s outfit. St Martin’s and Wexford ace Chloe Foxe had two points on the board when Slieverue’s Hannah Irish drilled to the net. Though TUD steadied the ship thanks to points from Aoibhe Dillon (Naomh Mearnóg/Dublin) and Róisín Cahill (Kilruane MacDonaghs/Tipperary), and a penalty save from Dublin and Naomh Jude netminder Faye McCarthy, player of the match Foxe brought her tally to five points from some pressure frees to keep the Belfield unit ahead.

A dozen points from Limerick Laura Stack buttressed TCD’s 0-13 to 0-8 triumph over UCD’s second team in the UPMC Fr Meachair Cup Final. Stack, who plays her club Camogie with Cork outfit Milford and scored a goal as a 16-year-old in the 2016 All-Ireland Senior Club decider, was ruthless in her punishment of UCD transgressions, making light of the blustery conditions with her pure striking from placed balls.


popular
James Haskell on text exchange with Peter O'Mahony after Ireland's victory over Scotland
SportsJOE 2000s Football Quiz | Round 8
"The academy boys have turned into small monsters over the past few weeks" - Peter O'Mahony
"I have more work done than any player in Ireland" - The Trevor Giles tribute show
Can you name the first clubs these players went to after leaving Liverpool?
The SportsJOE 12 o'clock quiz | Day 102
Can you name the first clubs these players went to after leaving Celtic?
You may also like
2 years ago
From winning a first ever Fitzgibbon game in 2015 to a final just three years later - DCU's rise
2 years ago
Six mouthwatering marking duels set for Fitzgibbon Cup final
3 months ago
Cork the League specialists as Tipp aim to upset the apple cart
3 months ago
“I actually feel like I’m dreaming. I thought it was gone"
4 months ago
“We were born into it. We don’t really have much of a hope!”
4 months ago
Lengths Cork star went to just to make training shine light on tireless commitment levels
Next Page