It is refreshing to hear Cathal Murray discuss the honour of being chosen to manage the fortunes of Galway Camogie at adult level.

He has barely missed a beat this year, having initially come in at the end of the 2018 League campaign. The results are there for all to see. In the physical conditioning, in the tactical nous and preparation, in treating the players as elite athletes, be that in providing post-training meals or the utilisation of cutting-edge performance analysis tools such as live GPS trackers, in the fact that all those details have added up to appearances in both the Liberty Insurance All-Ireland Senior and Intermediate Camogie Championships Finals tomorrow.

All those details improve teams but they remove excuses too, delivering the message that what they are doing is important and that they are worthy of high performance training. That has undoubtedly had a part to play in the mental improvement we have witnessed this year. And with each recovery from a trying situation, the belief only becomes stauncher.

Having already garnered League honours and now with a double date in Croke Park, things couldn’t be going much better. 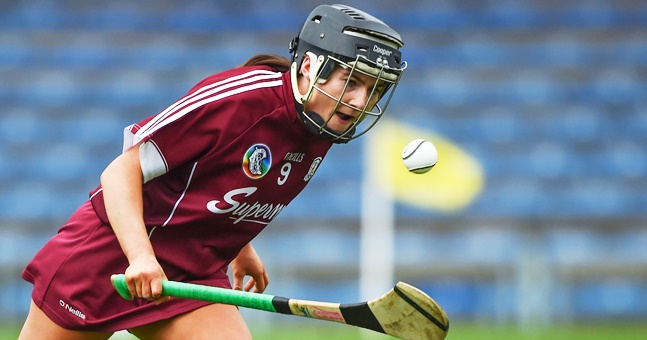 “They can go a lot better hopefully if we win the two of them” notes Murray, accurately. “But the goal at the start of the year was to get two teams to the All-Ireland Final. The Intermediates were beat by Cork last year in the Semi-Final and (the Seniors) had been beaten by Kilkenny. We always wanted to go a step further this year to make a bit of progress anyway.”

Murray was manager of Sarsfields hurlers when he stepped into the fold but relinquished that role once their campaign ended. 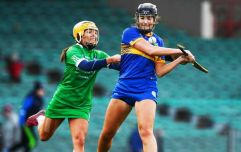 END_OF_DOCUMENT_TOKEN_TO_BE_REPLACED

“If you are going to do the job you have to do it right. The Camogie was always going to win that battle.”

That is saying something, given that Sarsfields is his club, that he played for them in an All-Ireland Final at Croke Park at the end of his debut season in March 1998, and was player-manager when the East Galway outfit garnered their last county title four years ago.

“What attracted me is you are getting the chance to be managing the Galway Senior team. It is a huge honour to manage your own county. And I would know the Camogie scene and these girls have been there or thereabouts in the last few years. There was huge talent there.

“I saw it as a big challenge, go in and see how it went. The five months we were in it last year was tough because we only came in half-way through the year. But looking at it from this year’s perspective, it was brilliant to get them five months because you knew an awful lot about the players. The players learned an awful lot about us as well. You weren’t starting from scratch. We knew where we needed to change things.

“It was brilliant to go back in November and December and start a proper pre-season. You had that in-depth knowledge of what went on. And you learn an awful lot.”

“We treated the League seriously. We wanted to win every game. It was a great confidence booster to have drawn against Cork. We were under real pressure that day. We had led at the start and Cork got back level. They had a big breeze behind them in the second-half. It was very important we didn’t lose that match. We got a draw out of that. We just built a bit of momentum out of that and won the League.” 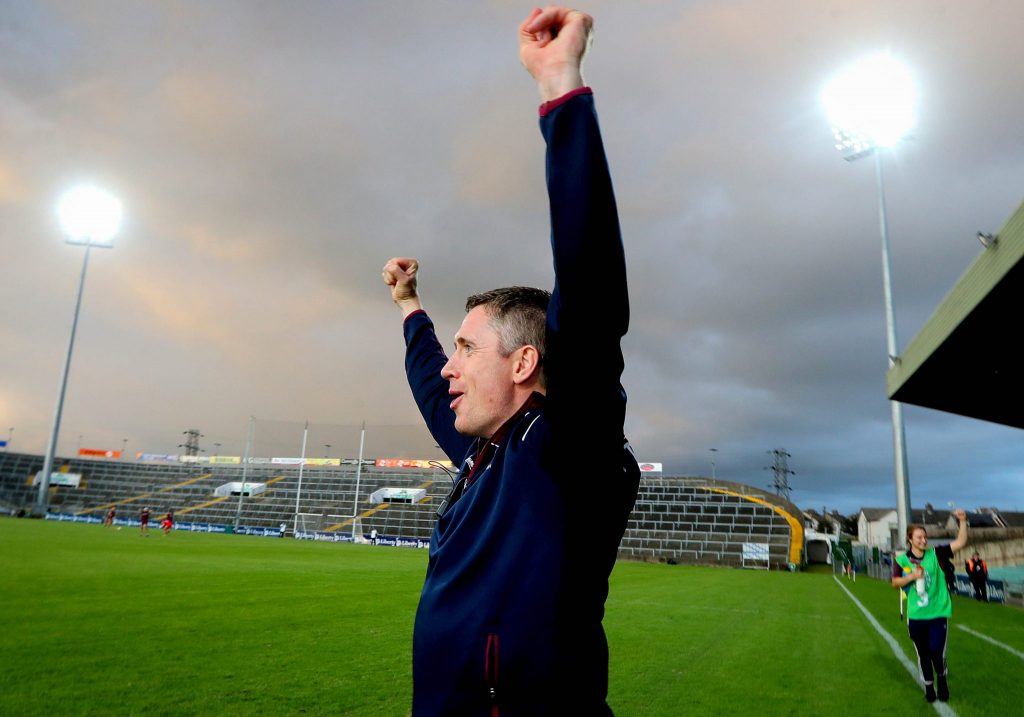 That provided affirmation for what they were doing and any notion that they might be playing too well, too early was dispelled by their combination of fluidity and resolution in the Semi-Final defeat of Cork.

END_OF_DOCUMENT_TOKEN_TO_BE_REPLACED

“Our job is to make sure we have the most professional set-up. Give the girls a platform that they need to perform. We try and do everything that we can do within reason, within budget.

“The strength and conditioning is one area where we have really concentrated on. We didn’t feel we were as fit as we needed to be. We certainly weren’t physically as strong and we put an awful lot of effort into in November and December.

“Robbie Lane is full-time strength and conditioning now in Galway, looking after Minors, Intermediates and Seniors. That is huge for us in fairness. He has put in a massive effort. We are a lot more physically strong. We are a lot fitter. That is showing in our results.

“It was a huge performance against Cork. I think the best part of it was we conceded a goal early in the first half. Our response to that was brilliant. We always talk about that you will have setbacks but you need to respond in the best way to them. It is great that our response was so good. Normally a team goes into their shell and concedes a couple more points after that. We reacted and our reaction was very good.

“In all the matches this year they reacted. The second-half (of the Quarter-Final) against Waterford. In the League Final against Kilkenny when Kilkenny came back to a couple of points we pushed on again. In the Cork game earlier on in the League, it was a big thing. We have confidence. Winning breeds confidence as well.”

The Intermediates have completed their end of the bargain too and Murray has had some hectic days combining the responsibilities. The experience of being player-manager, where he had to deal with different mental processes and delegate roles should stand to him.

He has had to leave some Intermediate games early and though he hadn’t considered the logistics of tomorrow when this conversation takes place, he wasn’t stressing.

As for the main event, Murray is full of praise for Kilkenny.

“Try and get a performance is the main thing for us and hopefully that will be good enough to win it. That is what we are looking to do. We beat them in the League.

“They are a great team. They have serious forwards; the likes of Katie Power, Anne Dalton, Denise Gaule, Michelle Quilty is flying it at the moment. Davina Tobin and Grace Walsh are two of the best defenders in the game. They have huge players.”

Murray knows that he has too though and that he could not have asked any more from them in the last 11 months. The ultimate examination is now.


popular
Carragher pushes all the right buttons and Keane delivers in gold
Jermaine Jenas' reaction to Eamon Dunphy punditry is absolutely hilarious
Ireland name team to play England
Conor McGregor's next fight narrowed down to two options
"At the end of it, you're just saying, 'thank God I didn't block that ball down'"
The Tony Kelly show in the storm as forgotten man Shanagher shows his worth
Rovers to continue Direct Provision initiative for 2020 season
You may also like
5 months ago
Murray's courage of conviction shouldn't go under the radar
5 months ago
Despite playing county, Aoife Donohue never misses a training session for her club
5 months ago
Best of rivals all set for another gripping camogie finale
5 months ago
"I took a risk two years ago to step back from the soccer and I was lucky enough"
5 months ago
Previewing Sunday's scintillating Junior and Intermediate camogie finals
6 months ago
"We were just brilliant, thank God" - Galway buzzing to be back in the big time
Next Page