Despite having gotten the better of All-Ireland champions Cork in the Semi-Final however, the presence of Galway in the opposite corner ensures that they will have to dig very deep indeed if they are to emulate the Cork seven-in-a-row crew of 1995-2001 and the 1987-90 Kilkenny unit that included current manager Ann Downey.

Success would also move the Black and Ambers to within one of Cork at the top of the roll of honour with a 15th title, while Galway are pursuing a fifth Division 1 crown, the most recent of which arrived in 2015.

The westerners have struggled for managerial consistency in the interim, and that has had an inevitable impact on results. Cathal Murray took over the reins ahead of the 2018 Championship and was a fifth manager in four seasons.

A former defender of renown for Galway and Sarsfields, Murray was player-manager as his club ended an 18-year famine in the ultra-competitive County Senior Hurling Championship in 2015. He certainly appeared to bring considerable steel to his new charges in a short space of time and they were neck and neck with Kilkenny in last year’s All-Ireland Semi-Final until conceding a goal in the closing stages to Katie Power. 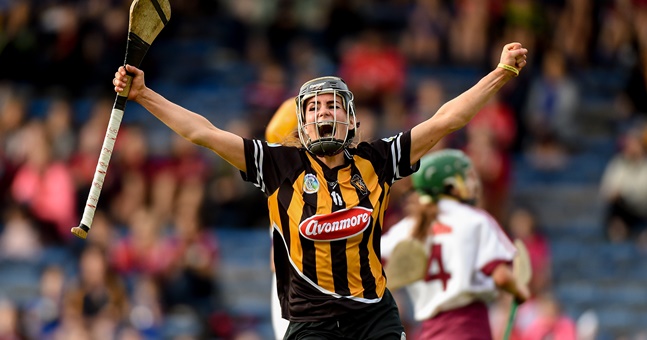 They appear to have continued to move in the right direction, matching industry and defensive resolve with the attacking prowess for which they have long been renowned.

They began with an eight-point victory over Tipperary before annihilating Wexford and then having eight points to spare again on Waterford. A gritty draw with Cork secured top seeding on score difference.

That set up a Semi-Final against Limerick, who had themselves enjoyed an excellent campaign, their only reverse coming by a point to Kilkenny. With that in mind, the manner in which Galway dismantled the Shannonsiders was eye-catching indeed, goals from Niamh Hanniffy and Ailish O’Reilly helping them to a 16-point triumph.

There are so many familiar names that trip off the tongue – Niamh Kilkenny, Sarah Dervan, O’Reilly, Aoife Donohue, Lorraine Ryan and Niamh McGrath among them. Carrie Dolan is one of the younger squad members who has really come into her own with the benefit of last year’s experience in the locker, while Hanniffy has been a handful for defences with her direct running and eye for the opposition net. 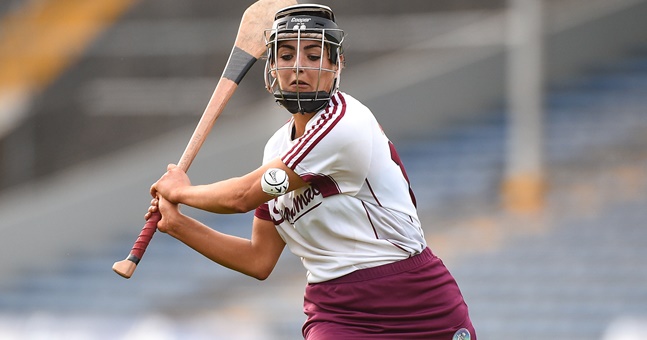 END_OF_DOCUMENT_TOKEN_TO_BE_REPLACED

But Kilkenny have been one of the top two teams in the country for a sustained period now, appearing in five of the last six All-Ireland Finals, and victorious in 2016, in addition to their National League dominance.

They emerged from the group stages with a 100 per cent record and met old rivals Cork in the Semi-Final. They have had the upper hand over the Rebels in the spring competition in recent years and maintained that trend with a three-point win. They will be desperate to replicate that at the business end of the Championship but that is another day’s work.

Right now, they will be pleased to be on a winning run despite being without Shelly Farrell for the season, last year’s captain having gone travelling, and looking to build their squad depth, the likes of Niamh Deely, Kelly Ann Doyle and Michelle Teehan among those seeing plenty of game time.

Many of the reliables are still there of course – Denise Gaule, Katie Power, Meighan and Anna Farrell, Michelle Quilty, Davina Tobin, Claire Phelan and 2018 players’ player of the year, the majestic Anne Dalton, whose scoring rate has increased notably with a more advanced role to date than in previous seasons.

Dalton excelled as the Cats cleared the penultimate hurdle, finishing with four points from play out of the winning tally of 12. Kilkenny laid the foundation for their win when trailing by just a point at the interval, having played into a very strong wind.

Galway possesses the talent within their squad to beat any team and will surely recall how hard they pushed Kilkenny last August when looking for encouragement. This is one that could be in doubt right to the end.


popular
Can you name every English football club that begins with 'W'?
James Haskell on text exchange with Peter O'Mahony after Ireland's victory over Scotland
The SportsJOE 12 o'clock quiz | Day 105
The SportsJOE 12 o'clock quiz | Day 103
Ronan O'Gara shares class Johnny Sexton story ahead of World Rugby awards
"Shane was just gifted. He could play centre back, centre forward, he had everything"
Fines and suspensions in Tipperary after stewards enquiry
You may also like
5 months ago
Heartache, trauma and serious injury but Power just can't ignore the grá for it
8 months ago
Dealing with heartbreak and reminiscing on the glory days - The Downeys are two of a kind
9 months ago
"Our fathers have a farm together. So we would have grown up together."
9 months ago
Despite playing county, Aoife Donohue never misses a training session for her club
9 months ago
Best of rivals all set for another gripping camogie finale
10 months ago
Blockbuster camogie semi-final boils down to last four standing
Next Page