Kerry O'Flaherty: I waited 22 years for my Olympic dream

'I suppose the Olympic tattoo on your ankle might be a good starting point for our interview,' I said to Kerry O'Flaherty on the upstairs floor of Dublin's D-Light studios.

O'Flaherty had just sat through the last 10 minutes of my previous interview with Mick Clohisey and waited patiently while the Irish national marathon champion explained the difficulties he endured at the 2016 Rio Olympic Games.

Clohisey had been struck down with an infection just days before his race and braved his way through a very difficult run, and while he enjoyed the experience as a whole, he had some regrets about the circumstances that surrounded his performance. 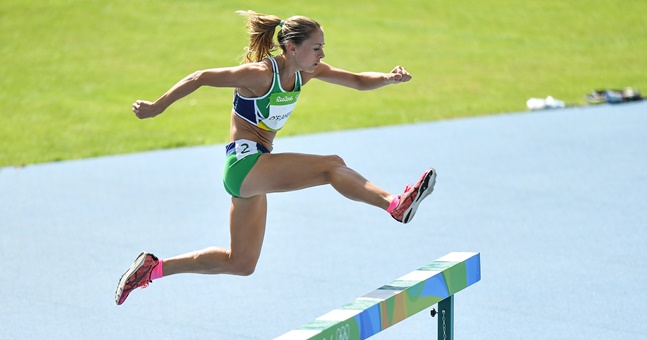 O'Flaherty enjoyed a much better time of it in Rio and clocked a season best of 9:45.35 in the 3000m Steeplechase final, just three seconds off her personal best.

Her performance was made all the more impressive by the fact that she was 35 when she made her Olympic debut despite spending decades dreaming of representing Ireland at the Games.

College, narrow misses, redundancies and a range of different jobs occupied the preceding years and waiting for our interview to begin was really only beginning to scratch the surface in comparison to the patience that she showed before fulfilling her lifelong sporting ambition.

"So many years went into it," O'Flaherty said at the launch of the KIA Race Series which hosts nine regional races in seven counties across Ireland.

"From being that 13-year-old that started running a road race all those years ago to 22 years later I'm standing there in an Olympic stadium with my family in the crowd.

"I just remember everybody supporting from back home. They put posters up, they put banners up, people had parties, there was even an ice cream parlor from my hometown that named ice cream sundaes after me.

"There was an electrical shop that had Henry Hoovers on a red track and the green Henry Hoover had my name on it with an Olympic flag put up. It's really nice to see the support coming from home because you're in this Olympic village and everyone is competing. You're on the wind down before your race, the nerves start to set in and you get all these nice messages to remind you who you're representing."

The green emblazoned hoovers were a nice reminder of the support at home if the green vest on her back wasn't enough of a reminder at the Games but it was such a long journey for O'Flaherty who gave up competitive athletics during her college days at UUJ in Jordanstown.

The commute from Newtownards was proving too difficult while after college she kept missing out on qualifiers for the 1500m and 5000m races, which eventually led to her transition into the steeplechase at the age of 30. 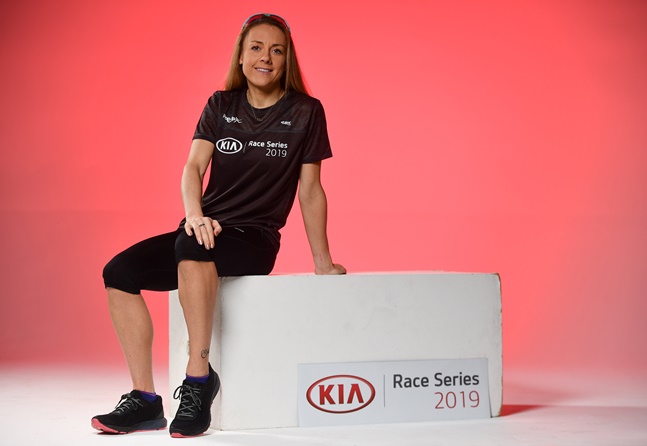 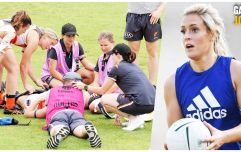 END_OF_DOCUMENT_TOKEN_TO_BE_REPLACED

However, redundancy followed and in 2009 she made the decision to pursue athletics full-time at the age of 28.

"I continued to work part-time because funding was limited. I was working part-time as a supply teacher and I had done that from 2009 onwards. In 2016 I made sure it was clear and I would maybe do the odd day or something but if something came up it was all about the Olympic preparation.

"I wanted to be in top form and run the best I could. I sit back and pinch myself now. I actually made it. I think the realisation was that morning of getting up early, meeting your coach and team manager in the canteen, you have your breakfast in the canteen and the reality hits you then; I'm getting on this bus and going to the Olympic Stadium.

"Then you get there and you go into the call rooms and that's where the real realisation is. You walk from the call room under the stadium where thousands of people are sitting and you come out into that stadium, onto that start line and you realise I'm finally here.

"All those years of niggles, injuries, being upset at trying and trying to get here and now I'm finally here. It was very, very emotional. More emotional than it was exciting."

However, once O'Flaherty took off from that start line the emotion dissipated and the adrenaline suddenly increased. The competitiveness came out and it took her to a season best.

During the summer a friend of mine got a tattoo depicting a man walking towards the sun on the back of his calf. 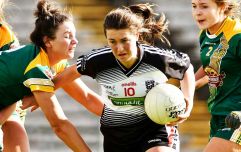 END_OF_DOCUMENT_TOKEN_TO_BE_REPLACED

She set a personal best in the steeplechase of 9:42.61 at age 34 and at 37 she has no immediate plans of stopping.

She ran at the European Cross Country Championships earlier this month and she will run again at the KIA Race Series next year after winning five out of five races in this year's event.

It wasn't the conventional route but when you're standing there living your dream and looking at your family in the crowd, who really cares what's conventional?

The second nationwide Kia Race Series proudly brought to you by Pop Up Races was today launched by Olympians Kerry O’ Flaherty and Mick Clohisey. The 2019 edition aims to continue to drive on standards set in 2018, with eight course records broken and numbers entered in the races in the series up 29%. The male and female winner of the Kia Race Series will get to drive a brand-new Kia Stonic for one year and there is the added incentive of €9,000 bonus funds on offer for course records. Kia will also be offering a “Masters” (O40 in year of series) prize of a trip for two to the European Masters for both male and female winners.

There are nine regional races in seven counties across Ireland in this year’s series which will start in March with The Streets of Portlaoise 5k. It is open to all abilities and is encouraging runners to #runyourrace, be it for fun, to set a personal best or to take on your first 5k. For more details and to enter on-line go to popupraces.ie 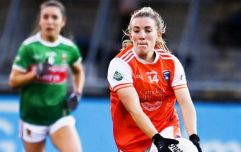 "I kitted it out in the first lockdown, so I am working away on my gym-based stuff"

END_OF_DOCUMENT_TOKEN_TO_BE_REPLACED


popular
Roy Keane's first impression of Cristiano Ronaldo proved to be very accurate
The SportsJOE 12 o'clock quiz | Day 290
Lady Gaga will perform Satanic ritual during Super Bowl halftime show, according to conspiracy theorist
Jurgen Klopp chases Sean Dyche down Anfield tunnel after half-time fracas
"I kind of decided on Hill 16, 'you're either going to do this or you're not going to do this.'"
Manchester City suffer Kevin De Bruyne injury blow
Jurgen Klopp on that Anfield tunnel run-in with Sean Dyche
You may also like
4 weeks ago
QUIZ: How well do you know Cool Runnings?
3 months ago
"They were like rock stars to us" - Gary and Paul O'Donovan on their childhood heroes
5 months ago
The Irishman who led the Olympics after some audacious gate-crashing
9 months ago
31-year-old Olympic gold medallist shares brutal Covid-19 experience
10 months ago
Euro 2020 may be postponed until 2021 but Olympics 'pressing ahead'
1 year ago
"All I've done through my whole life is play for Ireland and why would that change?" - Rory McIlroy
Next Page