CAMOGIE has always been important to Caoimhe Costelloe.

It still is, to the extent that she is not doing handstands just yet even though the Limerick team she skippers are on the verge of securing a place in the Liberty Insurance All-Ireland Senior Camogie Championship Quarter-Finals for the very first time with a game left to play.

That game is against Kilkenny in Callan this evening (5pm), so it is probably wise to put the back-patting on hold. Anything but a win for Wexford against Galway tomorrow alone will guarantee Limerick’s progression regardless of their own result.

For Costelloe though, it runs deeper. She acknowledges that making history, particularly after taking longer than they would like to have done so, would be a fine achievement. But it will have taken longer than she would have liked.

After all, Limerick have reached the last five Division 1 League Semi-Finals. They defeated Cork to claim their first Munster Senior Championship in 2017.

So many of them were part of another history-making outfit, Limerick’s first All-Ireland Minor A champions in 2014. Costelloe, the captain, scored 2-6 in the replayed defeat of Cork and along with three teammates, contributed to the Shannonsiders’ All-Ireland Intermediate success later that year. Manager Joe Quaid picked Costelloe in an unfamiliar role in which she flourished. He knew what he had on his hands. A goalscorer in 2011 when the Under 16B title was annexed, Costelloe excelled in talent but also in responsibility and leading by example. 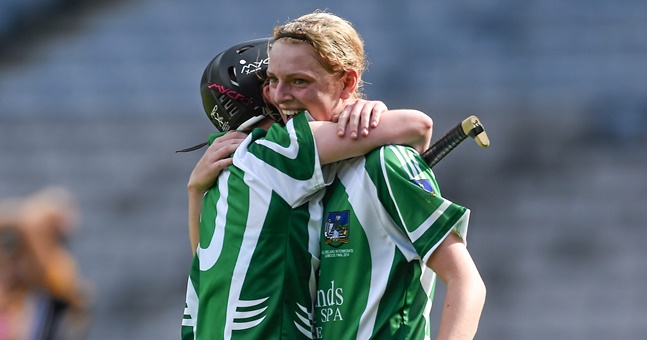 The Adare star was accustomed to meeting the high standards that she set herself. Now 23, she realises that it wasn’t practical to have such lofty aspirations as expressed in the first few seasons at the highest level, not to mind prior to their first one back in the big time.

You live and learn but Costelloe was always a leader and won’t be apologising for demanding the very best from herself. 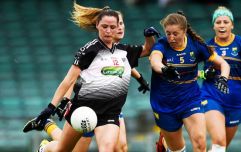 END_OF_DOCUMENT_TOKEN_TO_BE_REPLACED

“We are playing a very long time now, an awful lot of us. When we made the step up in 2014, maybe we were a bit naïve that we thought we would be there or thereabouts come Senior” she asserts.

“But it has taken us a very long time. We have had some very hard days since 2014. Of course there is that bit of relief (in having qualified). You can kind of hurl without that expectation or pressure of a result really.

“We have been taking it game by game and focusing on the next performance. Now that we are at Kilkenny we can address it this week and see what is the best route forward for us. We are looking forward to the challenge that they will present. They have some of the best Camogie players in the country. To be rubbing shoulders with them and giving a good account of ourselves in the meantime is the aim.”

Earlier in the year, teammate Muireann Creamer said that part of the Limerick players’ problem had been that they had looked beyond immediate challenges.

“There is no denying it. When the group stages come out and you see who is in your group, you think that is maybe where I can pick up points. You are looking at potential results as opposed to looking at ourselves. And how as a team we could put our best foot forward.

“There is frustration in (not qualifying) and you are training hard as a group. You are getting knocked down and there is that desire to get back up again. Some people deal with it better than others. It is very much something that we focused on this year. Trying to get the best out of each other and the best out of yourself. At the end of the day that is all you can do. Then hopefully the breaks go your way.”

But life experience has given Costelloe plenty of context. Apart from bagging two All-Ireland medals in 2014, Costelloe also did her Leaving Cert and achieved her desired goal of a place in the teacher training college at Mary I.

Now, she has a full-time job as a learning support teacher at her own alma mater in Our Lady’s Abbey Girls’ primary school in Adare. Needless to say she is training the Camogie team, along with Jody Hannon, brother of Limerick’s All-Ireland-winning hurling captain, Declan. It is a role she relishes. 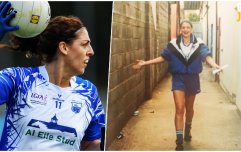 END_OF_DOCUMENT_TOKEN_TO_BE_REPLACED

“At that age you just want them to enjoy it and get the best they can possibly get out of the game. It is something I do really enjoy. I am aware of the fact that being from Adare, I am a good role model for them. If they ever have a question they can approach me and look for advice.”

It mirrors her professional job.

There is tremendous satisfaction in seeing children progress, coming out of their shells, overcoming a fear or hurdle to suddenly feel more comfortable around the school.

“They believe in themselves as opposed to me being the one that is forcing them to believe. It is incredible. A little bit of confidence, no different to when you are playing sport, a small bit of confidence can go a long way into achieving what you want to achieve in life.”

“Being a teacher does put everything into perspective. I think back to when I was there. See how far I have come and the impact that my teachers in that school made on me. How I became an athlete and how I became as a person. It is something I am very aware of. I have that bit of responsibility as well on my shoulders. To ensure the way I was brought up and the opportunity that I was given in school, that I can give every opportunity to the children I teach as well.”

Listening to those words, it is easy to understand why you would want Costelloe as your captain. And while she understands that there are more important things in life, that realisation should never be mistaken for giving anything other than all that is in you.

The Quarter-Final would be great great, but it is down the line. Kilkenny represents the immediate task at hand, but it is more than that. It is an opportunity.

“Kilkenny are an incredible outfit, and top class Camogie players in their side and even on their bench. We know that it is going to be a huge task and something we are looking forward to. It is an opportunity to go out just and test yourself.”


popular
Conor McGregor demands apology from ESPN pundit over Cerrone comments
Kerry vs. Dublin ends in meleé, and a draw
Two giants rise above the fray
Wexford trailblazers go down but father and son show why club GAA is best
David Clifford leaves Dublin for dead to score sublime goal
Charlton want Troy Parrott on loan until end of the season
"I want to be myself... Imitation's not a great thing, you know?"
You may also like
4 months ago
Previewing Sunday's scintillating Junior and Intermediate camogie finals
3 months ago
PlayXPlay | Nicole Owens interview on ACL rehab and helping the team when injured
3 months ago
"For Aoife to hand me the cup, it was brilliant, we all support her"
3 months ago
Ballymacarbry: 38 years of winning
3 months ago
Ciara Mageean's training diary: Three sessions a day, Sunday morning mass and minding the mental side
3 months ago
"My passion was camogie, athletics was going to be kicked to the curb"
Next Page