“They had to do fundraisers there two weeks ago. Anything I have asked of them"

Louth manager Darren Bishop praised his squad’s dedication and the sacrifices they have made after they stormed past Fermanagh to win their third TG4 All-Ireland Junior Championship in great style.

Kate Flood did most of the damage at full-forward for Louth, and her first-half goal was added to by her colleagues in the inside line as Lauren Boyle and Niamh Rice hit the net in the second period. 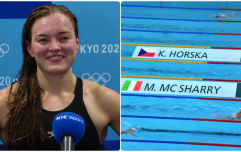 END_OF_DOCUMENT_TOKEN_TO_BE_REPLACED

Fermanagh fought back bravely and Lisa Maguire and substitute Aisling Woods scored goals, but victory for Bishop’s side was never in doubt.

“You go up to the changing room this year and it is full of joy. As individuals they are a phenomenal group,” said Bishop, who managed Louth to defeat against Limerick in last year’s final.

“They had to do fundraisers there two weeks ago and they were fantastic at that. Anything I have asked of them (they’ve done). When it comes to training they have always followed through with it. They have sacrificed a lot. 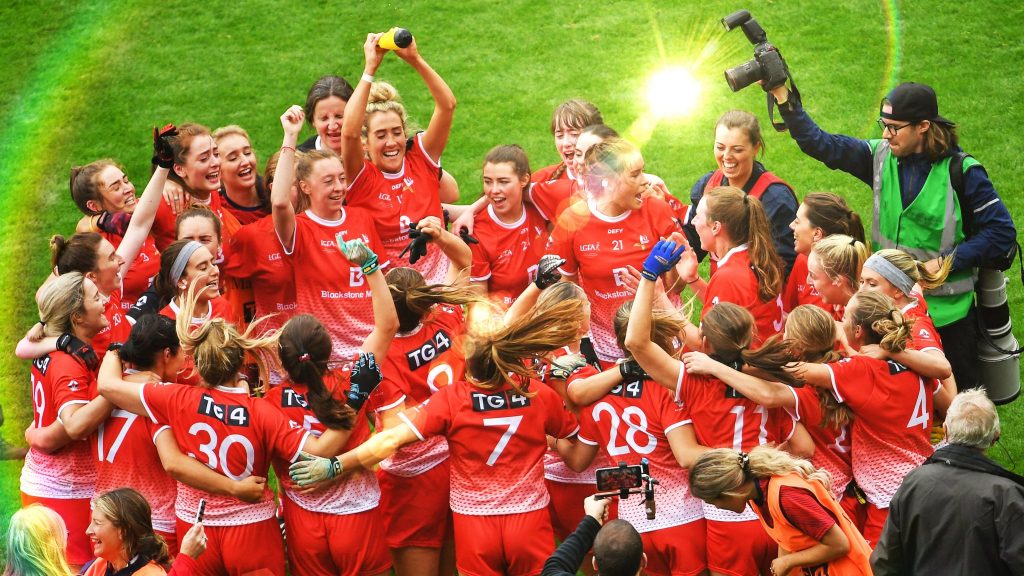 “But at the back of it all they weren’t happy with how things went last year. It is a learning curve. Not too many people have the opportunity to manage a team in Croke Park. I have done it two years in a row and have learned a lot from last year. This year we had the full year to work with them and thankfully they performed.”

With Flood to the fore Louth raced into a 0-3 to 0-0 lead, and although Eimear Smyth hit back with a couple of frees, Flood’s cracking goal five minutes from the break put Louth 1-6 to 0-2 clear at half-time.

Three quick points saw Louth stretch their lead after half-time, but they were cancelled out in the 38th minute when Lisa Maguire hit the net for Fermanagh. A Rice point and a Flood free settled Louth again, before Rice ended Fermanagh’s hopes with their second goal 12 minutes from the end. 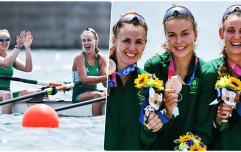 END_OF_DOCUMENT_TOKEN_TO_BE_REPLACED

Boyle brought the full-forward line’s tally to 3-12 with five minutes to go, and although Woods scored a consolation goal for Fermanagh they were soundly defeated by the champions.

“We didn’t play to our potential and that will be the disappointing thing for the girls,” said Fermanagh manager Jonny Garrity.

“If we had played as well as we possibly could have it may have been some consolation. There is consolation to be taken from that in that we know we can get back here and go one better in the final.
“They were fantastic, we knew that they were a very dangerous full-forward line. We struggled to get to grips with them. Their delivery was good and they hurt us at times.

“We would probably be looking at more from us to force the game on them, get them turned on their heel. But it didn’t happen.”


popular
Paul O'Donovan busts the cliches and leaves the mystery behind him in one more emphatic interview
Ireland's rowing heroes on what everyone was shouting as they beat Team GB to bronze
BREAKING: Grainne Murphy issues heartfelt statement as she retires from international swimming
Aidan O'Shea on gym work, training over lockdown and the importance of younger players bulking up
Next time someone doesn't cut you slack for commuting to training, show them Joe Canning's words
Warren Gatland with great response after being asked if he'll set up Twitter account
Rory McIlroy's true allegiance summed up in one text message to Justin Rose
You may also like
2 years ago
Limerick hero's passionate post match interview sums up how much All-Ireland win meant
1 month ago
Aoife Doyle scores a goal so good that you'll have to watch it twice
1 month ago
Tyrone shoot the lights out with no fewer than 11 goals against Wexford
1 month ago
"You’d be blessed to play anywhere on the field" - Teehan taking her chance
1 month ago
"I felt last year we didn’t really click. I don’t know what it was."
1 month ago
"Mam and dad would have to tell me to stay at home and I'd be kicking up about it."
Next Page