Double header live on RTÉ as camogie gets top billing

There's a double-header of camogie quarter finals live on RTÉ Two this Saturday.

For the Banner county it has been a positive Championship campaign to date, and they will take massive pride knowing that this is the first time since 2014 that they have reached this stage of the Championship.

The highlight for the yellow and blue side was a fantastic victory in their final group match against Dublin, coming out with a 1-18 to 1-7 victory to clinch their place in the knockout stages.

Having been drawn in Group 3 of the Championship, alongside Dublin and Tipperary, one victory from their two games was enough to earn their spot, but they were made to work hard for that chance after leading by just two points at the interval, 0-6 to 0-4 against the Sky Blue outfit.

Their first group match did not exactly go as planned as Tipperary breezed past Ger O’Connell’s side by 0-20 to 1-8, after leading by the same margin of nine points at the interval. With Dublin also losing their fixture to Tipperary, it meant that it all came down to that last group fixture between themselves and the Dubs for that last spot. 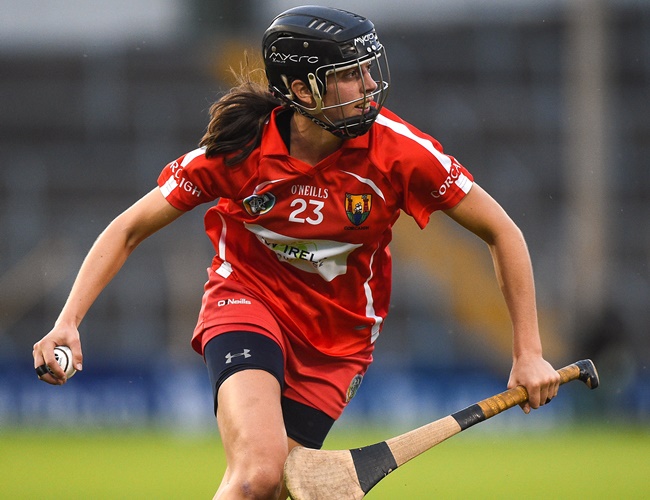 In that pressure match, and playing on home turf, the Banner women showed their quality in the second-half and proved their worth with a surge of scores including a goal from Mairéad Scanlon, combined with excellent defending from centre-back Niamh O’Dea who claimed the Player of the Match award.

An attacker like Chloe Morey would be welcomed onto every county panel, and there is no doubt that having the quality in defence that O’Dea showed last time out provides that bit of confidence amongst the players in the Clare dressing room that they have the quality to hurt teams on their day. 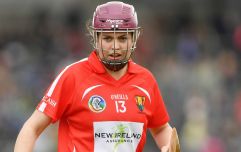 END_OF_DOCUMENT_TOKEN_TO_BE_REPLACED

The goal for Clare at the beginning of the campaign was progression to the knockout stages, so with that goal ticked off the list, their next one will be to overcome a powerful Cork side who are looking to make yet another Semi-Final.

Very rarely do we reach the knockout stages of the Senior Championship without the Rebels being one of the teams competing for the honours and despite the varying degree of differences that 2020 has brought both inside and outside of sport, it seems like business as normal for this Cork Camogie side.

Having been drawn in Group 1 alongside reigning champions Galway, and Leinster outfits Wexford and Offaly, it was a group that was sure to test the strengths and weaknesses of the Munster team.

An away trip to the Faithful County was to be the beginning of the Championship journey for Paudie Murray’s side however a walkover from the home side put Cork’s Championship start on hold.

After that delay, Wexford were the first opponents for the Rebels in the campaign. The margin of victory over Wexford was 10 points but the scoreline may have been harsh on their opponents on

the day. Two late goals from Amy O’Connor and Saoirse McCarthy added to a hefty winning margin with Orla Cronin and O’Connor in clinical form on the day and also throughout the group stages.

Then came the repeat of last year’s epic Semi-Final showdown between the Tribeswomen and the Rebels! While it wasn’t the same fierce contest as the previous season it still produced moments of magic.

Despite losing the game by three points Cork will not be too disappointed as a missed penalty in the opening minutes of the game could have provided a different outcome as Chloe Sigerson put her effort straight at goalkeeper Sarah Healy.

They matched the champions for skill and work ethic and the defeat will bring its own positives, mainly that this team are still evenly matched with the team that snatched the title from them 12 months ago!

Group 3 winners Tipperary make it back to the knockout stages after two impressive showings en route to this stage. It continues to be an impressive year for the Premier County, and they have carried over their extraordinary form from the start of the year into their Championship campaign.

First up for Bill Mullaney’s tribe was a home fixture against their Munster counterparts Clare in what turned out to be a very impressive performance despite going down to 14 players for the final 10 minutes of the match.

Having qualified for the Semi-Finals for the last two seasons, their experience showed through from the first whistle using the aid of a strong wind to secure a 0-13 to 0-4 lead at the interval. Dual star Aisling Moloney chipped in with vital scores from her midfield position while the ever reliable Cáit Devane showed yet again her class in front of the posts.

The second-half proved similar to the first with the home side closing out the game by knocking over another seven points. The only blemish in the campaign to date came after 50 minutes when Moloney, who had a mightily impressive match to that point, was red carded for an off the ball infringement, meaning she would miss the remaining group match and also this weekend’s fixture. 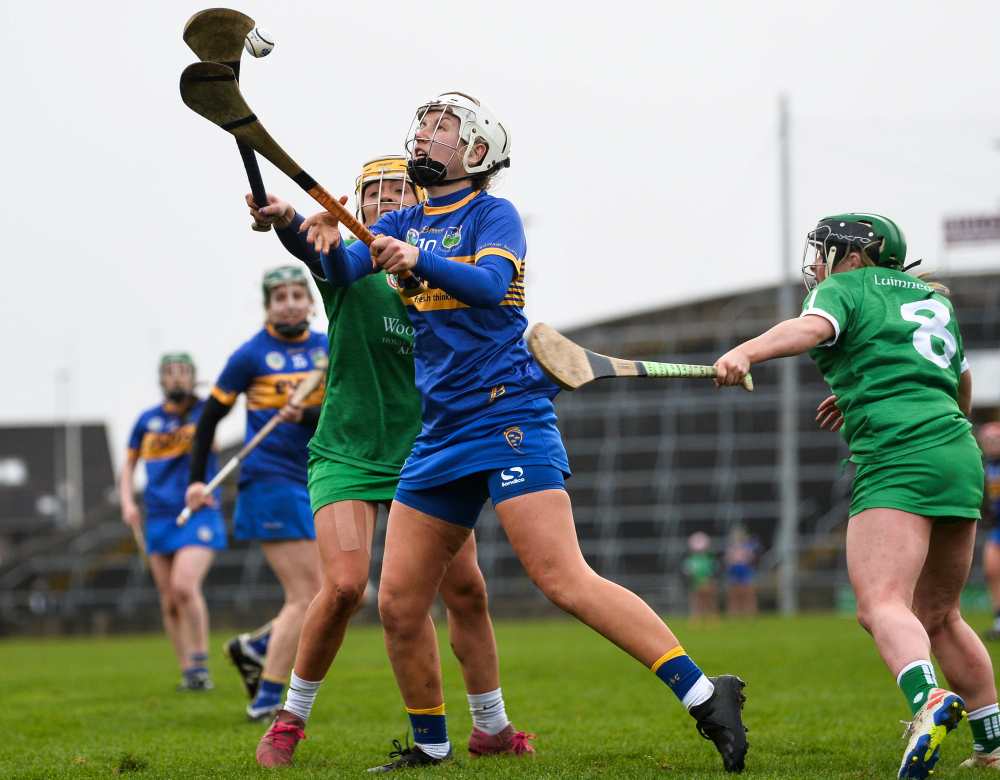 2 February 2020; Nicole Walsh of Tipperary in action against Karen O'Leary, left, and Katie Hennessy of Limerick during the Littlewoods Ireland National Camogie League Division 1 match between Limerick and Tipperary at LIT Gaelic Grounds in Limerick. Photo by Diarmuid Greene/Sportsfile 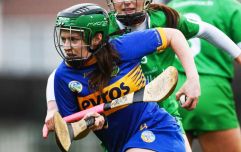 END_OF_DOCUMENT_TOKEN_TO_BE_REPLACED

As it turned out they had more than enough firepower in the side to cope with her absence as they overcame the Dubs on opposition soil in their second group outing. Unlike their first game, this one was a much closer affair with only five points separating the sides at the final whistle.

Their 1-13 to 0-11 victory meant progression to the knockout stages as table toppers and they have set up a mouth-watering clash against another of their Munster counterparts Waterford.

An Déise are also making a habit of qualifying for the knockout stages having secured the same status last season. This year it came after finishing in second place in Group 2 which featured Kilkenny, Westmeath and Limerick.

An opening round defeat at home to Kilkenny may have disappointed the side but the seven-point margin only spurred on the Munster side in their remaining group fixtures.

Their next outing was mightily impressive, easily defeating Limerick by 2-15 to 0-9 thanks to two goals from Player of the Match Niamh Rockett.

All-Star Beth Carton also produced a clinical display in front of the posts for the Blue and Whites, meaning one more victory over Westmeath would be enough to secure their passage to the knockout stages.

Knowing the task at hand, Waterford went about their business in the last fixture with great effect, scoring 2-17 and conceding just 10 points to last year’s Intermediate champions Westmeath. Another fantastic performance from Carton (1-14) put the Leinster side to the sword who will go into this weekend’s Quarter-Final full of confidence.